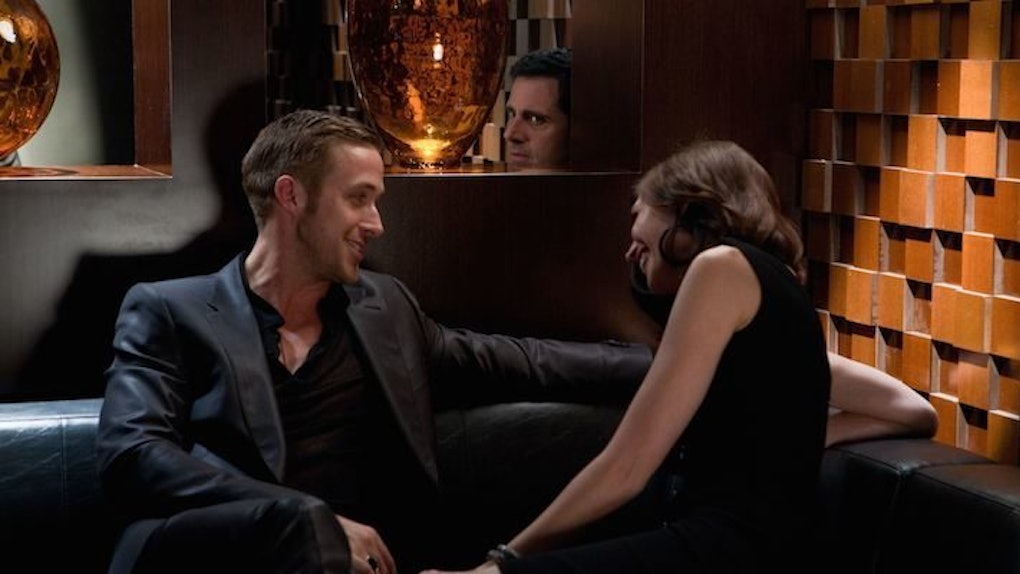 5 Things I Learned About Authenticity In The Pickup Artist Community

My teenage years were anything but normal.

I faced traumatic verbal abuse throughout high school, and I watched as my family crumbled within the span of a decade.

As you can imagine, this did a number on my confidence. In short, I had none.

Unfortunately, this didn’t bode well for my interactions with women.

At first, I was clueless when it came to talking to women. I then became fearful after I realized how clueless I truly was.

Eventually, I saw every “failed” attempt with women as an affirmation of my already low self-image.

Something, however, kicked in during my late teenage years. I finally decided to learn how to communicate with women from “professionals.”

The Internet was quick to introduce me to the world of the pickup artist, or PUA for short.

With the help of dating gurus, online seminars, forums, ebooks and dozens of articles, I submerged myself into the depths of the dating world.

In the end, my perspective completely changed.

I came away with valuable lessons I never expected, and ironically, most of them didn't have anything to do with women.

Here are the top five things I've learned from being in the pickup artist community:

1. All I ever wanted was a girlfriend.

When I first began my journey into the pickup world, I thought I’d be the happiest man if I only could get a woman’s number.

I made this my primary goal. I learned several nearly bullet-proof techniques for getting a woman’s number within the first few minutes of meeting her.

I had one problem, though. None of the women would call me back.

My goals then evolved to getting first dates. (You can see where I’m going with this.)

However, none of this was fulfilling.

Scoring numbers and dates with random women, public makeouts and meaningless one-night stands truly didn’t appeal to me. If anything, I was quite repulsed by them.

The process was trying to tell me something, though. I simply wanted a girlfriend.

Other people might see things differently. It’s easy to get lost in the carelessness and frivolity of no-strings-attached relationships and the many games of the dating world.

In no way am I saying those people are wrong for indulging in them. But, I’d still take a committed girlfriend any day.

One of the things I heard PUAs across the board say was, “Fake it till you make it.”

I can successfully say this doesn't work. At least, it didn’t for me.

Suffering through all the abuse I experienced as a teenager left me with zero confidence.

So, I did what was recommended. I attempted to fake my way through the world.

I would assume the persona of movie characters and dating gurus. I changed my hair style multiple times to suit the generated images I had in my mind.

My interactions with others were how I perceived those people would act.

It was all a facade to hide the chaos going on inside me. But, people saw right through it.

No matter how hard I tried not to be me, that was all others could see. The fact is, who you are at your core will always shine through at some point.

Confidence arises from embracing that core, and no amount of faking anything will get you very far with other people.

3. It’s what’s inside that counts.

The most profound part of being involved in the PUA world was being introduced to the concept of “inner game.”

This is what dating gurus use to describe a man's core values and belief systems about himself and the world around him.

No amount of skills, pickup lines or clothing was going to grant me success with women if I didn’t have a deep love, respect and belief in myself.

All the techniques I learned on the outside — the fancy one-liners, the surefire tactics to “score” a woman’s number — proved to be fruitless, as I was virtually empty and struggling with myself on the inside.

This is how it is in all areas of life. We cannot hope to attract what we want unless we are full from within.

4. Authenticity and integrity are the most important.

You hear women say, “Just be yourself” all the time.

There is a lot of truth to that simple cliché, but men as a whole seem to have forsaken it all together.

Many a man has “been himself” and expressed his true love and feelings to a woman, only to be shot down and rejected.

Now, being honest with your feelings is very important. Many men, however, express their emotions and operate with women from a place of desperation and insecurity.

They feel the need to make their emotions clear due to a deep feeling of inadequacy.

Perhaps, if the woman knew how he truly felt about her, she’d be more open to accepting him.

Yet, being true to yourself means believing a woman will be attracted to you for who you are.

Being authentic and having integrity means being whole on the inside, and recognizing who you truly are is enough for others to love and accept.

Looking back, I am truly thankful for every interaction I've ever had with a woman.

Every one taught me more about myself, including what I like and don't like, my tolerances in others and my standards for relationships with people.

Most importantly, they taught me courage.

The pain of rejection is temporary.

Yet, the rush of adrenaline and the feeling of joy you get when you muster the courage to approach a woman and ask her out is truly a great reward.

It will set you apart from all the guys who fail to act when they see an attractive woman.

However, the courage and confidence it took to approach her is something you can apply rewardingly in many aspects of your life.

These were arguably the last things I ever anticipated learning from the PUA community, but they were lessons I needed to grasp.

The dating world can be frustrating and hopeless. If you’re like me, you might be starting out not knowing who you are or what you want.

It's important to be open to the possibilities because sometimes, the most meaningful lessons are the ones you least expect.