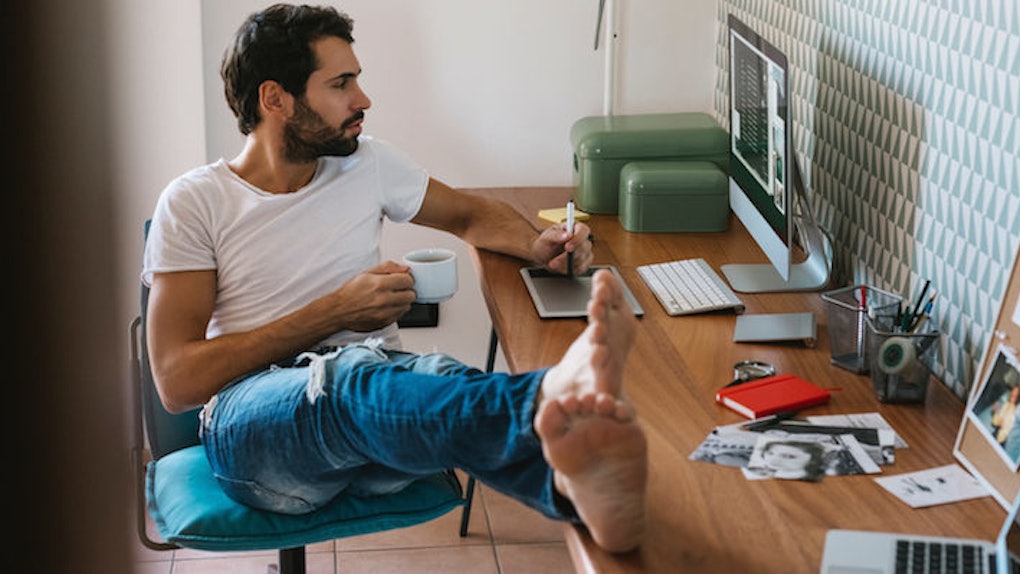 The Nouveau Boy In Town: 5 Ways To Get To Know The New 'Hipster'

And don’t even get me started on the “yuccie” (young urban creative), which is really code for “Hipster 2.0, only a little less cool.” (It’s pronounced “yucky” for a reason.)

But any label that’s an amalgam of such generics as “yuppie” and “hipster” isn’t innovative enough for our generation.

For 2015, it's all about the nouveau boy. This breed represents the best parts of Generation-Y: ambitious, worldly, techy and open-minded. If he’s from a well-off family and attended an Ivy League, he’s thankful of his privilege, not in denial.

And better yet, he gives back to his community. If he had to pay his way through college, he’s not bitter. In fact, the experience made him a more self-sufficient person.

He has a positive attitude about life, and he works hard toward his goals.

So, here are the nouveau boy’s defining characteristics:

1. The nouveau boy is ambitious without excuses.

Whether he’s a business type, creative type or something in-between, the nouveau boy is ambitious. He learns to work not only harder, but smarter.

He’s great at networking, even if he’s not a natural-born extrovert. He’s a man who uses his resources well, and he isn’t afraid to ask for help.

More importantly, the nouveau boy doesn’t make excuses. If he’s a creative type, he thinks about how his work is relevant to society.

If his creative work becomes stagnant, and his career isn’t progressing, he doesn’t blame society.

He maintains a good attitude and tries to find answers. There’s nothing a nouveau boy loves more than a challenge.

2. The nouveau boy loves flannel, but he knows when to throw out an old shirt.

The hipster may be dead, but as said by Alexa Chung, the hipster’s influence on fashion cannot be denied. From flannels to cardigans, and from scarves to vintage, our generation’s love of alternative clothing is mainly due to the hipster.

A nouveau boy doesn’t dress like a hipster, though. At most, he dresses like an upgraded hipster.

It’s not that the nouveau boy won’t need your sartorial advice, but he won’t purposely try to make himself look less presentable.

He takes his appearance seriously because he understands it’s the first impression people see (whether he likes it or not).

All in all, the nouveau boy dresses “less hipster in the coffee shop with a typewriter,” and more like a mix of Pharrell, David Beckham and Harry Styles (pre-2015, post-2012). He can also just look great rocking a t-shirt with jeans.

Plus, he won’t forget personal grooming (no man buns for him).

3. The nouveau boy doesn’t drive miles and miles for coffee when Starbucks is right there.

The nouveau boy is practical. Time is money, but money is not time.

He doesn’t need the pretentious coffee shop atmosphere to get his sh*t done, and he’s not going to be lugging around his “vintage” typewriter.

All he needs is a real laptop, a clear mind, determination and concentration.

4. The nouveau boy can discuss a Russian play, but he can also give his two cents about people.

The nouveau boy loves conversation, but he doesn’t talk just to show off his knowledge. He’s well-educated and discusses subjects because he’s passionate, cultured and well-read.

While the hipster boy may make you feel bad when you don’t get an obscure reference, the nouveau boy doesn’t fret over such trivial matters.

He teaches you, and you teach him.

He knows when to be humble and seek your instruction. It’s the ultimate romantic partnership filled with great conversation.

He keeps it light when it’s necessary, while the hipster won’t give you a break.

5. The nouveau boy is secure with himself.

The nouveau boy loves life. More importantly, he loves his life. He’s secure in himself and doesn’t blame others.

Finally, he doesn’t live life thinking others are purposely tearing him down.

So there you have it: Nouveau Boy 101. He’s the latest dreamboat in Boy Land.

He’s the type of guy who doesn’t hate something just because it’s mainstream, who’s realistic but still knows how to dream and who’s past the hipster “I don’t care” and “I hate society” labels.