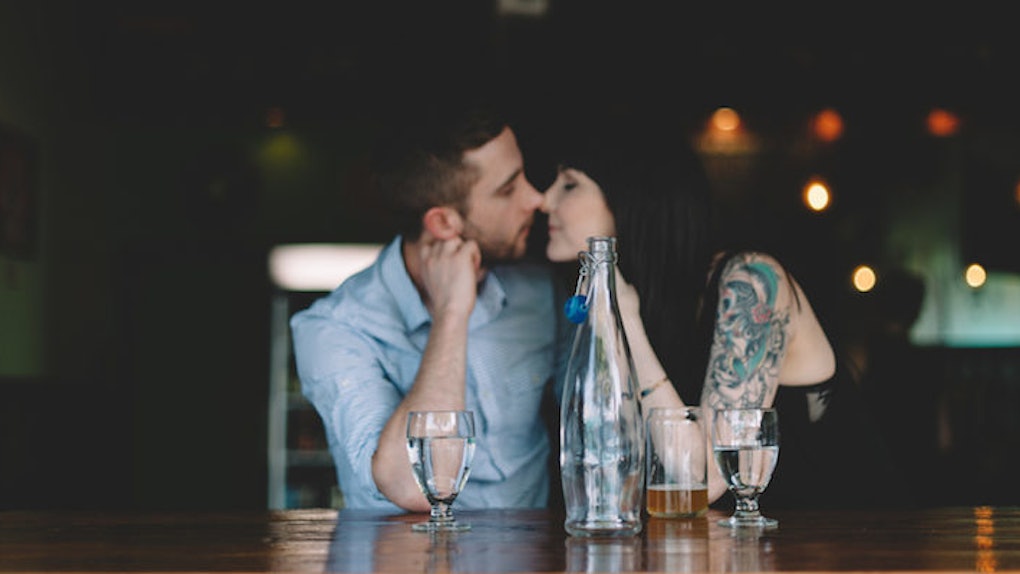 Why I Love Playing 'The Game' When It Comes To Relationships

"Will you be my Tindarella?"

These are just a few of the romantic one-liners that open up a conversation via digital platform, hopefully to result in a meet-up.

We’re a generation that grew up having to court people the old-fashioned way: in person. We had books giving us rules for playing hard to get.

(Anyone read "The Game" back in the day?)

But let’s face it: The mobile life has made life way more entertaining, and dating is honestly a lot easier for the majority of us. We’re still playing the game, but the field has expanded.

It’s been leveled out, and the gamification of dating is here to stay.

What is gamification? Well, it’s essentially placing the concepts built into games (such as challenges, rewards, levels and fun) in an arena that isn’t technically considered a game. In this case, that’d be dating.

It’s no secret we live in a digital world. Our lives depend on our smartphones and constant connection to the Internet, along with instant gratification.

There is an app for everything. Due to our tech-savvy abilities from having grown up with the latest and greatest technology, we’ve become obsessed with using them.

With advanced mobile processors, gamification is pretty much inevitable, and it’s interwoven itself into half of the apps that lie on our phones.

So why wouldn’t we embrace it to help us in the dating scene?

Whether it's Tinder, Happn, Hinge, Bumble or OkCupid, the list goes on and on when it comes to mobile dating apps.

There are both pros and cons for using dating apps, and we’re the first generation to really experience them firsthand.

One of the greatest positives of mobile dating games is they alleviate the pressure of trying to find out if someone is even attracted to you (looks-wise) in the first place.

It shields us from the dreaded front-facing rejection that happens at the bars. With a quick swipe left or right, you can find who agreeably matches with you and thinks you’re hot stuff.

The negative aspect of not having someone right in front of you, though, is you can’t really gauge personality as accurately.

“Inner” beauty, which often makes someone so attractive, is likely overlooked if you stick to the surface-y, hot-or-not-in-picture route.

Conversation is key to determining if you actually might be interested in someone or not on a deeper level. Some people may just be better at talking in person as opposed to typed words, and vice versa.

Mobile apps, however, have been a savior for the more timid-at-first types, indirectly growing and diversifying a dating pool that previously left out a lot of shy guys and gals.

Of course, there’s always a concern for safety when you play the mobile dating game.

You really never know who's on the other end, and when you do meet up for a first date or hook-up (no judgment), it’s definitely best to meet in a public place so you know the other person is legit.

For the career-driven people too busy to put in the extra work into finding companionship, or for the people who move to a new city and don’t know anyone, mobile dating apps are very useful.

It’s not easy meeting people, especially as everyone around you starts to settle down and social circles decrease. These apps help counter the seclusion.

Dating apps have opened the doors for meeting people you may never come across otherwise.

Sometimes, you don’t really want to sit at a bar or go to a club alone, hoping someone will talk to you.

Overall, the gamification of dating and forming relationships has made the world our oyster.

Some of us choose not to participate, exercising our ability to use our game in person.

Some of us exercise our sales pitch about ourselves by lining up first dates back-to-back and tapping into that Tinder block. Some of us are really just trying to keep it simple, and need some straight-up loving.

Whatever floats your boat.

This is what the new game of dating has given us. So play on, players, and get some action.