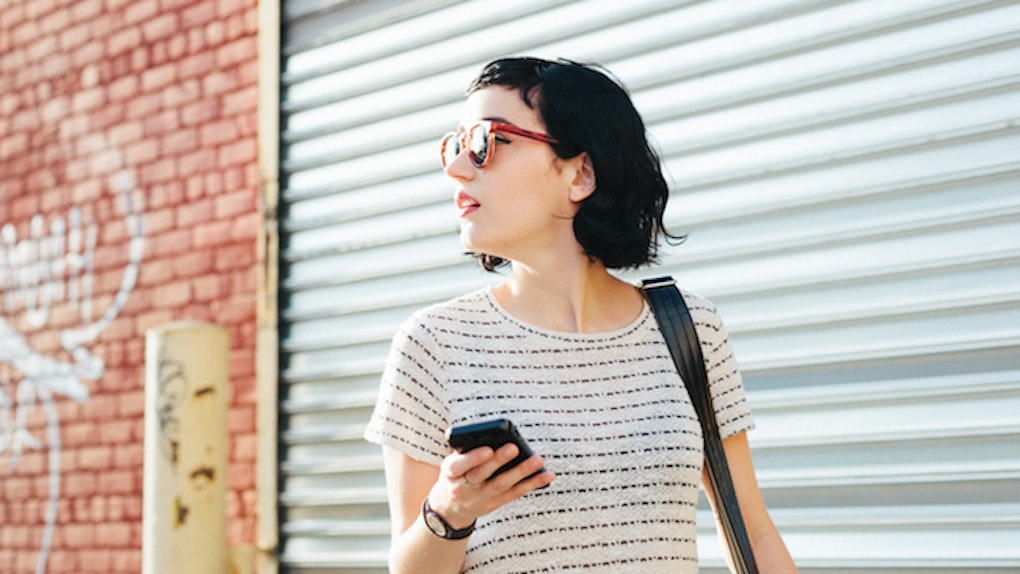 Should I Talk To My Ex After A Breakup? An Expert Reveals When That's OK

I used to be the queen of reaching out to exes at very inopportune times.

If I saw a guy who looked like my ex, I would tell my ex about it. If I had a dream about my ex, you'd bet he would know. If I went on a date with another guy, and it made me miss my ex, I would probably be telling him that, too.

Essentially, I was reaching out to guys I used to date for all the wrong reasons: to make them jealous, create drama, force them to remember me, and insert myself back into their lives.

I mean, is there a right time to contact an ex? I couldn't really think of any positive reasons.

So I reached out to dating and relationship expert Jen Kirsch to ask her when it's acceptable to reach out to an ex after a breakup. And it turns out, you actually can call that guy you used to date every once in a while.

1. When The Breakup Was Friendly

Kirsch has some personal experience on the topic. She and her last ex broke up amicably and still do occasional check ins.

"We never fought, and we both respected one another and still do. I haven't run in to him in over a year, but I think highly of him and know whoever gets him will be a very lucky lady," she tells Elite Daily. "In this case, I feel like it's totally acceptable to reach out to him, and it's always nice for me to see his name pop up on my phone on occasion."

If the split is consensual, and both partners leave as friends, then catching up occasionally can be both positive and therapeutic if done correctly.

Kirsch says of her ex, "He wrote me a text around 6 p.m. on my birthday wishing me a happy birthday and sending well wishes, and I did the same last week on our once-shared dog's birthday. It was a simple exchange, with good intentions."

But it's definitely not always that cut and dry.

"Someone I know celebrated their birthday the other day, and their ex reached out. He was really disturbed to hear from her, even though it was a simple text," she continues. "They had a tumultuous on-and-off relationship for years, argued a ton, and he found her message very calculated; a way for her to 'get back into his head,' after they haven't talked for months."

I have definitely been on the receiving end of the inappropriate "happy birthday" text, and I have also sent a few in my lifetime.

2. When Your Intentions For Reaching Out Are Totally Pure

The first question for someone to ask themselves before reaching out to an ex is "'Why am I reaching out? What are my intentions?' If your intentions aren't pure, don't act," Kirsch says.

She also lays out the times where reaching out to your ex is a bad idea:

Remember, reaching out under any of these circumstances will result not only in bad conversations, but also in bad relationship karma.

Kirsch also offer some scenarios where your intentions may be more pure, and reaching out to your ex would be OK:

1. You're on good terms. 2. You want the best for them. 3. You ended things well. 4. You're in a positive headspace. 5. You'd be OK if they don't respond. 6. You don't want anything in return. 7. You saw a great opportunity for them (like a new job post or an open mic night) that can be of value to them.

It might be a good idea to screenshot this list and keep it in your phone for when you're drunk and feel like reaching out to that ex you still aren't quite sure if you should be talking to, because as Kirsch says, "boundaries after breakup are important":

You can't keep being dependent on your ex after you've split. That's what your friends are for. So if you hear a sound in your house that scares you (a la Annie Hall) or you're drunk and need a lift home from the bar or a place to crash, then your ex is not the person you should reach out to.

So essentially, your ex boyfriend is not your emergency go-to any longer. He's not the guy you call for spiders, flat tires, or rides.

"But if it's their birthday, or another family member asked about them, and you want to send their love and let him know that even though you split, he's still loved and cared for, then that's totally fine," Kirsch concludes.