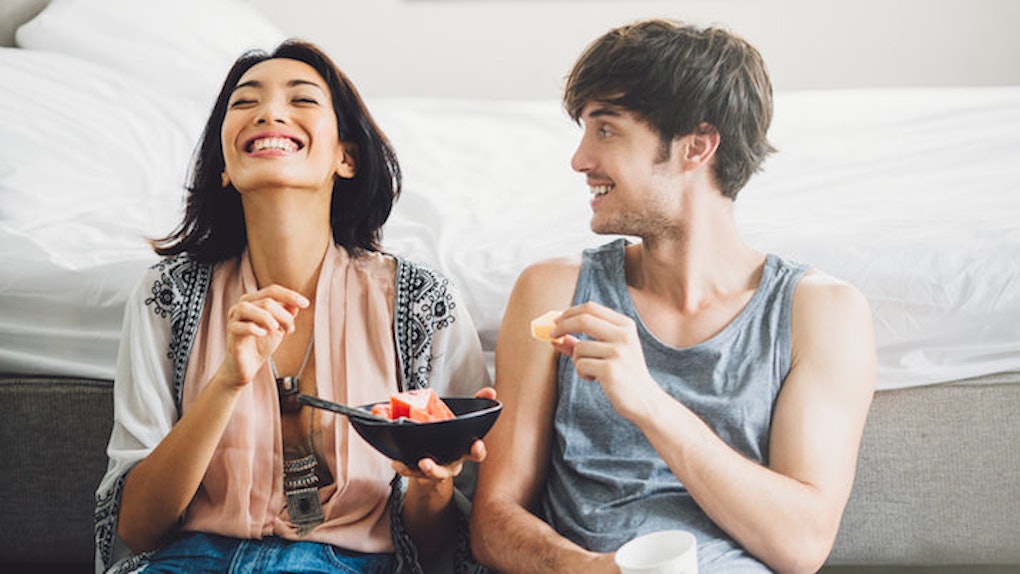 Somewhere between “Netflix and chill” and “Amazon Prime and commitment” lies a happy medium I like to call "the Sunday boyfriend." The Sunday boyfriend – or Sunday girlfriend, depending on your sexual orientation or gender – is someone who offers the comfort and convenience of a significant other, but who also gives you your space and freedom to be single. (Think Brody Jenner and Lauren Conrad circa "The Hills" days.)

With winter turning into spring, I also like to think of this arrangement as summer's equivalent of cuffing season. In a world where both the degradation of dating and polarization of relationships have peaked, the Sunday boyfriend is, most of all, the answer to the modern single person's dilemma of not being ready to couple off (for whatever reason), but also trying to fight off that lonely feeling that comes with navigating single territory.

For those of us in our generational group who aren't getting engaged, married or pregnant, the inability to settle down doesn't mean we wouldn't mind having someone around. We just may not want the person there all the time. That's where the Sunday boyfriend comes in.

The Sunday boyfriend is the perfect alternative to an actual boyfriend for the following reasons:

1. You have someone to fight off the Sunday scaries with.

We've all been there before. Friday felt like five minutes ago. But somehow, it's Sunday night again. The weight of life's responsibilities is pressing down on us as alcohol withdrawal sets in.

While the clock ticks closer to Monday, the anxiety resulting from the thought of having five days of setting alarms, resuming meetings and dealing with that sh*tty commute seems like too much to handle.

Life decisions are questioned. The meaning of the universe is pondered. Existentialism is debated. You get the picture.

The best way to deal with such uneasiness, I have found, is to have someone to fight it off with. It's even better if that person is someone you're attracted to, can binge-watch Netflix documentaries with and order greasy Chinese food with, all while lying in bed without pants on.

2. You can have your single life and enjoy it, too.

One of the biggest perks of the Sunday boyfriend is that when you aren't avoiding the realities of Monday in bed with each other, you can flirt, dance, befriend and hang out with whomever you want.

Obviously, one of the hardest parts of getting into a relationship is feeling like you're missing out on the fun parts of being single, especially when you're living in a city like New York, where the number of interesting, smart, attractive people seems endless.

Because the Sunday boyfriend isn't actually your boyfriend, you have the freedom to explore everything else that's out there without feeling guilty. So, wherever you wind up on say, a Saturday night, you'll still have someone to drink mimosas with the next morning.

Long gone are the days of worrying who your date to yet another one of your friends' weddings will be, or who is going to prevent you from being the ninth wheel at that birthday dinner. While the Sunday boyfriend is mostly reserved for Sundays, he can also make the occasional appearance in your everyday life for the special occasions when it's just better to go as a couple.

If you really need to, you can even tell your aunt about him at your next family gathering when she asks why in the world you're still single.

Because both of you are on the same page, you are left with all the perks of being single from Monday through Saturday. You have time to work hard, focus on yourself and have fun with your friends.

He may not help you solve the meaning of the universe, but at least the Sunday boyfriend solves the single person's dilemma, even if it is just for one day out of the week.