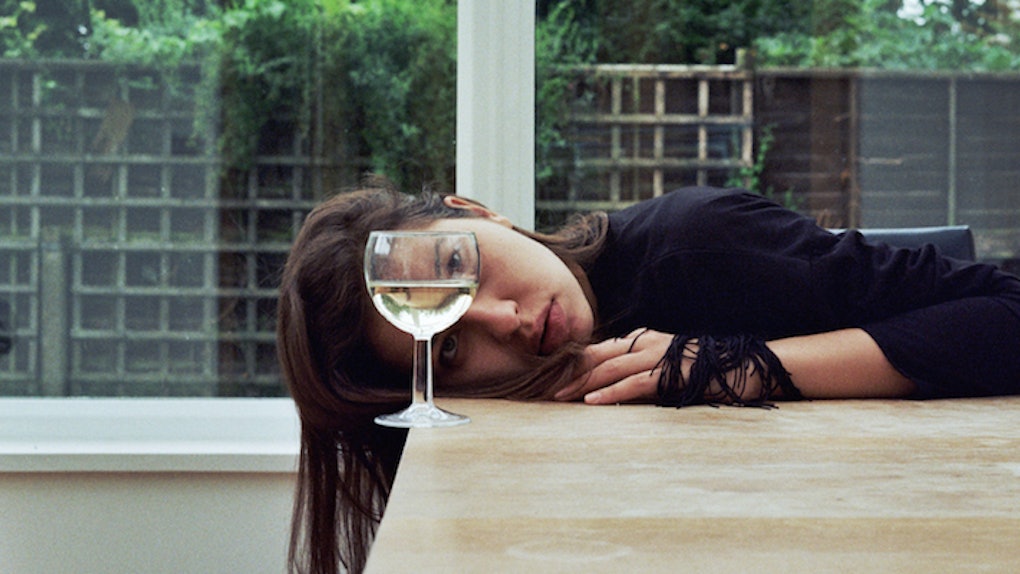 Zero Sum Game: I've Stopped Dating And This Is What It Feels Like

I raised one eyebrow. “Excuse me?”

“Eat it. It’s crunchy, and honestly, it doesn’t taste so bad.”

My date for the night had chosen to take me to a run-of-the-mill Mexican restaurant on the corner of Where Are We street and Get Me The F*ck Outta Here boulevard.

He was instructing me to eat, only I couldn’t take his direction because there was just one problem with it: We were no longer at dinner; we were standing on the sidewalk outside of dinner, staring at a dead cockroach he had cupped in his hands.

“Look,” I said. “I know you’re an alternative musician and everything, and that’s great, but this isn’t alternative. This is just… bye.” I walked away, my long, black peacoat trailing behind me. There was snow on the ground.

I haven’t been on a date since, and New York is now dead in the middle of summer.

Dating is remarkable; it’s both an outward and an inward adventure. It takes us on a journey through the minds of others, but it also navigates us through the places in our minds we wouldn’t otherwise go.

But casual dating -- something famous for being noncommittal -- is a commitment in its own right. Dates take time to plan, and even more time to actually follow through with.

Dating is kind of like an ice cream waffle cone: The first couple of scoops are like fireworks for our tastebuds, but once we’ve reached the melted bottom, the ice cream just tastes like overkill.

Some of us are more down to date than others. My best girlfriend saves Tinder dates for weeknights and reserves weekends for dates with her girlfriends.

I admire her stamina (that’s why she’s my best friend, duh). See, when I made the decision to stop dating, I felt like someone had taken me out of the hot sun and given me a palm tree to stand under.

I had reached a pivotal point in my life, one that put a particular dating truth over all the others to shame: Dating is exhausting.

And dating can be ruthless. I’d been on more mediocre dates than good and more bad dates than mediocre ones. In short, I simply couldn’t bring myself to go on one... more... bad... date.

And so, I swore off dating. Just like that. Cold turkey.

It sounds clichéd, but your work really does become your strongest ally. Our work is the mark we leave on the world long after we’re gone; it only makes sense that it becomes our world.

You are still observant and keep your eyes peeled occasionally -- at the bar, at the Straight-And-Cool-But-Not-A-Douche Male Convention -- but still, you don’t take up any men on their offers, and you don’t schedule dates for yourself.

There’s something incredibly refreshing about replacing getting to know somebody else through contrived conversation with getting to know yourself by throwing yourself further into your art.

And you know what? Work has been my most loyal boyfriend to this day.

The world tends to feel just a little bit smaller.

If I wasn’t honest, my words wouldn’t have any weight, so I’m going to be painfully honest with you: I’ll admit that throughout the course of my dating dry spell, the following thoughts have crossed my mind:

“Were my exes the best things that have ever happened to me?”

“Will I ever get married?”

“Psh, forget getting married. Will I ever love again?”

Something else strange happens: Even the smallest gestures that men impart feel like chivalrous acts of God.

A guy gave his seat up for me on the train and, seeing as my interactions with men have reduced themselves to smithereens labeled “platonic only,” I almost wet my pants.

See what I mean? Small world.

The world will close in on you sometimes; don’t try to run away from the feeling.

We learn a lot about a man even when he isn’t “on.” In this way, the way we perceive people is everything. Perception is an astounding art.

You wonder how you ever even made time to date.

In lieu of dating, you start doing things you’ve never done before: work out more, get fancy-schmancy gel manicures, discover music from the trenches of the underground.

It turns out that, in fact, there are other things I could have been doing to treat myself all along. Who knew.

Dating is a “use-it-or-lose-it” skill.

I was a French minor in college; I was assiduous in perfecting the intonations of the language.

After I had cultivated the skill, I would stop native Frenchies on the sidewalk and puff away on cigarettes while showing off how good I was at their native tongue.

But I started to speak French less and less, and eventually, everything I knew about it slipped from my memory.

Dating, too, is a language we forget if we fail to practice it. The muscles we’ve spent time strengthening must be warmed up and used consistently if we want them to be any good.

It’s okay to be out of the game for a while, but soon enough, it’ll be time to get back in. Playing in the outfield is only fun for so long -- and we all deserve a time to shine on the pitcher’s mound.