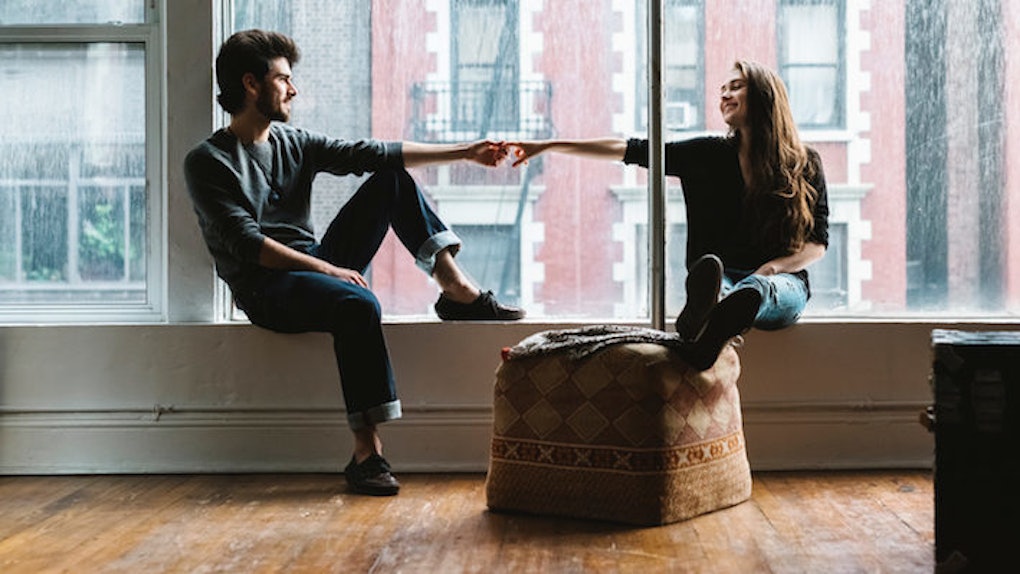 I'm going to make a bold statement here: It's possible to remain friends with your ex. I know this because I'm good friends with three of mine.

Before I get started on how to do it, let me be clear: I said it's possible. I didn't say it was easy, uncomplicated or unemotional. A lot of times, it's very complicated. It can get so emotional, you'll want to slam your fist into a wall. But a lot of times, it's also worth it.

Breaking up sucks. It's gut-wrenchingly awful. There's no more sex, no one to go to dinner with and "Netflix and chill" becomes "Netflix and cry." By far, the worst thing about breaking up is losing a friend. The person you used to call when you were sad, the person you laughed with and shared your stories and secrets with is suddenly gone. There's a giant-sized hole in your life, and it's in the exact shape of your ex.

I repeat, though, it's possible to remain friends with your exes. Here are some tips to help you navigate the rocky terrain of staying friends with an ex:

1. Realize that not everyone deserves your friendship.

This isn't just true about exes; it's true about people in general. Sometimes, a breakup occurs because someone was treating you poorly. Maybe your ex is a lying, abusive SOB who made you feel like sh*t.

If so, repeat after me: “This person doesn't deserve to be in my life.” Say it. Now, say it again. Say it until you believe it.

Maybe your ex is an incredible person. Maybe the first few years were amazing, but at the end of the day, you simply weren't compatible in the long term. He was an apple, and you were an orange. You made a nice fruit basket, but not a great pie. These are the kinds of exes who have permission to be in your life (if you want them to be, of course).

Once you decide you want a person in your life, give it time. I can't emphasize this enough. Too often, I see people trying to be friends with their exes after a month. I've never once seen this end well.

Usually, the couples fall back into old patterns, or they wind up in a weird limbo of dating, but not dating. You both need time, so give yourself time. There's no magic number here, but you sure as hell shouldn't be “hanging out” all the time as friends after just three weeks. It also shouldn't occur during the time frame of, “I desperately, more than anything, hope we get back together.” We all have that phase.

The more time that passes, the less emotionally charged you'll feel when you see him or her. Eventually, you'll feel no emotional charge. In fact, I've been friends, post-breakup, with a particular ex for four years now, and his current girlfriend is even a good friend of mine.

3. Accept that your relationship will be different.

The hardest thing about being friends with an ex is accepting the fact your relationship will be different. You can no longer make him or her your “go-to” person. You can't get drunk and text him or her, “I miss you.”

You can't plan his or her surprise birthday party. You can't be disappointed that your ex didn't call on your birthday. You can't buy him or her super thoughtful gifts when you go on vacation, even if you rationalize that you'd do it for any friend.

You also can't hold your ex up to the same standard you'd hold a girlfriend or boyfriend to. I remember a time when one of my exes showed up late for lunch. I was fuming.

“He's so selfish,” I texted my roommate.

“He's not your boyfriend anymore. You wouldn't have been mad if one of your friends showed up 10 minutes late,” she said. She's so wise.

If being friends with your ex is really just an excuse to keep seeing him or her, you aren't actually friends. You can't be friends with your ex if you're making no effort to date. If your ex is dating and you're consumed by jealousy (or if you're stalking his or her Facebook being all like, “Who is that bitch?”) go back to the second step. Take more time out until you can see him or her without having a strong emotional response.

So, there you have it. It is possible to be friends with an ex. He's an apple, and you're an orange. You didn't make a delicious pie, but you can make a pretty decent fruit tray.