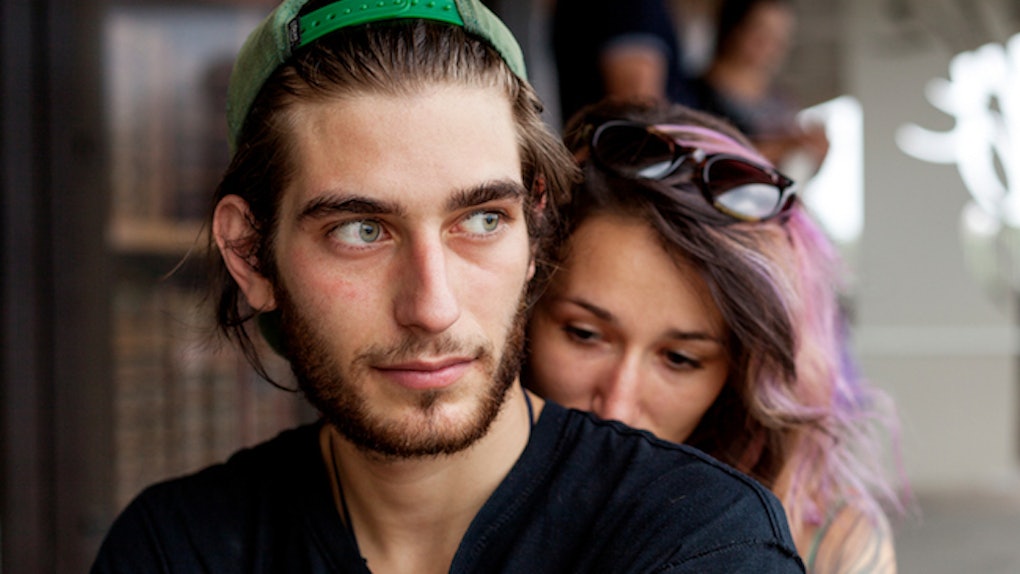 6 Stages Of Breaking Up Every Couple Goes Through

It was very easy for me to tell when my last boyfriend was pulling away from me before we broke up.

He stopped sleeping over at my house. He no longer showed affection to me in public. The guy I liked because he was a dork with no interest in social media suddenly cared about his wardrobe and how his Instagram was curated.

I once got angry that my ex went out of town for the weekend without telling me, and he had zero interest in discussing it or fighting about it. Instead, he had already pulled out of the relationship before he had actually said the words.

Is it possible to tell that your relationship is headed for a breakup before you've actually broken up?

I asked Matchmaker Susan Trombetti and Love Biologist Dawn Maslar (creator of The Devotion Test, a tool that can test a man's love and commitment through his saliva) about the stages of letting go every couple goes through before a breakup.

Think no fighting in a relationship is a good thing? Surprise, it's not.

Trombetti explains that fighting with your partner can show that you guys care about the relationship:

Fighting is investing in the relationship. Arguing is caring and passion. When you stop disagreeing, you no longer care. You are moving on, even if you don't know it yet. There is no point in working something out.

"Sometimes, the passion of ending it does make for that breakup sex that you can't seem to stop, which is bad for you both. Maybe that's all you ever had in common anyway," Trombetti explains. "There could be more or less sex. Less can be common, too, because you just can't stand the sight of that person."

I've had both things happen. I once knew one of my relationships was over because we stopped talking and communicated entirely through sex. The moment we were not having sex, it became so awkward, you could hear a pin drop. We'd start talking about the weather.

With another ex, I couldn't so much as kiss him without cringing.

Either way, if you notice large changes in your sex life, it mostly likely is an indicator of deeper, emotional issues.

3. You Can't Stand The Sight Of Them

Fantasize about murdering your partner while staring at them from across the dinner table? Yeah, your relationship is probably over.

Trombetti lays out some signs of this stage of letting go:

You don't want to look at him or her anymore, and you don't think anything they say is funny, even if it's hysterical. You can't be bothered. The thought of them gags you. It could be little quirks you always found adorable, but now, are [repulsive.]

4. You Change Your Appearance

If you're over your partner, "you start to cultivate new interests, new friends, a new look, [and] a new you," because you're starting to move on subconsciously, Trombetti says.

"There are certain neurotransmitters that need to be maintained [to make a relationship work]," Maslar says. "Primarily oxytocin in women and testosterone in men."

Oxytocin is the bonding hormone. She can maintain it many ways including non-sexual touch, talk, petting an animal, and even social media. If it falls to low, she can feel depressed, disinterested, and her sex drive will decrease.

Men operate a little differently, though.

"Men, on the other hand, have a similar response if his testosterone drops. His testosterone is maintained with wins. Wins at work, a winning sports team, and feeling like a hero at home," she continues.

But what happens right before a breakup?

When we see these respective neurotransmitters slip, we usually see a type of correction right before a breakup. One or the other will have a renewed energy, but now, the focus is usually on themselves. They may lose weight, change their hair, or start going to the gym. They are building up stamina to pull away.

6. You Quit Working On The Relationship

The biggest indicator of the breakup before the breakup is probably when one or both of you stop investing in your relationship.

Trombetti explains that relationships require a huge investment for both people:

Relationships are work. It's an investment of time, money, caring, and always trying to make the other person happy within reason. Maybe he or she has issues, and you guys try to improve your ways, like being sloppy, putting the toilet seat down, listening to the other vent at the end of the day when you are too tired. Suddenly, it slowly diminishes until it comes to a halt.

No longer making the effort to see your partner? Not texting them through the day anymore? Never bringing them their favorite snack when you go over to their house?

Sometimes, breakup signs are easiest to see in hindsight than when you are going through them, Trombetti concludes.

But if you recognize any of these signs in your current relationship, it might be time to sit down with your partner, reevaluate your goals, and figure out if they're the right partner for you.