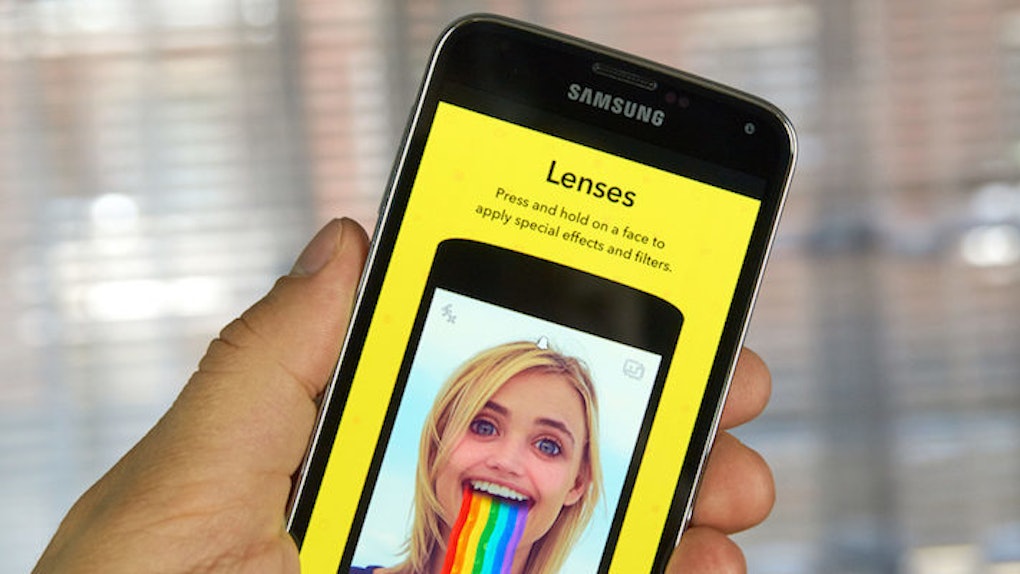 Currency is used as a means of trade or exchange, and is available in many different forms. There are dollars, pounds, Bitcoins and points, etc. The acceptable form of such currency simply depends on where you are, and essentially, with whomever you are trading with.

Today, communication can be looked at as a form of currency as well, as it is constantly being traded and exchanged in a variety of different forms. There is text messaging, email, social media and so on. However, different from money, knowing what form of communication is accepted where, is a bit trickier. We trade or exchange currency according to regulation, with communication however, it's far less standardized and way more personal.

Sure we know how to communicate; we have a general sense of what is considered acceptable when it comes to certain people. Like you text your friends, you call your mom, or you email your boss. But what about communicating with people outside of your family, friends and job? More specifically, in the context of dating and relationships, what here are we to consider as appropriate and acceptable forms?

Not too long ago, one's approach to getting in touch with someone was limited. Given such limitations, it was really just about the message itself. Put simply (in terms of dating and relationships): Did they call? It really was that simple; if they called, that was good, if they didn't, they weren't interested. Or they died. Who knows? Point being, it wasn't as complicated.

Today, we no longer have the luxury to spend our post-date purgatory simply waiting for a call, or checking our “machine” for a message. Instead, it is a complex analysis of a variety of factors. Maybe your date didn't call, but did they text? What about email? Did they friend you on Facebook? Follow you on Instagram? Add you on Snapchat?

"The Sex and The City" days are done. We no longer sit around just talking about the men, women or message. Today, when we discuss our dating lives, we're discussing the medium as well, and what the medium used to message us means, and the message behind that…

So if you're dating in 2016, you can appreciate how complicated such affairs are. “Remember the guy from last week who messaged me on Hinge? I gave him my number and we started texting, I ended up meeting him and we had a lot of fun,”  a friend of mine said over brunch while carefully curating the image set from his dating profile she has approved for us to view. Since context is now readily available during such talk, we, as friends, obviously need it to follow along with the saga.

She continues: “Anyway, after the date I texted him thank you just to be nice, he didn't text me back until the next day and said he had fun but that was it. Then yesterday he followed me on Instagram and liked a really old post. I added him on Snapchat 'cause I figured whatever, now we've just been snapping back and forth but like?”

Once again, if you're dating in 2016, I trust that this tale sounds uncomfortably familiar.

Cut to the following weekend: Brunch again and she brings us up to speed, “Remember the Hinge guy that I was snapping with last week? He texted me and I ended up going back to his last night. We hooked up, it was good and I'm into it. Also, his apartment was really nice, just saying…”

We applaud, we gab, we talk d*ck size, the food comes, brunch ends, we split off. At around 5 pm she texts me saying, “Brit, Snapchat Hinge guy still hasn't texted me, should I text him?”

I tell her to not. While I am not your typical game player, or gender role subscriber, I still felt like he could text her and she didn't need to reach out. “Wait Brit, now Hinge Snapchat guy just Friended me on Facebook.” Before I am able to respond with my two cents, she informs me her decision has been made with a,“whatever I'm texting him” text.

For the less informed, this truly is what dating looks like today. It's hookups, Snapchats, friend requests and screen shots to your friends, and so on. All of this being said, I have decided to create a breakdown of the most common types of communication post-date or hookup, in order of strongest to weakest in terms of value.

I'm talking US Dollar down to Vietnamese Dong, and everything in between.

When it comes to accepted forms of currency in communication, what is what, and what does it all mean?

Who calls anymore? We have text messaging. It's so much easier, less formal, faster and hello, you can hide behind letters on a screen. Emoting is unnecessary when you have emojis, Duh! Anyway, this is a good person. They were raised right. And also, they are totes into you.

This works. You deserve a text. It's 2016. The text message is “good,” but try to just leave it at that. I say leave it at that because a text doesn't always mean “interested” like that of the phone call. A text could also just mean they aren't an assh*le. I mean, it's just the right thing to do, especially if you've fornicated.

So don't run away in your head and plan your wedding, just take it for what it is.

I have mixed feelings here. Email is formal, it's like for work, or dads who don't know how to text but know how to email because they are businessmen.

On the other hand, email can also be cute in context. Let's say on the first date you guys were talking restaurants (aw two foodies, so happy for you guys.) Anyway, if you promised to send each other some of your faves, and the next day he follows through with the promise and emails you his list of recs, along with a note asking to take you to one of them on date two then OMG this is AMAZING.

OK so let's take a step back for a quick sec and just gather our thoughts. The above forms of communication includes phone call, text and email. These are what I (and feel collectively "we" should) value as your top three, the strongest forms of communication currency. Think paper dollars; this is what you want.

Moving along, below you will find a breakdown of the bottom three: the weakest forms of communication currency. Think coins. Sure money is money, and contact is contact, but no one wants a bag full of change.

Change is cheap; you can find it on the street, and we let little kids throw it into fountains for fun. (I understand the value in all money, this is a metaphor just go with it.)

OK so let's talk, pennies, nickels and dimes. The bottom list is as follows:

I mean, I guess if you are in high school or college this is OK, it's fine. Post-grad, this should be a deal breaker.

I mean yes, we all use Facebook, but let's be real: Aside from happy relationship people and undergrads, the rest of us just use it as a way to humble brag to old flames. With that, it still def shouldn't be used as a way to ignite new flames, so if they friend you and or message you, it's weird. Don't bleach a red flag white.

Bottom line: FB communication post date isn't cute, it's weird. What's weirder: if they poke you. Poking is for predators.

OK, Instagram in this sense is like an onion, so let's peel back the layers one by one and cry while we do because it's both sad and it stings.

IG Like: This is clear as day, yet somehow gets so misinterpreted. We are all so guilty of the gross interpretation I am about to describe. People liking your post does not remotely mean they like you. I know, I know, I confuse the two myself, but let's just put that out there, understand it and accept it for what it is. It is just a like, we like likes, BUT likes don't mean they like us, like that, get it?

IG Comment: SO interesting, ugh seriously, IG comments are fascinating. Comments are typically reserved for either your best friends, your loyal followers who you don't know IRL, or people with genuine commentary.

I mean with that, you can see how interpreting your date's Instagram comment can be an interesting undertaking. I really don't know what this means, it's so case by case here. But bottom line, while platform vs. content is a controversial topic in and of itself, in this in this case, platform wins, therefore they lose.

IG DM: Ummm do I have to get into this? Like unless you're a meme maker who the hell is DMing you? Like the weird promoter telling you to “come through” with your girls and to mention his name at the door? The club might be lit, but I am LITerally appalled that your even considering this. Let's put it this way: IG DMs are tokens; they aren't real.

If your date snaps you before they text you, RUN. Say the words out loud with me, f*ckboy, f*ckgirl, f*ck them. Honestly, please understand how savage this form of communication is. When I say savage, I don't mean in the like Rihanna colloquial sense of the word savage, I mean like the Oxford dictionary definition of the word savage: It's horrendous.

Stop deluding yourself into believing that it isn't cheap because, like, they snapped you something that was an “inside joke.” Everything is an inside joke when your being as delusional as buying into this Snapchat bullsh*t.

So that's the list. It's a work in progress, exchange rates are in constant flux and various forms grow stronger and weaker by the day. Ultimately though, this communication thing isn't so nuanced.

Some of it is nonsense, and some of isn't. You know what's right. Don't take their pennies and start wishing for your wedding. Every follow doesn't have to end in a follow back.

It's just like how some businesses don't accept Amex, and how others are cash only; trade and exchange how you see fit. In a non-beauty campaign way, just know your worth and set your standards, whatever they may be.