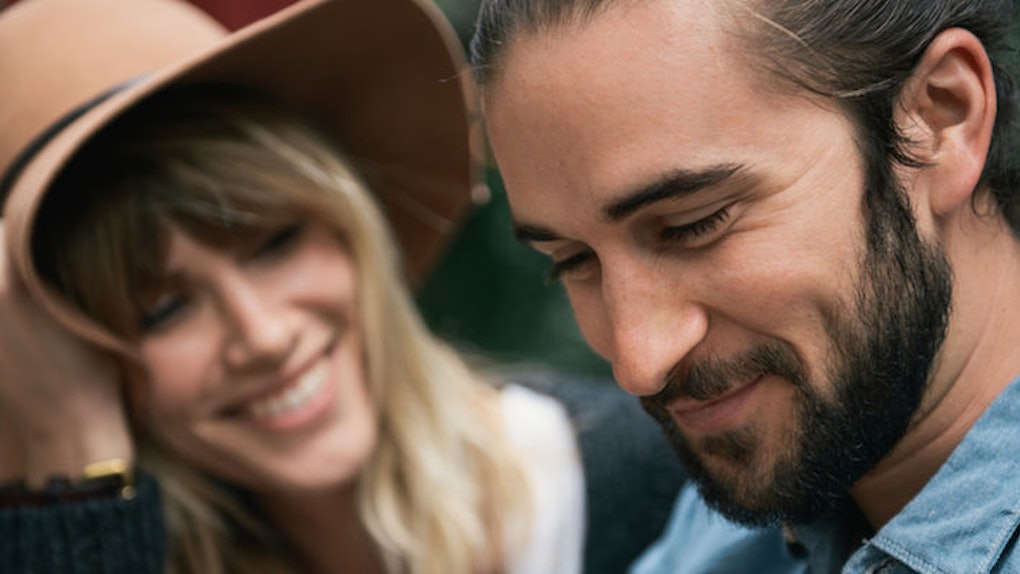 You might not have ever heard of peacocking before, but you've definitely done it at some point. The term is derived from the mating rituals of peacocks, where the male uses his feathers to gain the attention of the female.

Some think only men peacock, or that it just involves using clothing, accessories and props to make yourself stand out from the crowd to begin flirting.

However, I believe it goes much further than that. Ever change your plans for the evening depending on where a certain guy you like is going? Ever sent one of those, “Sorry, I meant to send that to my friend” text messages? Ever changed your Facebook profile picture to a really sexy photo of yourself to get someone's attention? These are all examples of peacocking.

Personally, I peacock a lot. After years of doing it, I believe I have honed my skills, and more often than not, it gives me the desired results. There is a fine art to peacocking, and when you get it right, it's fantastic. But if you get it wrong, it can be disastrous. Here are five ways you can perfect the art of peacocking:

1. Sexy Dancing In The Club

You're in the club, and you see the guy you like. He knows you're there, but he hasn't spoken to you yet. Sexy dancing is obviously the solution. However, you must be very careful when it comes to sexy dancing. Things that do not constitute as peacocking include twerking, dancing on podiums or incorporating karaoke.

These are the dance moves of someone your crush will not view as a potential girlfriend. One must also take special care while attempting sexy dancing in stilettos. You don't want that guy to see you being whisked from the club in an ambulance. I know Beyoncé makes it look easy, but she's Queen B for a reason. Be careful, and have fun with your fellow peahens by your side.

Selfies are dangerous territory. One must consider the outfit, expression, hair placement, lighting, caption and media channels. Your best social networking service for a selfie is probably Instagram due to the choice of filters available. Remember that filters are your friends.

With selfies, it's all about subtlety. You don't want everyone to know you're peacocking, so keep your smile and poses natural. Looking too happy in a selfie can seem like you're standing alone in your room and laughing at the joke your imaginary friend just told.

Sometimes it's best to leave the caption blank if you can't come up with something good. Blank is better than writing something totally unrelated to the photo. I know you want to get that guy's attention, but don't post too often. If my friend posts five Instagram selfies in a row, I'll gently tell her she's gone too far and say, “Your feathers are everywhere.”

You can like his statuses but — like everything else — it's only OK in moderation. You want to remind him you're alive and that he can drop you a text if he wants. But, you don't want him to know you've searched for him, stalked his profile and read everything posted on his page in the last month (even though that's exactly what you just did).

You want him to think you just happened to stumble upon his mediocre status update while you were scrolling through your news feed for the first time in a week because you've been too busy living your exciting life to keep up with social media. You should also be wary of accidentally "liking" his statuses and photos while creeping on your dream man. Don't give the game away.

4. Making Friends With His Friends

If he is a crush from afar and you don't personally know him, you can begin the interactions by making yourself known in his circle of friends. However, you don't want to be known for the wrong reasons. Talk to that guy's friends, but don't act like you're interested in dating them.

Always be careful not to blurt out something you found out about them or the man of your dreams while you were stalking them on the Internet. Keep it casual.

If you're already at the texting stage with your crush, then you're doing well, but this is a crucial time. Drunk texting, pretend/accidental texting and double texting are all off-limits. You want to be aloof, so keep the conversation going, but don't ask too many questions. Don't sound like you're interviewing him, even though you're so in love with him that you want to know every delicious detail of the dreamboat's life.

Also, make sure you don't text back too quickly or slowly. One of my friends is a very eager texter, and I told her to leave an hour or so between replies if she wanted to play the game. She misunderstood me and started texting back every hour, on the hour. Not smooth.

Now you know the basics, so go forth and flutter your beautiful peacock feathers. It may take you years to be a leader in the way of crazy flirting like I am, but don't worry. You'll get there one day.