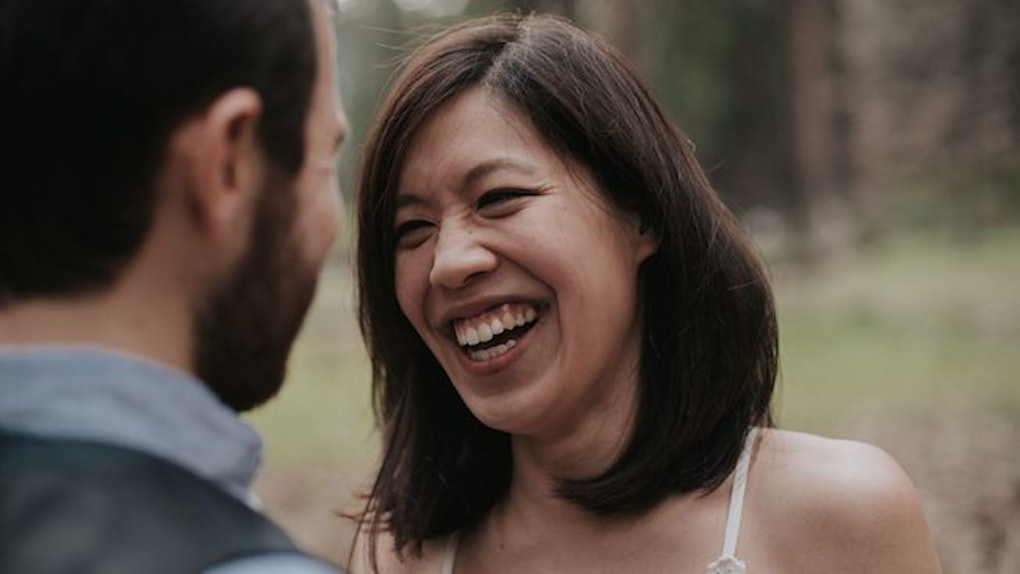 5 Signs Your Relationship Is Headed For Marriage

I've never been engaged. But I have tried to get a lot of guys to be exclusive with me, I've served up a lot of ultimatums, and I've called men my boyfriend just because they posted a photo of us together on the internet.

Is it surprising none of my relationships ended up in marriage? Probably not.

But when it comes to real relationships, how can you tell if you're just in a fling, or if the guy you're with is probably the one you're going to marry?

I reached out to Karenna Alexander, NYC's #1 love expert and matchmaker, to break down the five definitive signs that you'll probably end up marrying your partner.

You spend your weekends together.

Unless your BF is working or with kids from another relationship, then most likely, he will be spending date night — Saturday — with you.

"When a guy is really into a woman, and wants to marry her, he rarely, if ever, skips Saturday nights. He wants to be with his dream girl on that night," Alexander says. "Hanging out with his buddies or carousing is just not important to him because he sees a future with you."

He talks about the future with you.

If he doesn't mention a future together, then he probably doesn't envision one with you in it. Ouch, but true.

Alexander says, "He may not come out and say he's definitely going to pop the question. But he talks about the future with you — mentions where he wants to live, the type of house he would love to live in, and how many children he wants to have, etc."

So if a guy wants to be with you, he'll let you know his intentions.

And no, it doesn't have to be like Tyga buying Kylie Jenner a Ferrari every day.

"Even small gifts like flowers and love poems indicate a guy is hooked on you and wants to be with you long term. When a guy has one foot out the door, he just doesn't feel like giving you romantic gifts," Alexander notes.

It is genuinely now my life's ambition to get a guy to give me a love poem.

You know his inner circle.

Have you ever dated a guy but never met his family or friends? Well, unless he has zero family and zero friends, that's a bad sign.

Actually, having zero family and friends is also a bad sign, IMO.

Alexander explains why meeting his inner circle is so important:

When a guy really likes a woman and envisions a long-term relationship with her, he wants his long-time friends and loved ones to meet his new love. He is proud of her and wants to show her off. When a guy is not so sure he wants to be with someone long term, he puts this part off, sometimes indefinitely.

Your dates are on him.

According to Alexander, the man should pay. "This is not about the money, but it's a great indicator of whether a guy is really in it for the long haul," she explains.

A man who puts down for the check is apparently thinking about the future. She continues,

A guy who expects a woman to pay for her dates with him — or to split the dates — is usually not marriage-minded. He expects her to split the cost of the date, just like he would split the date with his best friend. When a guy wants to marry you, and sees a long-term future, he wants to take care of you, and paying for dates is all part of that.

So if you want to know if your boyfriend is gonna put a ring on it one day, you might want to pay attention to these signs.

And if you still haven't received any love notes or met your boo's BFF, maybe you're not headed for marriage just yet.