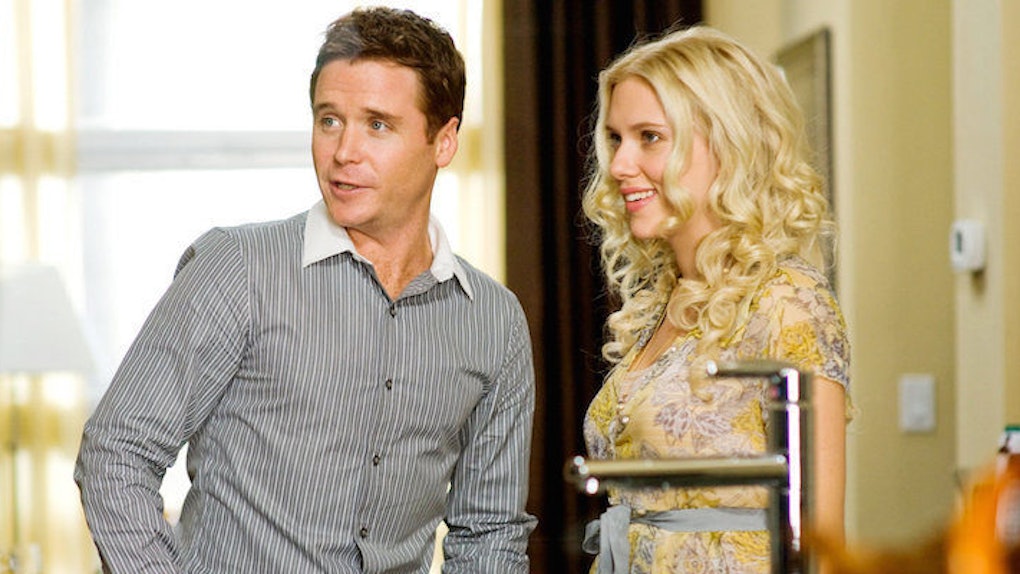 16 Signs She's Only Keeping You Around Because She's Bored

It's tough being dangled around by someone who doesn't actually care about you, but unfortunately, it's something that happens all the time.

I'm guilty of it. I've led plenty of guys on. And honestly, I do it when I'm bored.

Out of pure boredom, I'll start entertaining the idea of dating a guy who makes me want to gouge my eyes out rather than have a five-minute conversation with him.

And before you go judging me (or the girl who's currently leading you on), I would bet a significant amount of money that you've probably been guilty of leading someone on at some point in your life.

So, does this girl you've been dating actually like you, or is she just bored?

Read along and find out for yourself.

She's not that into you, but she keeps you around because she's bored if...

1. She bails on you more frequently than she actually shows up.

If literally ALL else fails, she'll hang out with you. You're her safety net, her backup plan.

2. She has no problem texting you first... like, ever.

Obviously, you don't want a girl who is obsessed with playing games to the point where it makes you feel like you're the one making all of the effort. But it's almost a little flattering to know that she cares enough to play them.

Not this girl. She's texting you first if she feels like it because, well, she really doesn't care what you think of her.

3. She rarely responds to your texts.

Sure, she can text you back and probably expect an almost immediate response, but what happens when you reach out to her?

Oh, it could be weeks until you hear from her again.

4. She only invites you to do things last-minute.

Again, this is because you are her Plan Z.

She has already spent the rest of the week inviting literally anyone else she could think of, and she only settled on you an hour before the actual event.

You're her safety net, her backup plan.

5. She's on her phone most of the time while you're out.

That's because she has no real interest in anything you have to say.

6. She doesn't talk that much outside of over-the-top flirting.

The two of you have nothing in common. As a result, no real connection can be made.

All you really get from her end when you're together is obnoxious flirting that she could be doing with any other guy.

7. She makes no real effort to introduce you to her friends.

If you ever have had the chance to meet her friends, it's been pure happenstance.

Maybe they just happened to be on their way out of her apartment when you were on your way in, or maybe they were with her at the bar when she texted you to come meet her at 4 in the morning.

Regardless of how you met them, it took them a while to figure out who you were (you know, because she RARELY mentions you).

8. She has no real desire to meet your friends.

Beyond her not introducing you to any of her friends, she also could not care less about meeting your friends.

9. She's quick to bail at the smallest sign of trouble.

Well, she's not invested in this relationship (or whatever it is) at all, so even the smallest misunderstanding can be enough to set her off for good.

Why? Well, who has the energy to fight for a relationship they don't even care about?

The two of you have nothing in common. As a result, no real connection can be made.

10. She makes literally no effort to be her best self around you.

In other words, she'll openly fart in front of you and not even feel slightly embarrassed about it.

11. She can go weeks without communicating with you in any way, shape or form.

Weeks, maybe even months, can go by and you never hear from her. There are multiple occasions in which you question whether she's dead or alive.

But if it wasn't for all of the social media updates about her having the time of her life somewhere else (without you, I must add), you would actually be concerned.

But this is all happening because she's not concerned about you, lest you forget.

Not on purpose, just because she literally did not care enough to respond.

Or she forgot. Possibly both.

13. She never wants to cuddle.

She's perfectly comfortable sleeping on opposite sides of the bed.

14. She never spends the night, unless it's absolutely necessary.

She's usually gone by the time you open your eyes in the morning.

15. She doesn't have your number saved in her phone.

Even though you met years ago.

Who has the energy to fight for a relationship they don't even care about?

16. She doesn't seem happy with her life.

And that's what it all comes down to.

Whatever the case may be, she needs you as a sort of comfort.