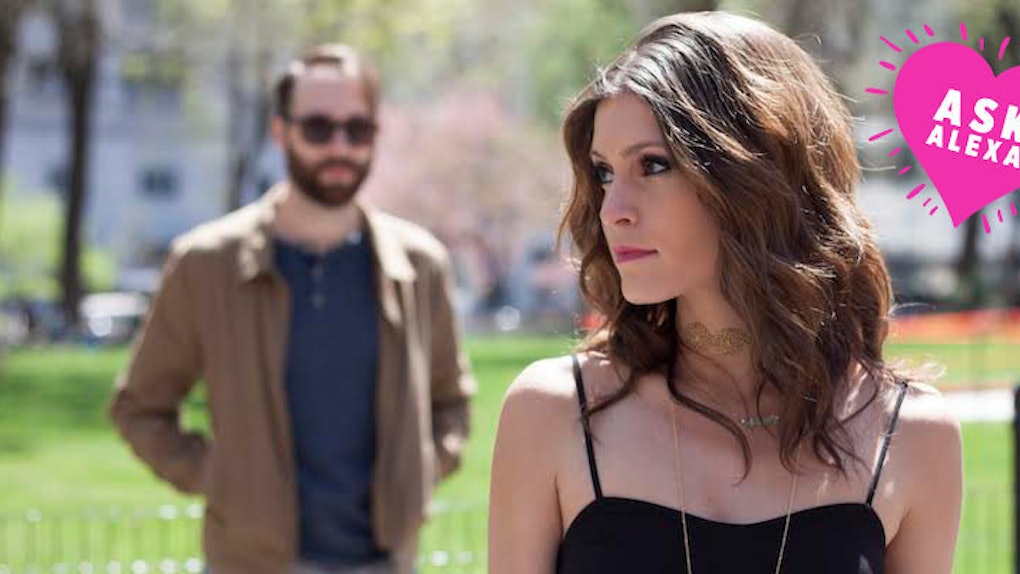 Ask Alexa: How Can I Tell If She's Into Me?

Many of our guy readers have reached out to me asking advice on how to tell when a gal likes you…and when she doesn't.

Well boys, I've been on your side this far in the game, and I'm here to tell it like it is.

Some women handle rejections and endings diplomatically and personably in getting their points across. Others…well, not so much.

It's critical to understand that letting a guy know we're just not into him is not always an easy undertaking -- especially when the talking, texting and dating has been pretty consistent for a few weeks.

It's clear that if you made it to a second date or beyond, there was most likely something there. You sensed an initial attraction, thought everything was going great, but it turns out that it just didn't end up being enough.

I'm not going to lie: That feeling totally sucks. But whatever you do, please don't judge. It's not fair to completely hate on a girl for rejecting you.

There's a great deal of pressure in dating on both sides of the fence. Everyone needs more than a first or second date to find out what the other person is really like. It's all about passing stages.

A girl isn't a bitch if she simply decides you aren't someone she wants to move to the next level with. It's her decision, too.

The way she goes about communicating her true feelings, well, that's another story. She can be insensitive or a total bitch in disguise, playing you from the start. Ladies can be players, too, and are experts at the game. And unfortunately for some of you guys, they don't always play fair.

At any stage of any relationship, rejection is not easy to dish out or receive. Hopefully these questions I received from our very own male Elite Daily readers -- and my advice to them -- will help you determine when things between you and the girl in question are not looking good.

Q: Would you say that when a woman wants to be with you, she will make it obvious that she does?

It's easy to overanalyze a situation and beat it to death. But the truth is surprisingly quite simple, and you shouldn't lose stress over it. Assess the situation, and face reality:

If she's totally digging you, and wants to take this a step further, she's going to make it known.

A girl won't want to lose whatever it is the two of you have together…whether it's an ex-girlfriend you're trying to get back together with or someone new.

Nothing should feel like it's being forced on either end. You should first sense a mutual attraction, and then the same amount of effort on both ends being put into it.

She'll play it cool, but she's going to drop subtle hints for you to pick up on.

She wants you to know she thinks you're hot and she's flirting with you without coming across as too available. A girl who's acting too desperate for a man isn't very attractive, anyway.

That last one is big. Don't expect her to let you into her friend and family circles too soon, but if things are going well, and you've started seeing her regularly, she should be eager for you to meet her squad…and, at some point, her family.

Q: How can I tell the level of her interest in me since we all perceive things in our own different ways?

We do all perceive things in different ways, which is how some relationships fall into a grey area. These first signs are pretty simple in telling whether or not she's into you as much as you're into her.

Some more pointers if she's not feeling it:

When a girl is happy with her SO, the world will know it… Trust me on this one, guys. Everyone can easily tell whom she's seeing just by taking a look at her social media. Pictures say a thousand words. If you're seriously part of her real life, everyone will see…and if you make it to her profile picture, forget about it!

She will love taking the cutest couple pictures, and she will want everyone to see them. If you're not there, well… you know what that means.

Q: When I do text her first, she doesn't make much of an effort to keep the conversation going. I can't decide if she just isn't a big conversationalist and doesn't know how to or just doesn't want to keep texting. Any opinions on that?

Most girls would love a guy to text her first. Or not at all. It gives her an easy in -- or an easy out.

So if you do text her and she doesn't text back, you should probably just stop immediately and move on.

After you have started “talking” by texting, it's natural for her to initiate conversations, too. If you're always texting her first and she is not overly talkative or goes silent for long periods of time, I'm sorry to say that she's not feeling it.

Oh, and if someone else texts you back who's not the girl who supposedly gave you her “number,” yikes!

Q: Would you say some women just don't know how to react when guys are sweet to them so they seem awkward, or do you think that if she were interested, she would make it a bit clearer?

Becoming friends first makes for a solid foundation. Enjoying time together is solid, but at some point, things should naturally progress out of the friend zone into more if it's in the stars.

It is possible she may not know exactly how to tell you she only sees you as a friend. It's also possible that she's not sure if she feels more for you.

Let me make this easy: If she doesn't know whether or not she sees you as more than a friend, back away. It really shouldn't take long for her to know if she's into you.

A decision to commit to someone should be fun and exciting…and natural. She may be stringing you along until something better presents itself -- or should I say, HIS self.

If she's taking too long to decide on something, that should be evident…and there are a lot of other sexy fish in the sea that you could be spending time with, right?

Romantic feelings are either there or they aren't, and you deserve better than being in dating limbo.

I hope this advice helps you out, guys!

When she's into you, she'll be affectionate and fun…and you'll know it! Her love for you shouldn't change with time, and her attention certainly won't be wandering while you're trying to talk. And if it does, tell her hasta la vista, baby.