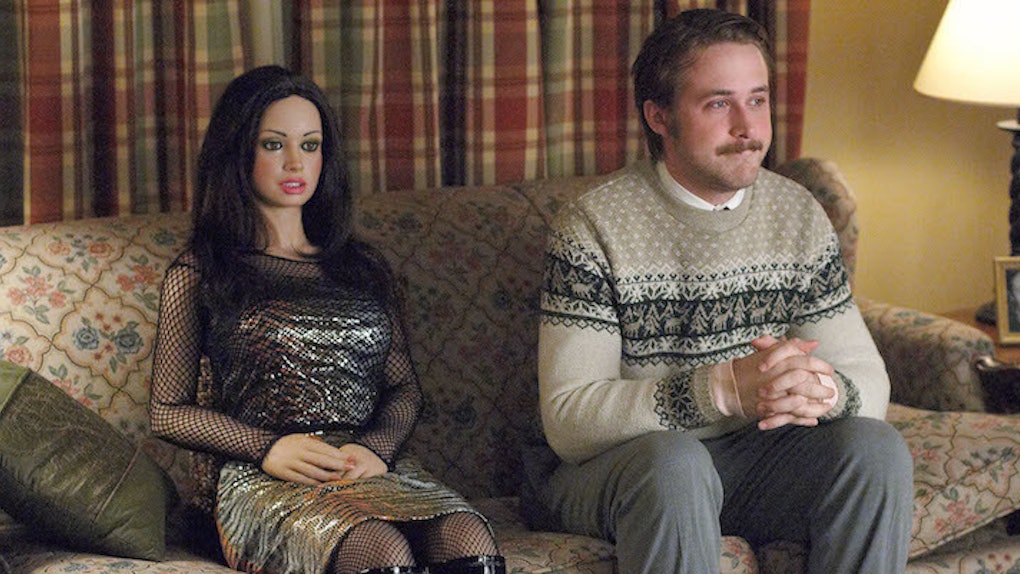 If humans aren't doing it for you, NO WORRIES. You'll be able to have sex with robots next year.

Yep, you read that correctly. On top of going to the gym more, being a nicer person and eating more healthily, you can also make a goal for 2017 to be the year you buy a robot to have sex with... for a mere $15,000.

RealDolls (which you can see for yourself below) are currently being produced at Abyss Creations' factory in California to be more than your average sex doll.

These creepy, real-looking robots have plenty of human-like features designed to make them feel as real as possible.

What sorts of "human-like" features, you ask? Oh, well, in addition to their almost too realistic looks and size, they will also have warm, human-like genitals, Metro UK reports.

If that's still not good enough for you (demanding, much?), don't worry, there's MORE.

They'll also be able to encourage their partners by talking, vibrating and moving as they have sex.

David Levy, author of "Love and Sex With Robots," wrote for the Daily Mail on Sunday that these sex robots are just the beginning of Artificial Intelligence taking over the adult world. He claims,

...As time goes by they will become ever more lifelike as technology advances and new material becomes available and affordable... Synthetic skin embedded with electronic sensors will enable the robots to react with (artificial) pleasure as they are caressed by their owner-lovers, for example. And as Artificial Intelligence researchers improve the quality of computer-generated conversation, robots will develop the skills needed for seduction and the whispering of sweet nothings during love-making.

To be honest, this whole concept irks me... like, a lot. I think it's weird and creepy, and quite frankly, I'm not really a fan of anything that reduces the need for real human interaction (ironic for someone who writes on the internet, I KNOW).

But what do you guys think? Are you totally cool with robot sex? Or does the concept kind of bug you, too?

Citations: Talking sex robots with 'human-like' genitals will be on sale next year for £12,000 (Metro UK), Dawn of the Sexbots: Is new TV show Westworld's future where tourists romance robots just a sick fantasy? No, soon we will buy androids who talk, touch and even feel (Daily Mail)