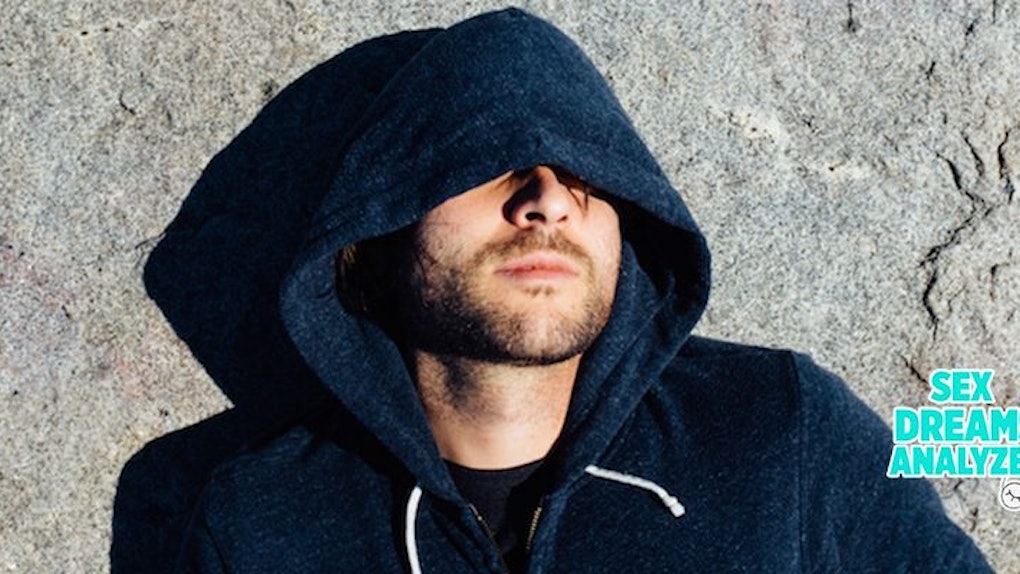 This week, we have Royce* who's reconsidering an entire relationship after he had a gay sex dream about his best friend:

My friend and I were driving somewhere in my car. He kept coming onto me, trying to kiss me and trying to cuddle up against me and get close to me. I kept pushing him away, telling him to stop, and he giggled and he said I can't help it.

Does this mean that my friend is gay? Is this friendship able to be saved? I can't even look him in the face anymore. What does my dream mean?

Oh my. Please don't end a friendship over a dream!

Please don't end a friendship over a dream!

Remember, dreams are symbolic. If you look at them literally, you not only won't get the message, it could cause you to make a huge mistake! Your dreams are a creation of YOUR mind, so whatever someone else does in a dream is not a glimpse into their psyche but rather a glimpse into how YOU feel about them. That being said, this dream does not mean you feel your friend is gay but that, perhaps, there is something going on that is making you a bit uncomfortable.

There are several clues in this dream that will help us to pinpoint what it is. You're in a moving car in the dream, which tells us that your friendship is progressing and moving forward. That's good! But he keeps trying to kiss you and cuddle with you. OK, that's kinda cute, but I understand how this would make you uncomfortable. And what that really means is that, in real life, you two probably are getting closer... on a buddy level.

You're in a moving car in the dream, which tells us your friendship is progressing and moving forward.

The kisses he tries to give you are an important detail. Kissing in dreams often symbolizes conversation in real life because, like kissing, it takes two mouths to converse. This makes me think there may have been a recent conversation between the two of you that made you uncomfortable. And it's most likely a conversation that your friend initiated just as he was the one initiating the kissing in the dream.

Did he recently entrust you with some information? Or did you have a conversation that, while uncomfortable, made you closer? Or do you feel he's being pushy in some way, like trying to get you to go somewhere or do something you don't really want to? THAT could be what the kissing is about... having to tell him something you don't want to tell him.

Anyway, in the end of the dream, he giggles and tells you he can't help it. This tells me there is something that bothers you that he is either not aware of or that doesn't bother him.

Is there anything about him, a behavior, a personality trait or some issue you need to overlook? Or is there something he literally can't help you with? That could be what is upsetting you. Whatever the case, please understand that this dream is not showing you that he is attracted to you romantically. Rather, it is highlighting some sort of issue or nuisance YOU have in regards to him that needs to be corrected or — like the car in your dream — something you need move on from rather than parking on it and focusing on it.

Please understand that this dream is not showing you that he is attracted to you romantically.

You get that, Royce? Your friend isn't into you, so you can chill out.

I think that's a good thing for us all to remember. Our dreams are windows into our own psyches, not anyone else's, so don't let them determine your characterization of anyone!

That being said, our dreams aren't completely random either. So it's important to take some time to explore what it is within your own psyche that's causing you to see that person in that way.

I hope this was helpful to Royce and anyone else having a sex dream about their friend!