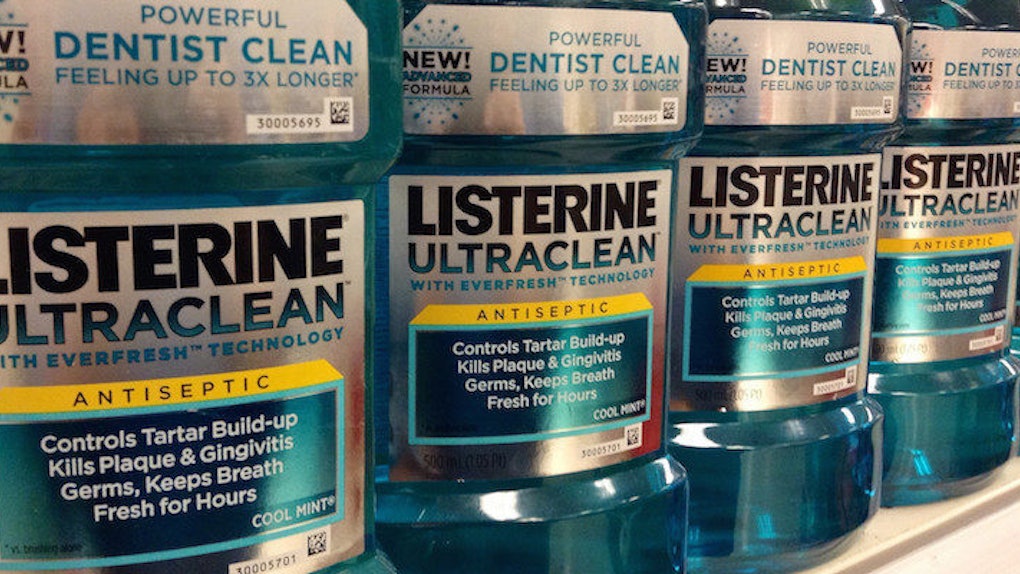 People have been freaking out lately because doctors predict the super common STI gonorrhea may soon become resistant to antibiotics.

In case you forgot, gonorrhea is that one STI all your friends got in college. They probably freaked out and cried and made you swear not to tell anyone. But then they realized all they had to do was take a couple of pills to get rid of it, and all was forgotten.

Well, those handy pills aren't going to be able to help your friends quite as well they used to, and doctors are on the prowl for a new solution.

One possible new solution researchers are looking into? Mouthwash.

Yes, you read that correctly: mouthwash. Like, the stuff you swished around in your mouth in high school when you got home from a party, and you didn't want your mom knowing about the Smirnoff you just pounded down.

Studies have shown people carry gonorrhea in their throats for months before they show symptoms.

Now, Australian researchers are looking into the possibility of using a mouthwash to kill the bacteria in people's throats.

Professor Christopher Fairley, from Monash University in Melbourne, recruited 58 male volunteers with detectable levels of gonorrhea in their mouths at the beginning of his study.

Half of the men were asked to gargle with salt water for a minute, while the other half were given an antiseptic mouthwash (like the Listerine you probably have sitting in your medicine cabinet as you read this) from the supermarket to gargle.

Five minutes later, Fairley swabbed the mens' throats to check if the mouthwash had killed the gonorrhea bacteria that was there earlier.

And what happened? I know you're DYING to know.

Great news, my dear sexually active friends. He found the levels of detectable bacteria dropped with the men who used the mouthwash.

Next, Professor Fairley plans on recruiting volunteers for a three-month trial to see just how long this effect actually lasts and whether or not it could actually stop the spread of gonorrhea.

We hope further results are just as positive as the ones in this first trial.

Citations: Could MOUTHWASH stop gonorrhoea from spreading? Gargling may kill infection in the throat that can be passed on during oral sex (Daily Mail)