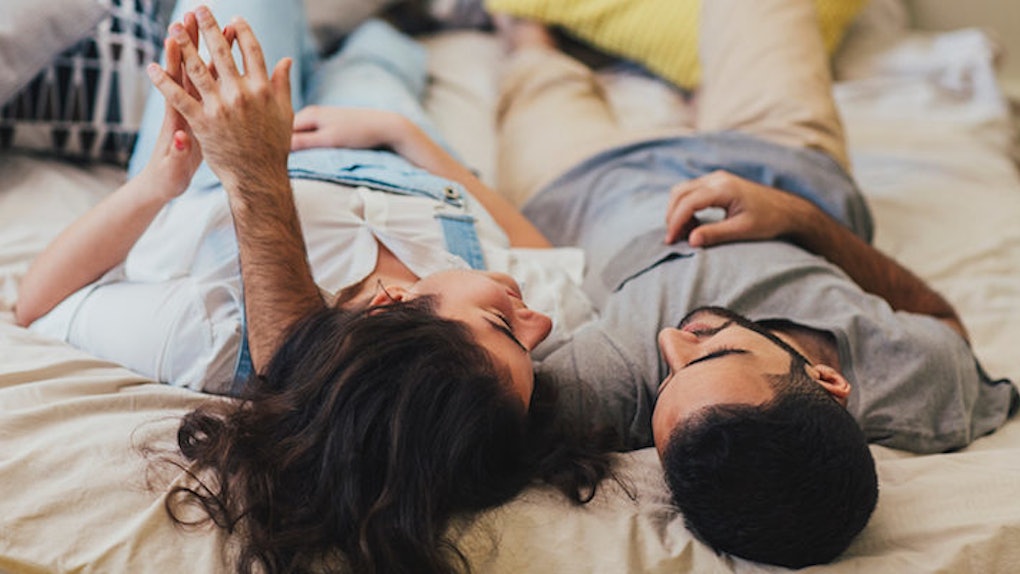 Morning Sex Can Help Your Guy Be Better In Bed, Science Says

Morning sex is a better way to start the day than coffee. It's one of the most natural ways to wake up.

Oh, and here's another reason to love morning sex: According to a new study, exposure to bright lights may actually help men get better in bed.

Researchers at the University of Siena took 38 men with low libidos and gave half of them doses of bright light every morning for two weeks. The men spent those mornings in a room with a light box, a panel from which bright light comes out. The other half of the men were put in a room where the light box didn't emit a light as powerful.

The other group of men who were exposed to the dimmer light only showed scores of 2.7. This score is not significantly different from their scores prior to the exposure.

Professor Faglioni – lead researcher of the team that carried out the study – said that there are a ton of reasons for why bright light is great for sexual satisfaction. One of those possible explanations could be that "light therapy inhibits the pineal gland in the center of the brain," which results in higher testosterone levels.

High testosterone levels are important because not only do they make for a higher libido, but they also seem to lead to a shorter refractory period for men in the bedroom (you want that, because that means your man can get it up again relatively quickly after orgasming just once).

Professor Faglioni makes another interesting point about how bright light is connected to seasonal reproductive trends.

In the Northern hemisphere, the body's Testosterone production naturally declines from November through April, and then rises steadily through the spring and summer with a peak in October. You see the effect of this in reproductive rates, with the month of June showing the highest rate of conception. The use of the light box really mimics what nature does.

Unfortunately, light therapy is still in its trial phase. But Professor Faglioni says if light therapy is replicated in a larger study that confirms the results are long-lasting, there's a chance it could be used in lieu of other methods to help with low sex drive.

What does this mean? Figure out a way to ignore bae's less-than-desirable morning breath, or risk missing out on some hot AF sex.