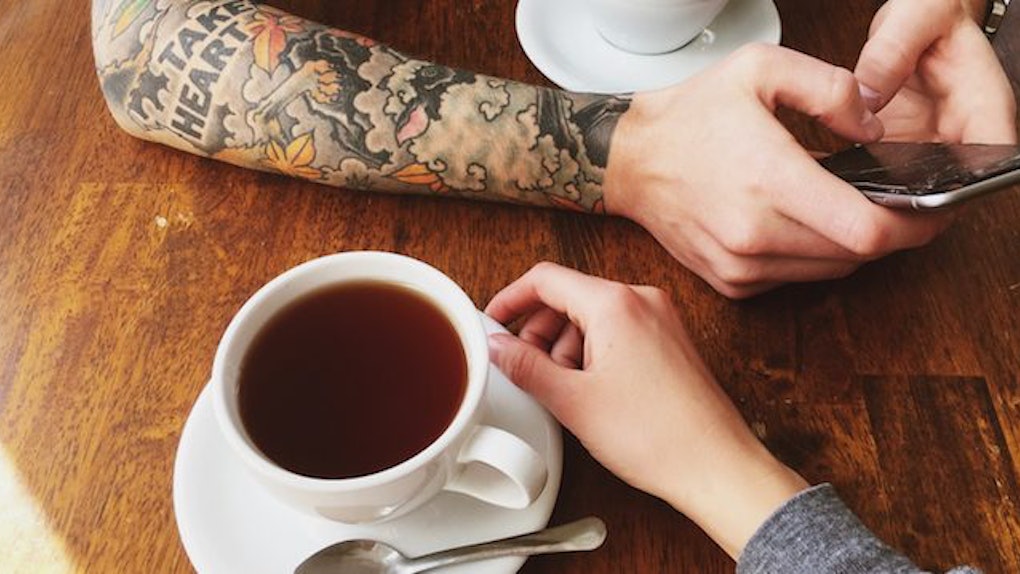 A Mistress Discusses The Signs Your BF Is Cheating On You

In the unfortunate circumstance you've been cheated on, have you ever wanted to speak to the other woman, who was so irresistible, your partner just had to deceive you in the most gut-wrenchingly horrible way possible?

Just in time for Valentine's day, I spoke with JeanMarie, one of SeekingArrangement's most desired mistresses, to reveal the telltale signs your man is cheating.

“I want women to know we are all getting lied to,” she warns. “Open your heart and realize everything happens for a reason.”

I want women to know we are all getting lied to.

This is easy to say when you're the mistress, but JeanMarie herself was once married to a man she very much loved who ended up cheating on her.

He wouldn't even hide the cheating. I would come home and see him with men and women. Monogamy is difficult for most people.

Now, JeanMarie profits from the very deceit that destroyed her marriage. It may not be the most traditional reaction to heartbreak, but it's her own.

And to help us from experiencing what she experienced, JeanMarie divulged everything she's learned about how men act when they're hiding an affair.

This is the number one cause for concern, according to JeanMarie. She knows from her personal run-in with a married man.

“He would take his ring off and never speak about his family, relationships or home life,” she admits. “When I found out, he would tell me they were separated, but I knew he was lying.”

So, how can you spot such a liar right from the start?

She says, “If there are inconsistencies in his stories, call him out on it. Usually, he won't expect it and have to tell the truth or speak in a way that makes it obvious to you that he's lying.”

Not only is this man sleeping with another woman, but he's spending a considerable amount of money — your money — on her?

So much money, in fact, that he needs to keep his spending a secret from you.

This is a very telling sign of a man with a mistress, according to JeanMarie. She explains that he likely deals in cash so his expenses don't show up on credit card statements.

A lot of cheaters blame their extramarital affairs on heavy workloads, which suggests those longer days at work and “private” phone calls could be his go-to fib when he's physically with or talking to his mistress.

Things have gotten especially deep when he suddenly takes several business trips or calls to let you know he's sleeping at friend's houses after a late night, JeanMarie warns.

The best way to find out, she adds, is to kiss up to him, which is something that could be very difficult, given your inclination.

But it will pay off.

Give him a massage, make his favorite meal and see if those actions make any change. If he has sex with you, then there's still hope. If not, he might not be attracted to you anymore.

He's checking his phone a lot.

If he's always peaking at his phone and hiding the screen, then there's a good chance he's cheating, especially if he didn't do these things earlier in the relationship.

Another phone-related measure to watch out for is if your man suddenly puts a lock on his phone.

“My favorite thing to do is search the computer history and see what he's been looking at,” JeanMarie says. “Another method I tend to enjoy is making a profile on Instagram or Facebook, pretending to be that person, and see if he replies or tries to make plans.”

Though this is a deceitful act in and of itself, JeanMarie insists it works.

“Make sure the girl's photo is really hot,” she adds. “It's best to ask a girlfriend so you have her permission to use her intellectual property and photos.” (In other words: Don't be a catfish.)

There's a sudden change in his appearance.

If man starts making abrupt changes to his appearance out of nowhere — be it hairstyle, body, wardrobe or facial hair — there may be a cause for concern.

“Men are simple,” JeanMarie asserts. “Once they feel they 'have you,' they will stop impressing you and start impressing someone else.”

Obviously, a new t-shirt is nothing to be speculative of... but a combination of these things could be representative of something more sinister.