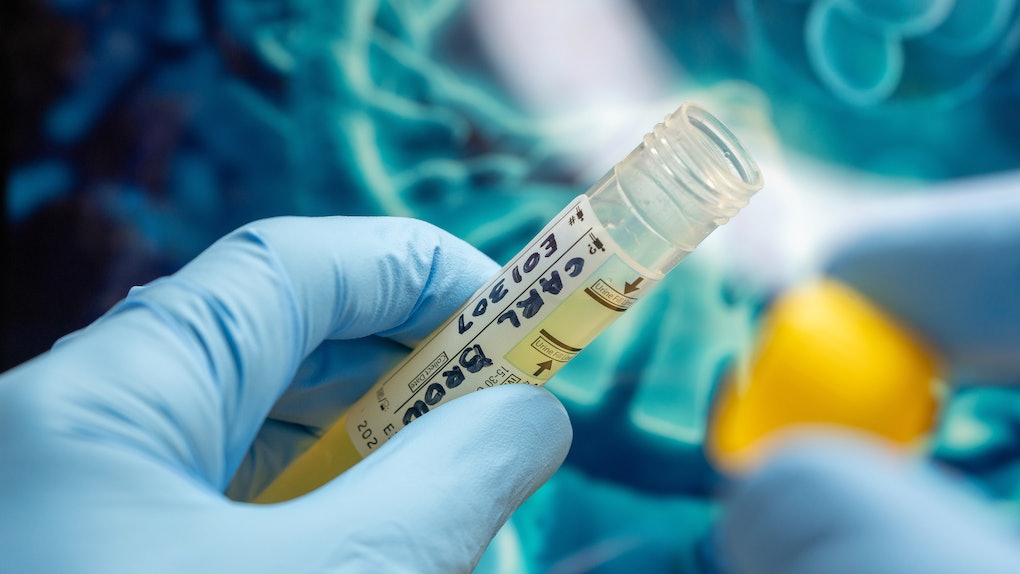 Why Millennial Men Are Getting Fewer STD Tests Than Women

According to recent reports, Jim Carrey's ex-girlfriend, Cathriona White, allegedly killed herself after finding out that her Hollywood star of an ex had apparently given her THREE STDs. Herpes type 1, type 2, and gonorrhea.

It's a horrible, heartbreaking and tragic story for a million and one reasons. But one of the most heartbreaking is that, if Jim Carrey really did have all of these STDs, this may have been prevented if he had just gotten tested and been up front with his then-girlfriend about the results BEFORE having sex with her.

You see, you guys, we have a big problem: There is a large group of men who don't seem to realize the importance of being tested. In fact, our new reader survey found that 28 percent of millennial men have NEVER been tested, compared to 26 percent of women. Like ever.

And, only 45 percent of men, compared to 53 percent of women, have gotten tested within the last year.

In case you're not too good with numbers, that means over half of the millennial male population has no idea if they've been walking around with an STD in 2016.

Why Men Aren't Getting Tested

So what gives? Why are guys not as diligent as women in getting tested?

Katharine O'Connell White, M.D., M.P.H., assistant professor of OB/GYN at Boston University, believes that it comes down to the fact that men are often overlooked when it comes to sexual health.

"The survey findings may reflect that men are less likely to seek preventative care and annual exams than women, who frequently head to the gyno for a pap test and birth control," says Dr. White. "Without that routine exam, there may be less motivation to seek out testing, especially if men are feeling well."

She's spot on. When we asked guys WHY they got their last STD test, the number one reason was: "I thought I had something."

Only 10 percent asked their doctor for a test during their annual checkup, and only 3 percent were asked by their doc if they wanted one.

According to Dr. White, men are often left out of the efforts to increase STD screenings since most of the messages promoting testing are usually geared toward women.

But we can change this narrative... starting now.

What To Do If You're A Sexually Active Straight Male

More specifically, straight men should get tested at least once a year for chlamydia, gonorrhea and syphilis if you've been having unprotected sex, sleeping with multiple partners, or have a new SO, says Gilbert.

We have a feeling that applies to a whole lot of you, so start planning those doctors appointments.

What To Do If You're A Sexually Active Gay Male

"Some men who have sex with men often have chlamydia and gonorrhea infections in their rectums and throats but don't know it. So, additional screening is needed to find these," says Gilbert.

If you are engaging in unprotected sex with men or have other risk factors you should get tested more regularly — Gilbert recommends every three to six months — for chlamydia, gonorrhea, HIV, and syphilis.

Additionally, Gilbert recommends getting screened regularly for Hepatitis B if you haven't been vaccinated.

Okay so no more excuses, fellas! Getting tested is crucial for you and for your partners.

Citations: JIM CARREY'S STD SHAME Heartbreaking texts between Jim Carrey and tragic lover appear to reveal she feared he gave her THREE STDs before dumping her (The Sun), A Scary Amount Of Millennials Are Not Getting STD Tests, Our New Survey Finds (Elite Daily)