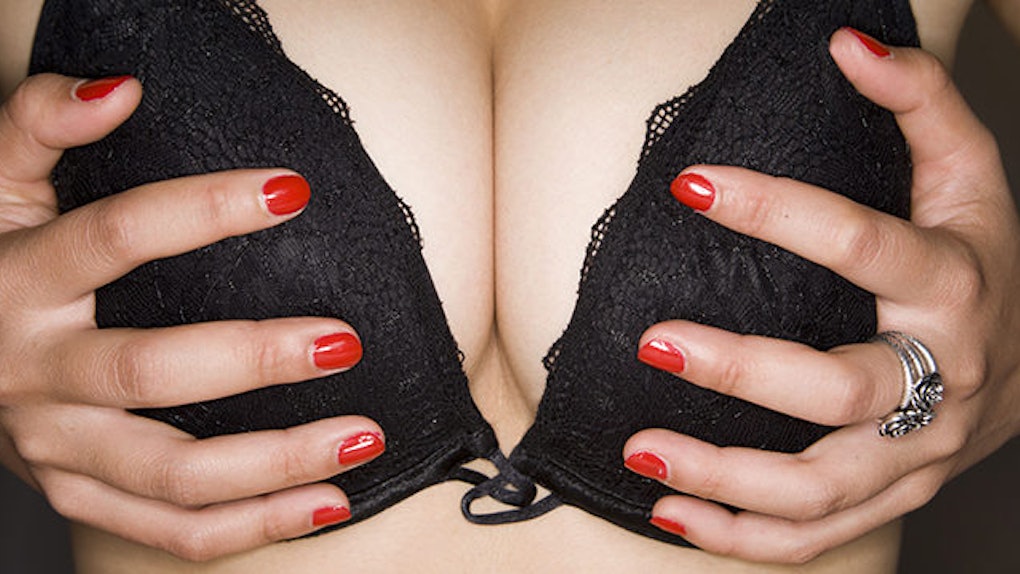 Women Are Requesting Nipple Surgery Men Are Against It

We know about women increasing their bra size, and Kim K basically became the "face" of butt implants, despite her denial of ever getting the surgery.

But there's a new cosmetic trend you didn't see coming, and according to experts, it's nipple size reduction.

No, seriously. That's the prediction that was made by the Plastic Surgery Group of the UK, which released its annual cosmetics trends.

According to the Independent, Dr.Mo Akhavani wrote in the study,

But Akhavani didn't only assert changing nipple sizes as a trend, he basically implied that research shows women with smaller nipples were better looking, too.

Akhavani said, per The Independent,

Yes, that's a real quote. And if it made you scratch your head, trust that you're not alone. The idea that women with smaller nipples are more attractive is perplexing because:

That second point is especially true for the men who responded to the idea of a nipple-change trend.

In a recent thread on Reddit, men were asked what their ideal nipple size was for a woman they were sleeping with. And, surprise surprise, most guys responded exactly how you think they'd respond: "Eh, it doesn't really matter that much."

One respondent tried so hard to show how much of a non-issue nipple-size is that his sarcasm belongs in the condescending hall of fame.

Translation: "this question is ridiculous." And it is!

No matter what any plastic surgery group researches, it looks pretty safe to say men aren't that worried about smaller nipple sizes. As long as they can't shoot at us during an argument, we're good.