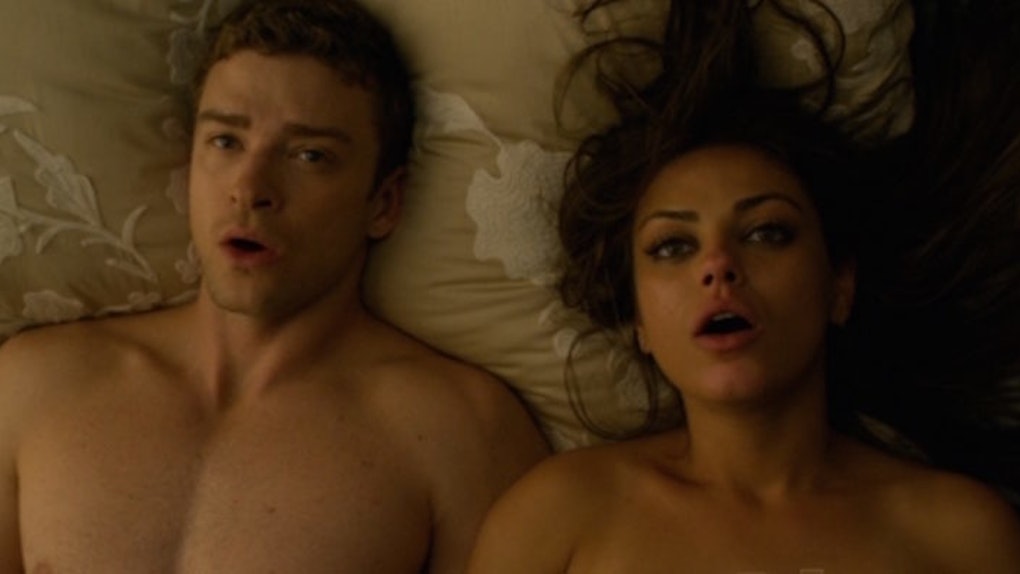 Long, Intense Orgasms Can Put You In A Trance-Like State

If you feel zombied out after having an orgasm, well, that's because you might actually be pretty spaced out, according to science.

A study published in Socioaffective Neuroscience & Psychology found that an orgasm can enhance brain activity so much, it can put you in a trance-like state during which you can only focus on the pleasurable sensation — and nothing else.

"Sex is a source of pleasurable sensations and emotional connection, but beyond that, it's actually an altered state of consciousness," explains neuroscientist and study author, Adam Safron, a PhD candidate at Northwestern University.

Orgasms can enhance brain activity so much, they can put you in a trance-like state.

Saffron and his team discovered that stimulating the same sexual nerve over and over again (think: your BF zoning in your clitoris) for a long period of time can actually cause a chain reaction in your brain that allows you to block everything else out and only focus on how good it feels.

Such intense focus blocks out your self-awareness and creates "a state of sensory absorption and trance," the study says.

In other words, we sort of lose ourselves in the moment, quite literally.

But, not any type of sex or orgasm will have this effect.

If you want to get in this trance-like state, then it's all about rhythm, folks.

"Synchronization is important for signal propagation in the brain, because neurons are more likely to fire if they are stimulated multiple times within a narrow window of time," Safron says.

Meaning: Bae's continued, consistent and lengthy attention to your erogenous zones — the mighty clit or the head of the penis — is what will put you in that happy, "high" state when reaching the big O.

And what's the pay-off to this sex high? Well, the study authors believe that being so intensely focused might be our brain's way of signaling us to keep having sex with a certain person because they're "fulfilling our sexual needs."

Stay with this guy, he gives you great orgasms, your brain says.

And hey, your brain also interprets this as a sign that he's likely to attend to your needs outside the bedroom, too — an evolutionary win-win!

I think it's so cool to realize the reason we love having sex with the same partner is because we get into a familiar rhythm that works — kind of like listening to your favorite song on repeat.

Maybe that's why so many people feel unfulfilled by one-night stands. There's just no rhythm... or sex trance!