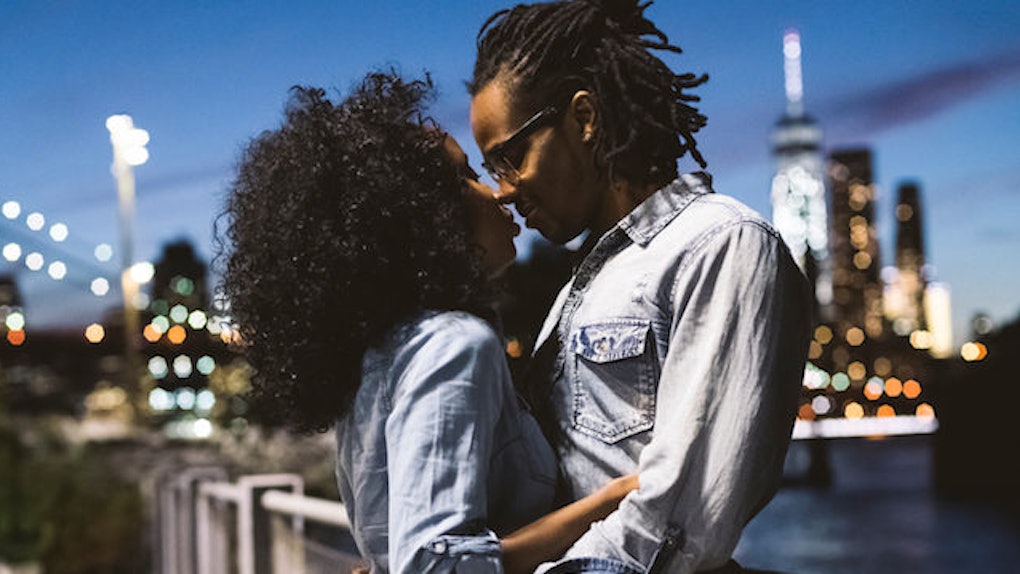 People Lie To You About Having An STI, Science Says

I once jokingly tweeted, “If you haven't gotten an STD at least once and you're over 25, you probably didn't attend a public university.”

But according to Stanford University's Sexual Health Peer Resource Center, there was truth to my joke, seeing as one in four college students leave school with more than just a degree.

All jokes aside, there's an undeniable stigma surrounding STIs. Talking about them with a partner is sometimes more uncomfortable than sitting in the middle seat in upright position between a Trump supporter and a Muslim on a 9-hour flight from Paris.

Thanks to the hook-up culture encouraged by the popularity of dating apps, we're exposing ourselves to the risk of contracting STIs more frequently than in the past. In today's dating world, sex on the first date (or in some cases, the first encounter) is more than expected. We disregard the long-term effects the late-night hookup can have on our lives and opt for instant gratification.

We disregard the long-term effects of the late-night hookup and opt for instant gratification.

Then, fast-forward past a few dates from hell and a handful of one-night stands, we find bae. All of a sudden, we're bringing more to the relationship than honesty and long walks on the beach.

So how are STIs affecting our love lives? Are we openly talking about them with our current or new partners? According to a survey from Superdrug.com, we may not be having the STI talk as often as we should.

Talking about STIs is nerve-wracking. Just thinking about bringing up the conversation fills my body with anxiety and leaves my hands drenched in sweat — a feeling 40 percent of people seem to have in common.

Superdrug.com surveyed 2,000 people in the hopes of determining how STIs affect relationships both in the US and in the UK.

According to the survey, over 40 percent of people don't ask new partners if they've ever tested positive for an STI. That's alarming. That's two out of five people who don't ask someone they plan to sleep with — or already have slept with — about their sexual health.

Over 40 percent of people don't ask new partners if they've ever tested positive for an STI.

When was the last time you asked one of your Tinder matches about their most recent STI test? I'll be the first to answer that -- never. Because how do you casually ask someone if they have gonorrhea?

According to the study, nearly 50 percent of men and over 50 percent of women admit to having more unprotected sex than protected sex. That means we put ourselves at risk by avoiding to have the STI talk and then up the ante by not using protection.

Even though STIs are becoming easier to cure, and information about them is readily available, there's no easy way to bring up the topic. So what's holding us back from asking the simple, yet extremely important question? If it's embarrassment or fear of being judged, your feelings are about to be at ease.

80 percent of people will not think less of someone who had an STI.

Because the only thing worse than not talking about STIs is knowingly having one and selfishly putting your partner at risk.

Thankfully, it looks like even though we aren't routinely talking about STIs with our partners, most people aren't lying about having an infection. Last year it was reported that STI cases hit an all-time high, making it more important than ever to not only have an STI test, but to also have the STI talk.

50 percent of people say they'd stay in a relationship with a partner who revealed they have an STI.

The more we talk about something, the easier it gets. If we talk about STIs more frequently, eventually, having the conversation won't be such a big deal.

The study shows that the anxiety associated with STIs is oftentimes mutual; your partner probably wants to ask you the same questions.