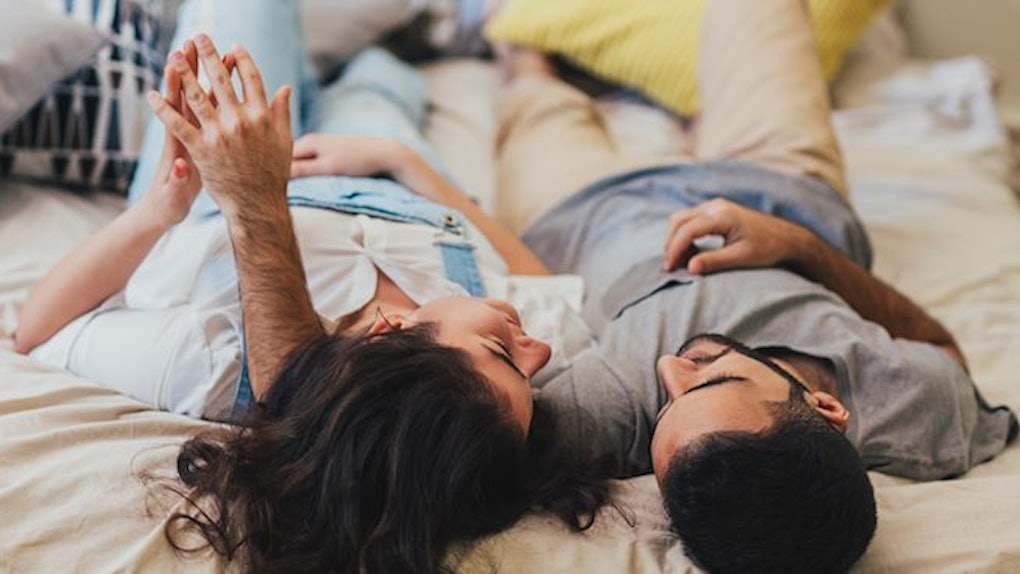 Can A Man Stay Sexually Satisfied With His Wife?

Though it may not be the only part of a relationship, sexual chemistry and overall satisfaction can act as a pretty big factor when it comes to your happiness level.

Even the ~loviest~ of couples could hit a rut if things start to feel a little repetitive in the bedroom.

Sure, there are ways to spice up your sex life, but what if you exhaust your options? What if sex starts to feel mundane and routine instead of fiery and passionate?

That's when you start to think about marriage: the bond between two people who say that they will love one another 'til the bitter end and will only take the train to pound town with each other.

While polyamorous or swinger lifestyles operate differently, on average, the sex life of a married couple stays between only those two. With a lifelong relationship comes a lifetime of sex with the same person.

The question is, would a man be able to do that? Or would he get too bored?

A handful of guys took to Reddit to answer a someone who questioned if it was possible for guys to sleep with just one woman for the rest of their lives without growing bored of her and her vagina.

Gentlemen, the floor is yours:

After decades with the same woman, this guy says it just takes some effort.

Your thoughts and feelings about sex change as you get more mature, according to these two guys.

This couple is having the best sex of their lives, despite being together for a long, long time.

Sometimes, it's important to categorize "sex" and "love" as two separate things.

This guy's polyamorous lifestyle has allowed him to explore new things and get more sexually adventurous.

Apparently, the secret to a great marriage is plenty of penetration.

If you truly love a woman, the amount of times you sleep with her shouldn't really play a factor in the relationship.

This guy strongly believes that sex with your wife won't get boring as long as you communicate.

With 20 years under their belts, these couples can't get enough of each other.

If you jump from female to female, this guy believes you'll never get a good grasp on her interests in bed.

Time, along with ups and downs with one person, will only lead to a better sex life.

But as always, to each his own.

Though most of these guys seemed to vote in favor of monogamy, that's not to say it's for everyone.

Don't look at me though. I'm single AF.