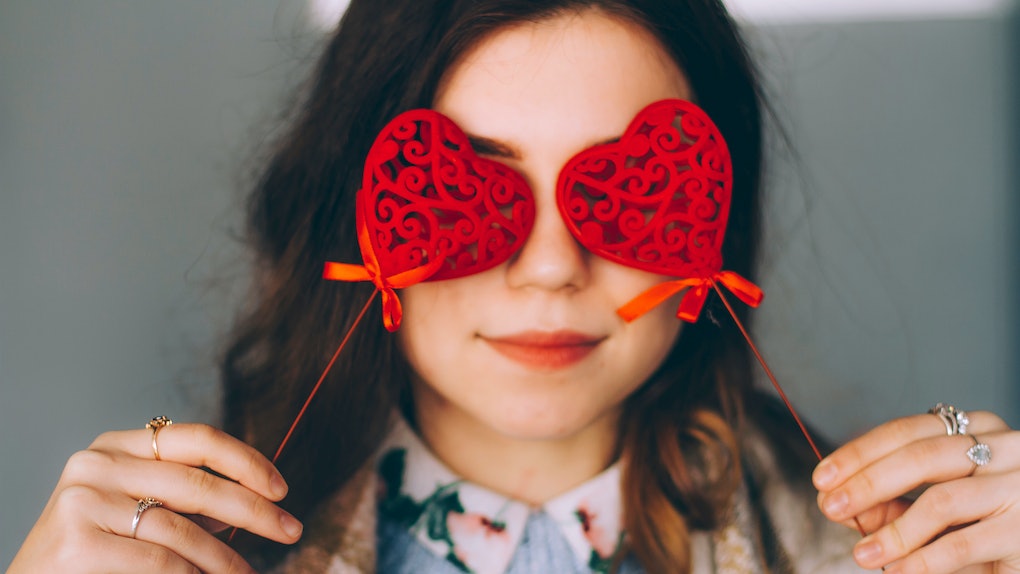 Everyone has a traumatic, embarrassing, funny, sweet or silly Valentine's Day story to share. Through breakups, bad gifts and everything in between, the Elite Daily staff has experienced its fair share of Valentine's Day nightmares.

We bring to you "Elite Daily Shares," a round-up of our best worst stories to make you feel better about your life.

If you're alone this holiday, or if you're really just not looking forward to spending it with your sweetheart, here are nine stories from the people who totally get you...

My worst Valentine's Day, by far, was my freshman year of college. I was pledging a fraternity (because I'm such a bro), and so I barely had time to get anything for my girlfriend at the time (due to privacy issues, we'll refer to her as “Devil Woman”).

So, like any good Jewish boy would do, I called my mom, asked her to pick something out and send it to me to give to Devil Woman. When the day came, I got permission to get out of pledging and take her out for dinner.

When I gave her the necklace, she looked down at it, looked up at me, looked down again and then said something along the line of "No, thanks." I was crushed. No, thanks? WTF does that even mean?

In Devil Woman's defense, the necklace was one of the most hideous pieces of jewelry I had ever seen (Thanks, Mom!). It legit looked like a pack of Trojan condoms individually tied together to form the ultimate STD protective necklace (I guess she would have preferred pearls...).

Anyway, I ripped up the necklace later that night in front of her and threw it in the garbage.

PS: My mom also sent a pair of matching condom earrings to go along with it. I still wear them to bed every night, to this day.

In seventh grade, I woke up on Valentine’s Day with no gift for my girlfriend. I dug through my closet before school and the best item I could find was a dusty, wrinkled Sylvester The Cat stuffed animal -- the kind a parent wins for you at a carnival.

With no time to spare and a boyish fear of telling my parents I had a girlfriend, I came to the conclusion that the cat would have to do, and that she probably wouldn't get me anything, anyway.

When we met at my locker, she was holding a dozen roses and a heart-shaped box of chocolates that was bigger than my torso. I pulled the mangled cat doll from my backpack and handed it over with a smile. After school the same day, I got a call from her best friend who kindly informed me that I was now single and could find a different valentine.

My boyfriend gave me a diamond necklace last year for V-Day. He didn't last, but the necklace did. I guess diamonds really are forever.

When I was a sophomore in high school on Valentine's Day, I had a rich girlfriend who lived two blocks from me in a bajillion-dollar brownstone. I also had a girl I hooked up with in my apartment building, which was kind of a relationship, too.

So I was supposed to cook my girlfriend dinner at my mom's house with candles and all that, but she took forever, and eventually, the girl from upstairs came down because it was Valentine's Day and neither of us wanted to spend it alone.

I'm in the middle of cooking the meal, we start hooking up, and then I hear the buzzer.

I'm, like, "F*ck." But my room was in the basement, and it had another door that led out into the garbage alley. I sent her out the door and brought my girlfriend in. Worst Valentine’s Day, EVER.

- An Elite Daily Writer who doesn't kiss and tell

I told my girlfriend I was scheduled to work on Valentine's Day (I wasn't) and suggested we meet up for brunch the next day, instead.

I did this largely so I wouldn't have to pay Valentine's Day flower prices. The next morning the florist I had planned on going to was closed, so I got her a box of Reese's Peanut Butter Cups shaped like a heart for 50 percent off at CVS. We broke up a week later.

I saw Step Up on Valentine's Day. My date was worse than the movie.

My long-distance boyfriend at the time had romantically flown to bitter-cold Michigan just to celebrate with me in person. Being that we hardly ever saw each other and things were already on the rocks, when we finally reunited on Valentine's Day, we realized the long-distance situation was a strain.

So we broke up during our really nice Valentine's Day dinner and I drove him back to the airport.

Ironically, it was the easiest breakup I've ever had. Maybe it was the Valentine's Day spirit.

I was hooking up with this guy for months. I had no intentions of any Valentine's Day plans, but he bought me flowers, sweatpants (the key to my heart) and wrote me a card. My birthday was two weeks later, he took me to dinner, bought me nothing and claimed we weren't dating...

After that, we dated for a year.

In college, I was seeing a guy on and off for about two years. He'd switch between me and his ex. After spending New Year's Eve with him, he decided to tell me post-midnight that he was going to get back with his ex (winning!).

About a month later, I start getting texts from him again and eventually he tells me that he had plans for Valentine's Day, but the *girl* turned out to be a *something vulgar.* So he asked me if I'd want to go out with him, instead. I very hastily agreed because I knew this pattern well, but I also really liked him.

The week before V-Day he started getting weird, I knew something was up, and then surprise, surprise, the day before Valentine's… he cancels on me.

I told him to never talk to me again and basically we haven't. He's back with his ex, but I'm happy with the experience because it definitely made me smarter in the long run!

Valentine's Day during my junior year of college was off to stellar beginnings.

I was dating this pathological liar, perpetual cheater, likely sociopath, who finally stepped up to the plate and decided to do something nice for me on the one day of the year it was required that he show me a little bit of love.

We started out with the gift exchange. I handed him a thoughtfully-written card and a box of chocolate-covered strawberries. For me, jewelry wasn't in the cards, but a stuffed Polar Bear, a big-ass bag of candy and three uniquely-colored roses made me giddy.

We hit the nicest restaurant in town for dinner before heading back to my dorm room (talk about a sexy atmosphere) for a lil nookie.

He opens the door and greets me with a blindfold before covering my eyes and leading me to the bed. Heart-pumping, I lower my hands to the bed, feeling the soft touch of rose petals.

He takes off the blindfold and, well, your imagination can lead you through the rest. The next morning we awoke to a white comforter covered in random patterns of red stains (from the crushed rose petals).

Needless to say, the stains didn't come out, and the next week, the bastard cheated on me yet again.

I really liked that comforter...

- Senior Editor, who likes the sound of anonymity better than full-disclosure

Freshman year of college, the guy I was pseudo-dating didn't bring up Valentine's Day, so obviously, neither did I. Assuming he was busy, I watched "Finding Nemo" with my friend who lived on his floor. Halfway through, the guy walked in, sat on the floor, and watched the rest of the movie with us.

We probably had sex afterwards because, what can I say, I'm a hopeless romantic.

- Editor, who would rather eat cheese than chocolate anyway