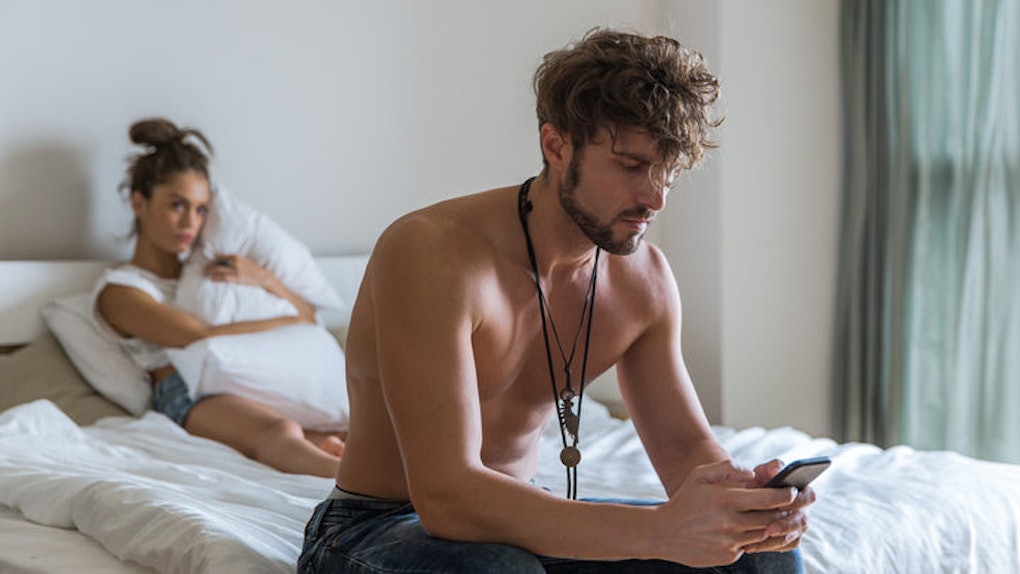 Cheating is an absolute deal-breaker for me, as I'm sure it is for many others. Breaking someone's trust is something that's just really hard to be forgiven.

If you're committed to someone, whether dating a for few months or a few years, there is no real excuse to scamper away and be unfaithful.

Now, if you have suspicions your SO has been messing around with someone else, science says their disloyalty probably already happened.

Cheating occurs most often on November 18.

The site has a 30 percent spike in traffic on that day, more so than any other day of the year, leading them to believe it's the last day people actually have time to cheat.

In fact, 72 percent of the 300 survey participants found they'd be more likely to cheat on that day because there are less responsibilities right before the family holiday events.

Christian Grant, a spokesperson for Illicit Encounters, believes being a family man (or woman) will take precedent over casual adultery once this time of the month rolls around... and you want to make sure you land on Santa's "nice" list.

"Unfaithful Friday, and the days that succeed it, represents the last chance an adulterer has to sneak away with their mistress," Grant said.

Unfaithful Friday represents the last chance an adulterer has to sneak away with their mistress.

"In the weeks to come, they'll simply be overwhelmed with nativity plays, Christmas shopping, decorating, and of course, Christmas and New Year's. Their kids will have time off from school, and their familial responsibilities will take priority."

It's awfully swell cheaters have enough of a conscience to weigh spending time with their families over being unfaithful, but that defeats the purpose.

Ladies and gents, if this bout of information raises any questions in your relationship, I advise you to do something about it right now.

There's no reason to wait until 2016 closes out to find out if your partner has been cheating on you, so snoop as you may.

Is your partner spending an unusual amount of time at work all of a sudden? Maybe paying off more on their credit card than usual? If you suspect something, do something about it!

Citations: This is the most likely day of the year people will cheat (Cosmopolitan)