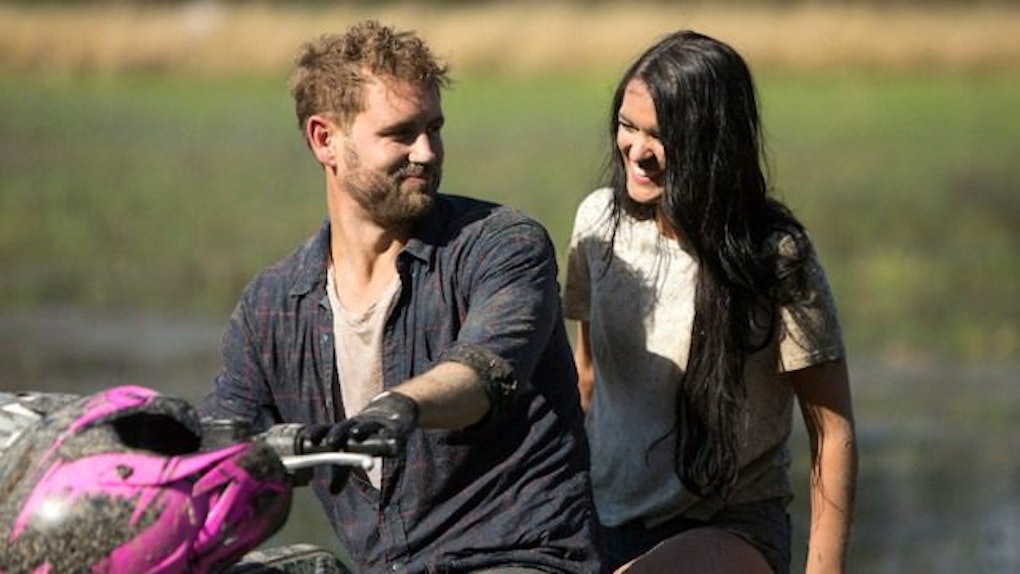 7 Stages Of Having Sex With A New Guy

Whenever I'm into a new guy (which is basically never), one of my friends never hesitates to give me the lecture on the importance of enforcing the 90-day rule.

This is the withholding of sex until you really know and trust a guy's intentions, which allegedly takes exactly three months.

I've heard arguments on both ends. There are men who end up marrying the girl they slept with on the first night and others that ghost immediately after.

Either way, it's no secret most guys exhibit two types of behavior when they're dating a new girl.

I like to refer to these as pre-sex ass kissing and post-sex wall building.

You may not notice the jolt of their before-and-after-sex-behaviors right away, but it's likely that if he's that guy who loses his interest after sex, you will gradually encounter differences in him throughout various stages.

In the pre-sex ass kissing phase, when you're getting to know him a few weeks in, this guy is a dream come true. The reason is he's in full-on chase mode. He's going to do anything and be anything to convince you he's worthy of you giving it up.

This includes him clearing his schedule to accommodate seeing you anytime or any place, driving whatever amount of distance to take you to a really nice dinner or cooking you a really elaborate one at home.

Try to notice these things, as well as little discrete things like pulling out your chair or opening the car door for you wherever you go. If he stops doing them after you've done the deed, you have your answer for what his intentions were.

Also in the pre-sex phase, texting is a constant flow of compliments, endearments and interest in your life all day long, from morning to night. If you really like him, you're sitting there smiling down at your phone 24/7 and it's not annoying you like it does when other guys try it.

He also likes everything you post and makes his presence on social media known and felt. He calls you baby and sometimes even refers to you as "my girl."

Of course, you're going to get wrapped up and think this is what it will always be like, as he's setting up the expectation that he's so into you that he's not going anywhere. It's not hard to hope and believe that he's going to be this and more once you let him in your bed.

3. Breaking Down Your Walls

In summary, during pre-sex phases, he's gassing you up to take you for a ride, good or bad. You can't help but to relish in it and hope for the best as you start to fall for him. Even the strongest of walls can crumble if he's brought his "A" game, which he can and will if he wants it bad enough.

And if he's consistent and damn good at charming you, chances are you are going to let that wall down sooner than you expected. This is the basis for the 90-day rule and waiting to have sex until you know him well enough that you can answer the question, "Is he really this amazing or is this an act?"

OK, you had sex. Now some degree of anxiety kicks in for us ladies. Was it too soon or am I in the clear?

He either becomes a complete asshole and ghosts you or he stays consistent and you ride off into the sunset.

In between these two extremes, there is a gray area which I refer to as his wall-building. In this stage, guys are most likely trying to figure out if they want to continue things with you.

This is where women feel a shift in the guy's actions. If he truly likes you, he's going to up his ante and be and do everything he was before and more. But the wall-builders are going to take a step back.

If he didn't step back and knows you're what he wants, his behavior is only changing for the better, proving that how long you waited didn't really matter to begin with.

But if he decided to back off, he starts to question his feelings or whether he's up for a relationship with you.

He might then begin to seek out other options with other girls and get back on his dating apps.

He stops texting or calling as much and seems so much busier and unavailable now. Soon the effort-filled dates and willingness to accommodate his schedule to see you stops.

His actions have now caused you to be distant, or for some, a little neurotic, which is only natural as you have some degree of whiplash from his change in behavior towards you.

The real person you're dating has likely surfaced by this point because sex can change things. He either holds up to all the expectations he set in the beginning or you're left thinking you just hallucinated the entire thing.

One thing that's for sure -- if you need to have the conversation that you had to initiate about what's changed when you feel the shift, or if he avoids it altogether, he wasn't ever that into you.

We may not known what we wanted out of him to begin with, or where it was even going, but at the very least, we wanted him to be honest enough to stay true to who you thought he was or decent enough to admit it when he wasn't.

As for the next guy who's lucky enough to date you, hold out a little longer and you will probably find that he was worth the wait.