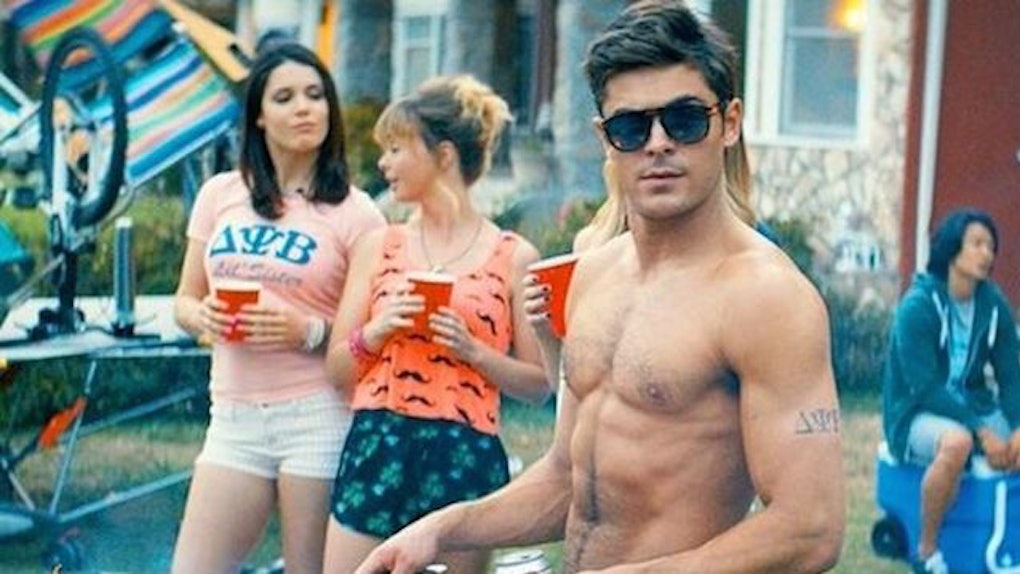 These Are The 20 Colleges Having The Most Sex

All right, just because you porked a lot of people in college, DOESN'T MAKE YOU SPECIAL.

Everyone had their chance to have a lot of sex in college. But a new study by CollegeStats.org and DrEd.com found that students at certain schools are getting it on a lot more than others are.

Before we get into that part, let's talk about how many people are getting laid in college in general.

In their survey of 2,000 people, the first thing researchers looked into was how many sexual partners college students had on average.

OK, so now, we know that the average person has about five sexual partners throughout their college experience.

It's also worth noting almost HALF of women's sexual partners overall are from their college days. That's no casual feat.

Now, it's time to see how some of these SEXY colleges compare to that five-partner average:

First of all, I'd like to note that University of Arizona, Tulane, Miami U and most of the other schools we typically think of as big "party" schools didn't even make the cut!

Like, seriously? CORNELL? That's a freaking ivy league school! Who knew all those nerds are getting down and dirty?

I think the most fascinating part of it all, for me, is the sheer number of people the top schools are banging when compared to the average numbers we mentioned earlier.

People at Temple University have an average of about 11 sexual partners! That's literally over DOUBLE the average of five. Go owls, baby!

(Yes, I had to look up Temple University's mascot to make that joke. SUE ME.)

Rutgers, Texas A&M, University of South Carolina, Cornell (still not over that one) and the University of Illinois are all also doing their parts in ~getting it on~, with average numbers well above five partners.

So, if you're an alumni or student at any of these schools, CONGRATS and BE SAFE, you sexy, sexy mofos.