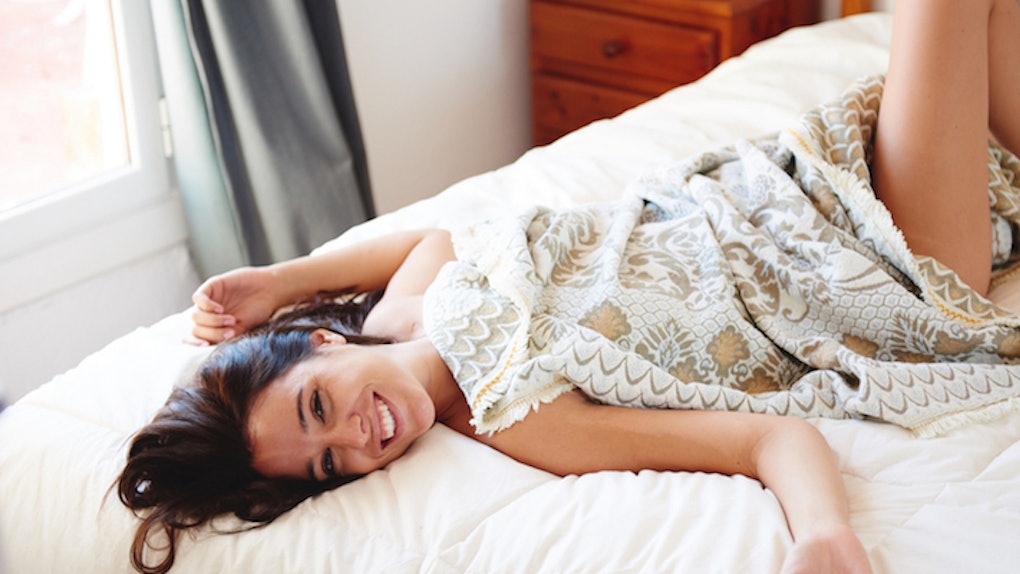 Women Who Prefer Clitoral Orgasms Can Get In The Mood Faster, Science Says

Can't get a good old-fashioned O without a little bit of clit action? Don't worry, a new study published in the Journal of Sexual Medicine just found you're actually at a sexual advantage.

In the study of nearly 90 women (aged 18 to 53), the researchers asked the ladies about their sexual history and orgasm experience. Then, each woman was shown a bunch of movies.

Some of the movies were super vanilla, and some were a little on the sexy side. But for the most part, they were all pretty neutral. The overarching point was to launch some sort of fantasy in the women's minds.

What did they find?

First of all, most women (64 percent of them!) are partial toward a combo of vaginal and clitoral stimulation to orgasm.

Most women are partial toward a combo of vaginal and clitoral stimulation to orgasm.

Dr. Prause elaborated upon this for us:

Aka, if you prefer clitoral orgasms, YOU ARE NORMAL, AND YOU CAN RELAX AND ENJOY.

Finally (and this is where it gets good), women who prefer clitoral stimulation might actually be better off when it comes to sex. These women are more capable of manipulating their own ability to get turned on.

THAT IS SOME GIRL POWER. YOU ARE IN CHARGE OF YOUR OWN SEXUAL DESTINY, LADIES.

But Dr. Prause said either way, women shouldn't be judgings the kinds of orgasms they have, because "women only experience orgasms about 65 percent of the times they engage in intercourse (compared to men's ~95 percent)."

So, bottom line: No matter how or how often you're orgasming, you're GOOD.