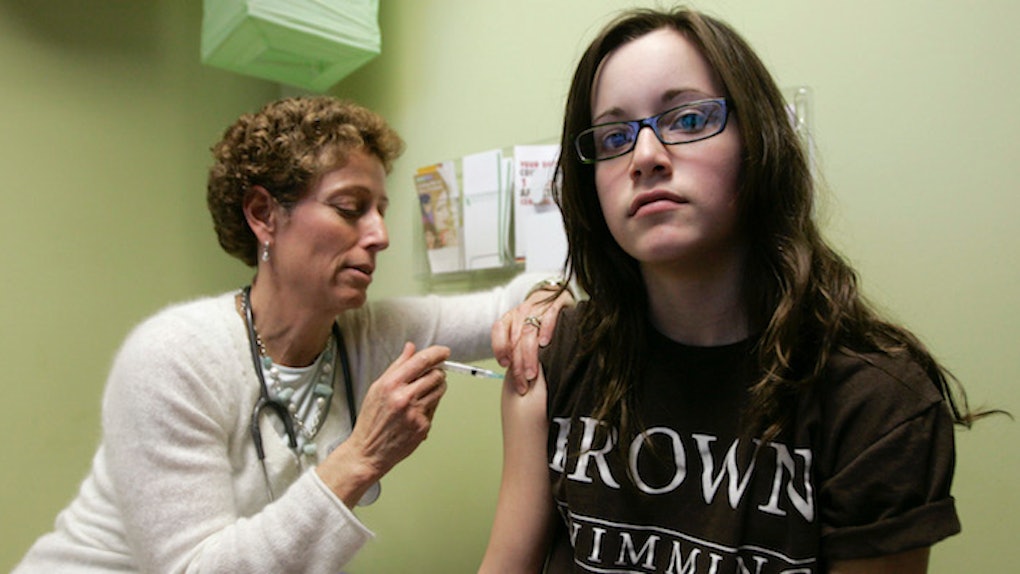 HPV Is Now Causing A Different Type Of Cervical Cancer

Basically, if you're a sexually active human being who has not been vaccinated for HPV (like yours truly), you probably have the virus.

Most of the time, HPV doesn't cause any health mishaps at all, and it usually just goes away on its own. (Thank God because it's so damn common.)

But in some cases, HPV can give you a lovely condition known as genital warts, which look like smallish bumps around your genitalia.

HPV can also cause certain types of cancer (so get vaccinated) — and researchers just discovered a new subtype of cervical cancer caused by HPV.

Now, I know you're a little hypochondriac like me (am I projecting?), so let me assure you, it takes years — decades, even — for HPV to manifest into cancer.

In the new study, researchers found that in cervical cancerous tumors, which contained HPV DNA, HPV was no longer active in about 8 percent of those tumors.

This means, in this new subtype of cervical cancer, the cancerous tumors were caused by HPV, but the virus didn't cause the cancer to spread in the body. Are you with me?

Before this point, scientists believed HPV needed to remain active in the body for cancer to keep growing.

What's even more alarming is, this subtype of cervical cancer did not respond to treatments that usually worked for cases where HPV was still active.

According to Medical Daily, this was because inactive HPV cases have different mutations that need to be treated differently than other types of cervical cancer.

So what the hell does all this mean?!

Well, it means that with this new information (which is scary and totally sucks), doctors will likely be able to more specifically cater their treatments to different cervical cancer patients (which is hopeful and doesn't suck).

Researcher Carolyn Banister from the University of South Carolina said,

In short, don't freak out. Knowledge is power, and if you haven't had the HPV vaccine, get it, girl.