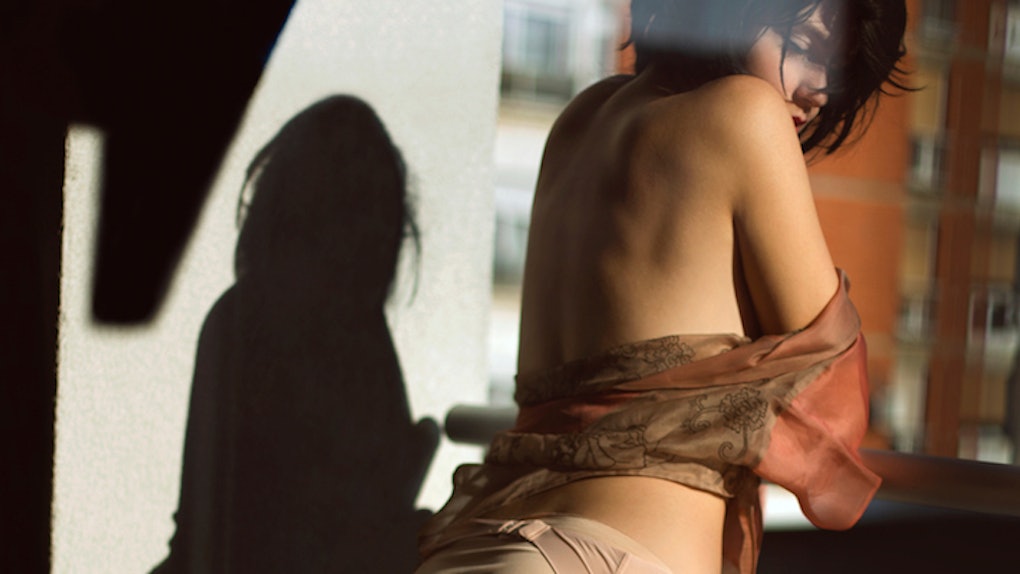 Celebrate Have A Female Orgasm

Ah, Thanksgiving. Put on your stretchiest yoga pants and prepare for the remorse you'll feel the day after, as you ponder in both amazement and disgust how one human being could possibly eat so much stuffing.

Yeah, yeah, yeah, I've got you all figured out. I know you've faked! If you say you've never pulled this move from "When Harry Met Sally," I'm sorry, but I don't believe you.

Let's give thanks for our orgasms this season, and give them the recognition they deserve by learning more about them and why they are so fabulous! Check out these five fun facts about the big O.

1. The amount of women having regular orgasms is increasing.

Over 20 years ago, researchers from Chicago published a huge sexuality study titled, the National Health and Social Life Survey. Among other things, the study found that 75 percent of men were having orgasms consistently with their partners, while women were only having consistent orgasms 29 percent of the time with their partners.

Fast-forward to 2015 when a study by Skyn Condoms found that Millennial women are orgasming more. The study found that 89 percent of women have experienced orgasm during sex. This fact may be due to another finding from the study: One-fourth of the 5,117 respondents are regularly reaching for a vibrating device.

Woohoo! What an increase in orgasms! That's a step in the right direction ladies. Let's keep working on raising that percentage and um, pass the cranberry sauce while you're at it, would ya?

2. How to help yourself to more orgasms.

We know not every woman is orgasming during sex, but why? What could we be doing better? A study done by Cosmopolitan looked at common obstacles getting in the way of women orgasming.

Finally, 32 percent of women felt they were too in their own heads or too focused on their appearance.

3. Women don't have to pause between orgasms.

4. Give thanks for the wet dreams.

It's completely normal to have a wet dream and also normal not to. There are plenty of ladies who will have this experience and plenty who will not.

Sadly, there isn't too much research on the topic, but back in 1953, Alfred Kinsey, a famous human sexuality researcher, found that 40 percent of the women he interviewed had experienced a wet dream by the time they reached 45. If you didn't already have enough motivation to take a nap, this should push you over the edge.

So, while your entire family is going around the table this year, asking each person to share what there are most thankful for, make sure you mention one of these facts. Just kidding, don't.

Your uncle is creepy enough, and you don't want to give him more fuel for the fire. I am so thankful for you, my readers. Have a Happy Thanksgiving!