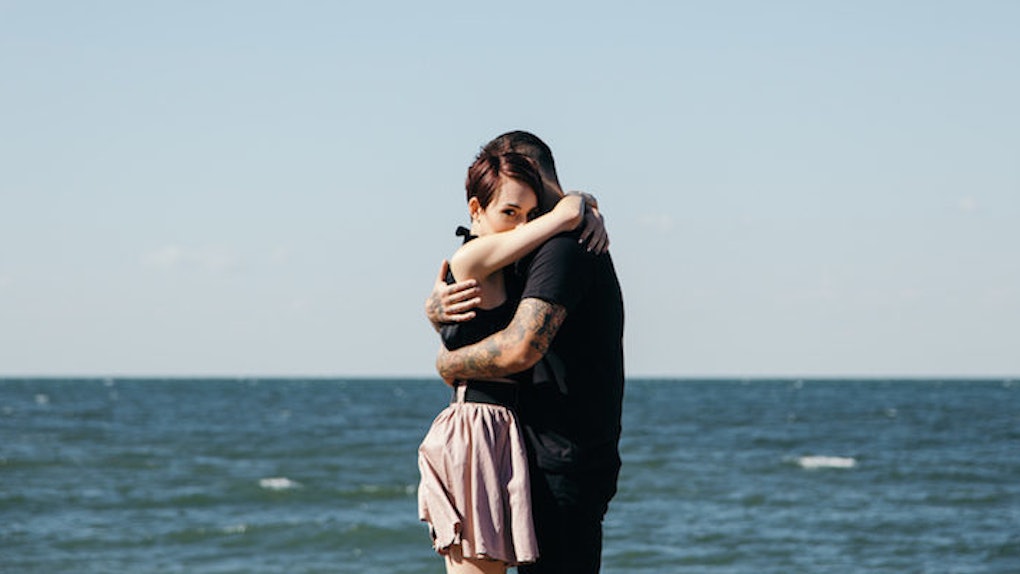 Steve Harvey taught us that holding out on sex for 90 days is the key to getting the relationship you deserve.

You have three whole months to really decipher if this man is worth the bragging rights you'll be giving him after you two get to know each other on a more intimate level.

Yes, you will have the opportunity to get to know your potential boyfriend without sex clouding your judgment.

However, you take away his opportunity of really getting to know you.

In the beginning stages, sex only means something to one person in the situation: the woman.

Using what you have to get what you want will only lead to a relationship based on lust instead of a real connection.

Here are nine reasons why holding out on sex won't get you the results you're looking for:

1. You're automatically basing the relationship on sex.

Thanks to the ego, men love a challenge. Men also love conquering that challenge.

When you hold out on sex, his only goal becomes getting the one thing you're holding out on: your vagina.

It becomes less about getting to know you and more about conquering the challenge you've put before him.

2. The title becomes just a title.

If "No, we can't have sex unless you're my boyfriend" still rolls off your tongue, he will only give you a title to be able to have access to you.

Trying to establish a real bond will no longer matter.

No, I'm not saying have sex with him as soon as you meet him to get it out of the way.

But I am saying you shouldn't dangle it in his face like a piece of candy every chance you can, in order to get him to be in a relationship with you.

He's going to do whatever you require in order to accomplish his mission.

That includes giving you a title he couldn't care less about.

3. Are you seriously still acting like you don't want sex just as much as he does?

It seems like as soon as the night struck midnight on our 22nd birthdays, our vaginas woke up and realized, "Hey, I actually really enjoy sex, too."

You're no longer a teen. You're over the whole being 21 thing.

Now, you're considered a grown-ass woman, and your vagina knows it.

He knows you want sex just as much as he does.

With that being said, you holding out solely as a way to get commitment might be a sign of immaturity to him.

The best thing you have to offer sits between your legs.

No? So why are you so scared of his post-sex actions?

If you're so worried about losing him after sex, it's because you were expecting him to tell you who you are.

For some reason, you haven't made up in your mind who you are.

But the only opinion of you that matters is the one you have for yourself.

You have to keep your vagina locked away because otherwise, he won't find you pretty, intelligent, funny, etc.

There's no possible way he could ever see you as that if you have sex with him, right? Got it.

You mean to tell me the genuine traits about you suddenly vanish after sex?

If you're actually pretty, you're still going to be pretty.

If you're actually smart, you're still going to be smart.

If you can actually add a valuable two cents to a conversation, you will still be able to add those same two cents after sex.

Oh, and he will still laugh at your jokes if you're actually funny.

In the words of Lil Wayne:

I told my girl, 'When you f*ck me, better f*ck me good. 'Cause if another girl could, she gonna f*ck me good

Basically, do you really think he's not having sex with someone else in the meantime?

Not having sex with someone else would be him being loyal to you.

Don't shoot the messenger, but guys in their 20s barely know how to be loyal to the girl they're in a relationship with.

Do you think he's about to be loyal to a girl he's just texting and going to the movies with sometimes?

What you're holding out on is literally something any other girl can offer him.

He's been taking other girls up on their offers ever since you told him you were going to be petty.

6. You're not letting things happen naturally.

You're not a robot.

Sex is natural, and you know exactly what sexual chemistry feels like.

If you're not that sexually attracted to him, or him touching you doesn't make you feel any different, then of course don't do it.

However, if you like him, he likes you and him even looking at you or touching you makes you feel all warm and fuzzy inside, don't let the relationship be based on sex.

Let it happen whenever you feel is the right time.

I said "feel." I didn't say whenever you count down to the right time.

Because every man and woman is different.

You would think people would make their specific relationship goals and standards based on the person they're trying to be in a relationship with, but nope.

A lot of people would rather look at the couple next to them and base their relationship off theirs.

What may have worked for one couple may or may not work for you.

8. You're trying to stand out. Yet, you're fitting right in.

All girls hold out on sex.

I'm sure as soon as you finished letting, "We can't have sex unless you're my boyfriend" roll off your tongue, he tuned out.

He's heard it 1,000 times. He's been in month-old relationships because of it.

He's been in relationships where he didn't know sh*t about her because of it.

He's been in relationships where all they did was have sex because of it.

You're trying to stand out and seem like the good girl instead of being yourself.

It doesn't matter what he thinks about you.

It only matters how you act.

Believe it or not, having sex doesn't make you a hoe, ladies.

It makes you human.

You can have sex before the relationship, and he can still think you're the dopest girl he's ever met.

Because again, your qualities don't fade after sex. Who you are is who you will still be.

The woman determines how big of a role sex plays in the relationship because it's not that serious to a lot of men.

It's not this euphoric, spiritual, emotional thing to them like it is to women.

In their eyes — and because you guys aren't in a relationship, let alone in love — it's just sex.

Nothing more. Nothing less.

If you're bringing something magical to the table, he's still going to like you regardless.

Why would he stop talking to the girl he likes because she liked him enough to have sex with him?

At the end of the day, who you are, what you bring to the table and what makes you stand out is what will determine your relationship status.

In other words, if you know you can still change his life whether you have sex in the beginning stages or not, let that be what your relationship is based on.