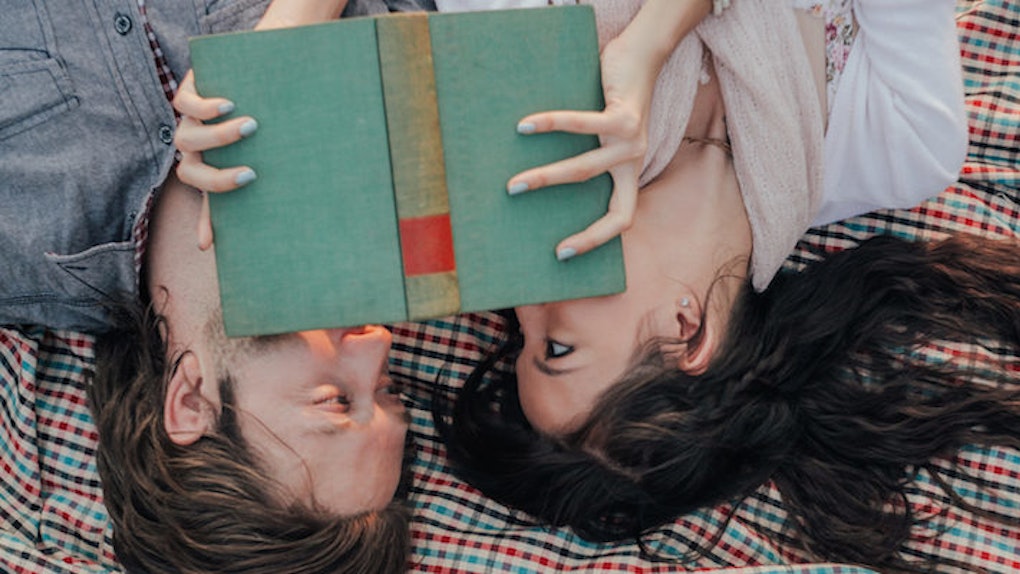 In a perfect storybook world, everything thing has a beginning, a middle and an end.

You begin one chapter feeling like something wonderful is coming, and once that chapter has concluded, you move on to the next one with a feeling of excitement for what lies ahead.

At the end of the book, perhaps you have some amazing feeling of accomplishment, or felt so many emotions throughout that you are more established and knowledgeable as a result.

You know there are no more chapters waiting to be read, and you pick up a different book.

I can read a million books and know when to start and where to stop.

Open the front cover, turn the pages, then close the back cover. It's not rocket science.

Sometimes a book has me so engrossed, I never want it to end. And after it does, I can be emotional for weeks. But the bottom line is it's over, and I have learned something from reading it.

You know there are no more chapters waiting to be read, and you pick up a different book.

So I'm wondering: Have I ever turned to someone at the end of a book and said, "I don't think I got enough closure from reading this. I'm going to go back, try to rewrite it and hopefully get a different outcome so I can move on with my life?"

No. Because it's highly unrealistic.

A book is already written down in plain text. When we're in a certain point in our lives and decide to read a story, it is what it is. We can't try to rewrite it to get a new result.

Sure, maybe we can pick up that book again years and later and look at it differently. But it will always be the same book it once was.

So when my last relationship ended, why did I have the notion in my head that I could open up a chapter from earlier in the relationship and have it produce a different ending?

Why did I keep going back and seeking closure that I so obviously was not going to get?

Nobody is writing a book on your relationship. You don't have one author calling all the shots; you have two.

Maybe both of you foresee a different conclusion, and that will definitely hurt.

But what hurts way more is opening up a book that is meant to stay shut. And what hurts even more than that is seeking closure from a person who likes the idea of having you on their nightstand.

Why did I keep going back and seeking closure that I so obviously was not going to get?

It was obvious that when my relationship ended, I wasn't ready for it to end. I made up every excuse in the book to get closure, and I was looking in the one direction I would never find it: backwards.

I tried seeing my ex, talking to him on the phone, going out and meeting a new guy, looking online, giving my ex another chance. Basically, I was doing everything I could think of.

I made countless excuses to text or call my ex saying it was just the closure I needed.

I told him that if I had gotten better closure, maybe I would be able to move on more easily.

After all, I had clean breakups in the past and I moved on just fine. So that must have been the problem, and not at all the fact that I was holding onto something that was not meant for me.

What hurts way more is opening up a book that is meant to stay shut.

I'm not going to lie, getting closure was more messy with him than it had ever been for me, but I finally achieved it.

I finally reached the point where I did not look back and try to rewrite, but instead, learned my lesson from our story and felt satisfied that I could move on.

What did I finally say to help myself get there? Nothing.

But there was nothing left to say.

There were no words that would bring me to a perfect resolution. There was no logic behind the mess, or casual flow of ideas that we would agree on.

I was fighting with a story that was already written down, instead of accepting it for what it was.

I was fighting with a story that was already written down, instead of accepting it for what it was.

When I stopped looking for closure, I found something much better: I found out that everything was going to be OK. I learned to take things for what they're worth and to accept our story as a lesson.

Eventually, I'll find some ultimate resolution that will make me feel complete, but just because a relationship is over, doesn't mean my life is over.

To close off the chapter with my ex, I let go of resentment. I let go of controlling the outcomes and learned to trust life.

I learned to take things for what they're worth and to accept our story as a lesson.

I learned that where there is conflict, sometimes the only way to resolve it is to move forward. Our relationship had some elements to a great story: the characters, the setting, the plot and the conflict.

But just because there wasn't a concrete resolution, doesn't mean I can't move on. It just means a few characters might be leaving the book.

But my life is still being written. Sometimes it can be messy and sad, but other times it can be beautiful. Where you find that beauty is where one chapter ends and another begins.

When you accept someone/something and stop trying to control an outcome, you make room for other characters that are waiting on a different page.