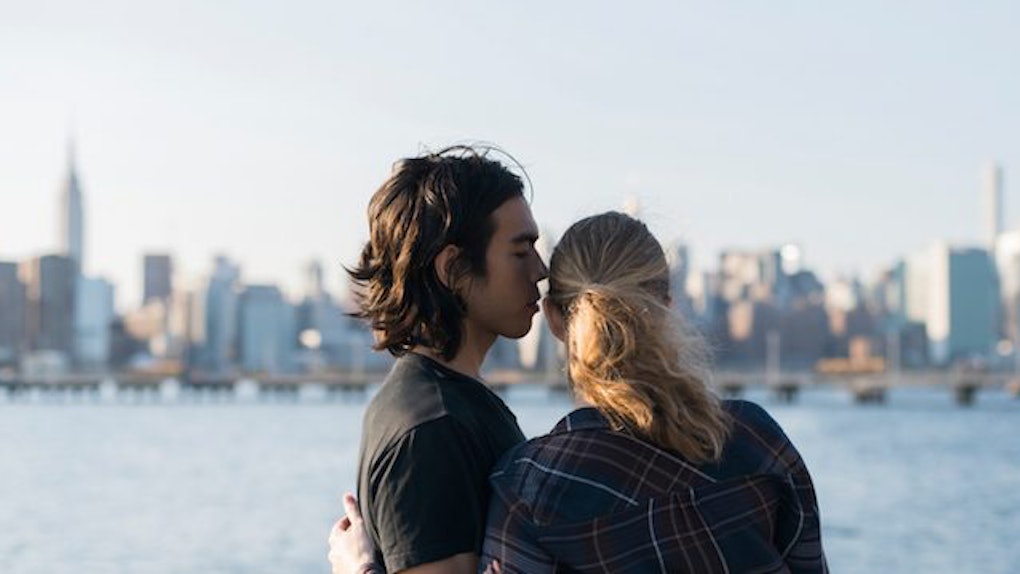 Deal-breakers: We all have them.

They're the one thing you can't sacrifice in a relationship, and believe it or not, each zodiac sign has one.

Well, technically, astrology doesn't say they do, but given the fact that each sign has a body part, a day of the week and a special number associated to it, I've taken on the task of giving them each a deal-breaker.

So, here's your relationship deal-breaker, based on your zodiac sign:

Aries: Someone who is too quiet

Aries tend to be brash, outgoing and addicted to excitement, and they need someone who can keep up.

Even if you're a more introverted Aries, having someone who can listen, contribute to and keep up with exchanging ideas is important.

The bottom line is, regardless of how outgoing you are, you'll never be someone who is satisfied with the same old routine. You need someone who will keep you interested.

A reserved, submissive partner who doesn't challenge you is simply not going to cut it.

Taurus: Someone who is too stubborn

Being the most stubborn, set-in-your-ways sign in the zodiac means you need someone who can bend to your will without making you feel like the tyrant you secretly are, Taurus.

When you ask your partner where they want to have dinner tonight, you're more than happy to hear them say they aren't sure. You were only asking to be polite in the first place.

You know exactly where you wanted to have dinner, you've known all day and you're more than pleased to be the captain of the ship.

Gemini: Someone who won't return your texts

Some say the foundation for a good relationship is sex, and for Gemini, sex is a constant, 24/7 stream of texts.

You need someone who will respond to your daily onslaught of shared articles, memes, random thoughts and pictures of your day.

Being in a relationship with you is like working as a reporter on a 24-hour news cycle, and you, the chattiest sign in the zodiac, intend to keep it that way.

Cancer: Someone who doesn't want to move in, have kids or get married

Even if you aren't at the point in life when you want to have kids, or even if you just don't want kids period, it's important to the sign of Cancer to be able to create a home life with their partner.

Yours is a sign that is attached to nurturing and caring for your partner, and if they're the type who needs to be left alone, to have their own home base and to be able to do whatever they want to do on their own, it's not going to sit well with you.

You might let it slide for a while (being as nurturing as you are), but at the end of the day, Cancers need to care for their loved one in a shared home base that makes them feel safe and secure.

Leo: Someone with a messy appearance

A person who doesn't take care of themselves would even be lucky to even get a second look.

Leo is a sign that knows how to primp. They're the lion, after all, the kings and queens of the zodiac, and their partner needs to be worthy of them.

With all the time you spend pampering yourself and making yourself look good, the least your partner can do is spend an equal amount of time on their appearance, just as a way of showing you they care.

Virgo: Someone with poor personal hygiene

Unlike the Leo, a Virgo may not care so much about the way you dress.

For Virgos, it's all about how well a person treats the skin that's UNDERNEATH their clothes that matters.

If Virgo shows up to a date and finds someone waiting with dirty fingernails, body odor or bad breath, they'll absolutely run for their lives.

I can't blame them. If you can't keep your fingernails clean, your genitals are probably a mess.

Libra: Someone who isn't polite

If Libra meets someone who is everything they'd ever want, but they find out that person treats servers like shit, shows up late without apologizing and doesn't say "please" or "thank you," the relationship doesn't stand a chance.

Libras need someone who shows grace in social situations.

Because they need to live in harmony with their fellow human beings, they simply cannot do without it.

Scorpio: Someone with no follow-through

If there's one thing Scorpios hate, it's a tease.

They're great flirts, but if you aren't serious about your intentions, get out of their way. And this doesn't just apply to the bedroom.

The way they see it, why tune up an instrument if you're not going to play? If you waste their time, they'll move on quickly.

Sagittarius: Someone who's lazy

Sagittarius is an adrenaline junkie.

They're always out in search of a new adventure, and they're workaholics, constantly tackling their next personal challenge.

They need a partner who pushes them forward and who has a drive that rivals their own.

They want someone who wants for them what they want for themselves: to be constantly expanding their knowledge and experience in life.

Capricorn: Someone who is insecure

A Capricorn hates anything that's a gaudy, tacky knockoff.

They need someone who is real with them at all times, and they'll know if someone isn't.

They just have an eye for authenticity, and if a person is fake, they'll spot them a mile away.

Part of this is because Capricorns work hard to earn everything they have (including their self-esteem), and they expect the same from others.

Aquarius: Someone who is narrow-minded

Being a sign who is constantly testing the limits and boundaries of their own understanding, Aquarians need someone who is as open to new ideas as they are.

Aquarians want to try everything at least once, both in and out of the bedroom.

If a person is closed off to their ideas, they're more than likely to take it personally, and they won't let it go on for long before heading for the exit sign.

Pisces: Someone who is too chatty

Pisces is a sign that needs time, space and silence from their partner, and they don't want to have to ask for it.

Because they're so good at reading people (not by their words, but by their body), Pisces expects the same from their partner.

Because of their sensitivity to others, it can be difficult for a Pisces to say when they want solo time, so having a partner who is too busy chatting away all day long is exhausting for them.

They need someone to relieve them of the responsibility of communication by picking up on their vibes.

It's paramount to their happiness.