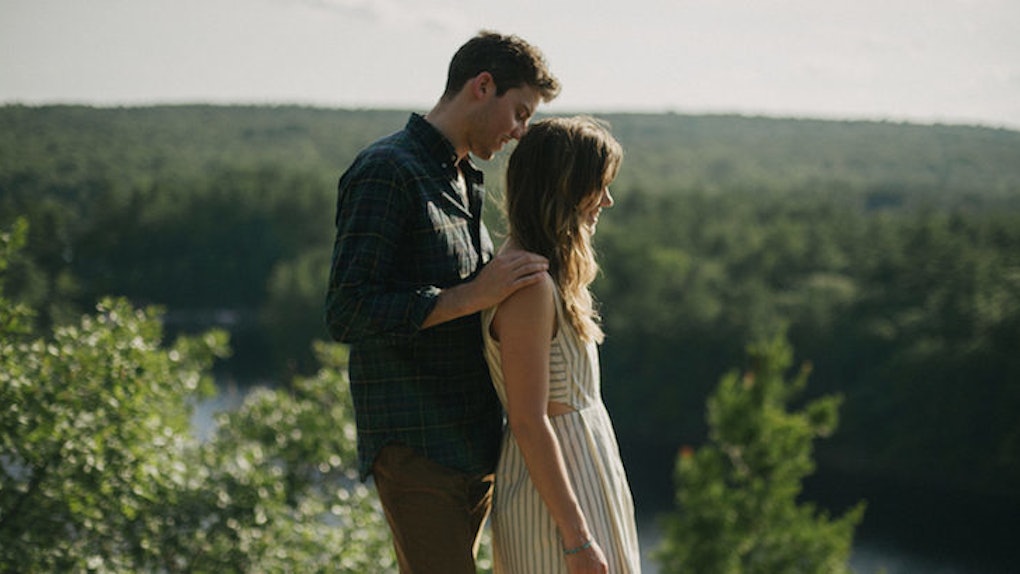 The Road To Recovery: Does Having A Rebound Help You Or Hurt You?

January is a month of beginnings. It marks a new year and, for some people, the beginning of a cleanse. But for me, this past January marked the end of a chapter in my life: my relationship. My boyfriend and I broke up, and the split left me lost.

In the months after my breakup, I went out nearly every night with my girlfriends. This was their way of making me feel better, but I'd never been so unmotivated to bar hop.

One night, I met someone at one of those bars, and we ended up dating. We began doing the things I used to do with my ex -- staying in, cooking dinner, picking out stuff for his apartment. You know, relationship activities. And I began developing feelings.

It was as if I'd taken all my negative energy toward my ex and turned it into positive energy for this guy. Sure, this new guy made me feel less lonely, and he reminded me that I could still be liked. But there was one problem: My world still revolved around a man.

And it should have revolved around me. In this case, a rebound was a bad idea.

Breakups are painful. But, more than anything, they're weird. They leave you in the dark, flailing blindly and debating your next move. I was in limbo, asking myself questions that still had no answers. Should I work on loving myself, or should I find someone to love me? Why can't I do both at the same time?

And, of course, the ultimate question was this: Was my rebound good or bad for me?

I don’t believe there is a definitive answer to that question, and I will probably conclude with more questions than I started with. That being said, the general consensus seems to be that distracting yourself can be productive in the short term and destructive in the long term.

For me, a distraction proved simultaneously beneficial and confusing. I’d often wonder if my feelings for my new guy were real, or if he was just a placeholder for the things I should have been doing for myself.

The fact is, I couldn’t see my feelings objectively, because residual feelings from the breakup still lingered. But distraction can be very helpful as a means of moving on from an ex.

I'd like to clarify, too, that breakup recovery never really ends. There's always one person who stays with you no matter how much time has passed. He gave you the love that was different from the rest, and he follows you wherever you go.

But at some point, you no longer feel head-over-heels in love with that guy. And when that happens, it's okay to fall for someone new. You probably don't want to jump into something immediately after a breakup, because that soft spot is still too sore.

In fact, if you've been broken up for a while, you might have gotten used to being single. You need to learn to be comfortable with the prospect of a relationship.

If you're still getting over a breakup, a distraction won't be a good thing. Sometimes a romance knocks the wind out of us, and it takes a while to feel anything again.

In this case, we need to sit with -- and sift through -- the heartbreak. We need to patch up the wounds that didn't take long to create. We have to learn to be okay with being alone; we have to settle for solitude instead of fireworks.

After speaking to a few different women about what’s worked for them, I wasn’t surprised that I got back mixed responses.

My coworker’s story goes a little something like this: After she and her ex broke up, she spent the next year of her life focusing on herself, while her ex spent that same year in a relationship with someone else. My coworker said she gained a self-awareness that she wouldn’t had if she'd rebounded.

My coworker's ex wasn't as fortunate. By attempting to distract herself from pain, she gave herself even more grief. At the end of that year, she asked my coworker for a second chance. But my friend wasn't on the same page; she'd moved on. She'd given herself time to heal.

Immediately after the breakup, my coworker's ex had "won" the first battle, as she had seemingly moved on more quickly. But my coworker had won the war.

Psychologist Mary Lamia discusses various motivations for a rebound, saying “Certainly there are cases where a fear of being without a partner, rather than genuine attraction and emotional connection, motivates someone to immediately enter into a new relationship.”

In layman’s terms, we end up with the guy we choose simply because our intentions aren’t good. We miss the idea of having anyone. No matter how dull he was, you wouldn't be plagued by thoughts of your ex.

But having someone isn’t always better than having no one at all. Your rebound guy might be decent, and you may even start to like him. With him in your life, every second of the day doesn't seem so soul-crushing.

But what if he pulls the plug? That would be compounded rejection (think in terms of economics). You'd feel 10 times as worse than if you were dumped once.

Distraction can be healthy for some people and in some circumstances. Ask yourself why you're heading into a rebound in the first place.

And if you enter into a relationship while you're still recovering from another, don't bet on a fairytale ending.