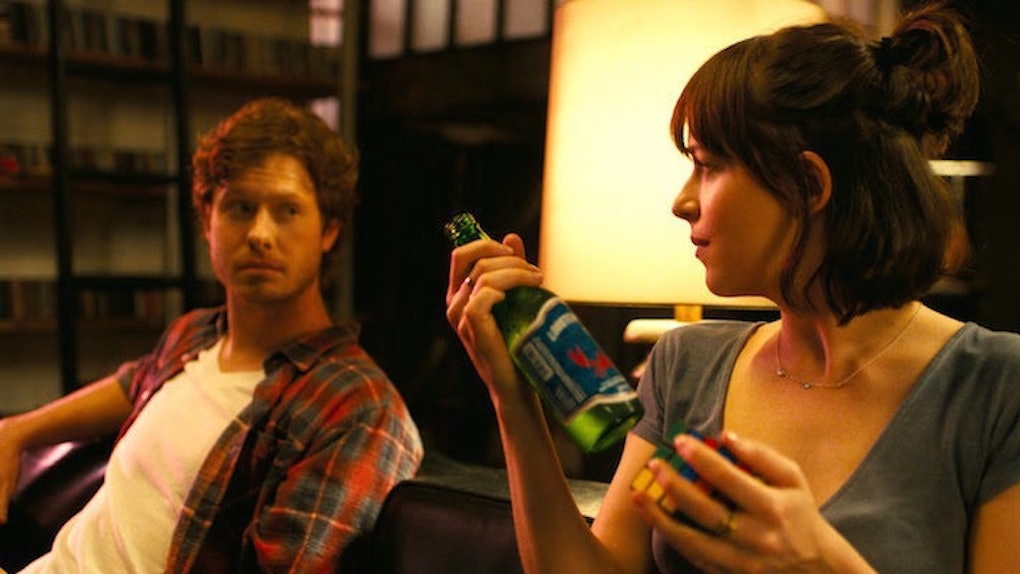 If You Rebound With Any Of These Guys, You'll Immediately Regret It

Ladies, we all know breakups suck. And we have all been there.

While most men think we just sit around and eat straight out of the pint while yelling at "Love Actually" after they break our hearts, we all know what we really do. We fuck.

Yes, I know I'm revealing one of our greatest secrets, but we can be honest here. The three to four weeks after a bad breakup is a veritable parade of hate sex.

It takes a certain kind of man to sleep with a woman moments after her soul has been crushed, but most of them don't have a soul, either.

And while they'll help you get back on your feet, you will come to regret every single one of them.

What's his name? Maybe Tim? Or is it Tom? The music is so loud in here.

You came to this bar because all your friends know you're sad, and the shots are only $4. This will likely be your downfall.

You have no idea who he is or what he's about. But come on, look at him! Does it matter?

Sexually, you know he will be disappointing. It's unclear if it is because he's on his sixth whiskey coke, or if it's because he is wearing a WWE shirt.

In either case, when he leaves your apartment the next morning, you will say "bye Todd," without caring if you're actually correct.

Ugh, how do you even meet men in 2016? It's not like they are half of the population or anything.

Oh wait, you have a hobby. And now that Dylan is gone, you are going to get really into your hobby — no, your passion.

Maybe it's a soccer league, an improv class or a book club. Hopefully it's not an adult kickball club, but it might be.

You will sleep with at least one straight man in this club or someone in this club member's circle who got invited for drinks after acting class.

It will be awkward. All your teammates will constantly ask if you are dating now. There will be rumors.

He will become the most awkward of them all. It will be the worst.

You broke up with him four years ago, but you already know he isn't into feet stuff or anything else creepy.

This feels like enough right now. You don't wonder how he has been, but you will text him that.

4. The Guy You Knew You Always Could Have

He's a puppy. He's been following you around for years. He seems to really love you, or at least he loves your butt.

But who can know? Love is still dead to you. That's why you're OK with finally giving him a chance.

You see yourself become the monster, and you look back at yourself from the abyss.

You didn't know there were so many guys who loved to travel and work at Barclays, but they all exist on the internet.

You realize you have two mutual friends after some light Facebook research, which is good because you are pretty confident he won't "Silence Of The Lambs" you.

But also, it's one of those friends you legitimately can't remember. So you won't really won't worry about the possibility of it getting awkward after you ghost him. And you will ghost him.

He's sensitive and smart and funny. And maybe he isn't the hottest, but he's so cute and nice.

But you're still not ready for a relationship, so you will mess this up somehow.

Text him all the time? Say something stupid? Get drunk and kiss his best friend? Who knows? You will figure out how to burn this to the ground.

God, his hands are better than your ex-boyfriend's whole body. He's steamy, and you are not the kind of person who would ever use a word like "steamy" to describe something that isn't $5 at Starbucks.

Let's just say the boy knows his way downtown. But other than this one skill, he is probably the worst.

You have a 10- to 14-year age difference. He is so much more mature than your old bae.

But why isn't he married? Why doesn't he have kids? Is there something wrong with him?

Probably. You won't stay around long enough to actually figure that out.

Congratulations, you have hit the bottom.

He doesn't have a job. He barely has a mattress. He lives with like 12 roommates in a part of Brooklyn you didn't even know existed.

He is the final of your regrets because he will make you realize you deserve much better.

In this moment, you are free. You will date again, but unfortunately, they will all be regrettable, too.