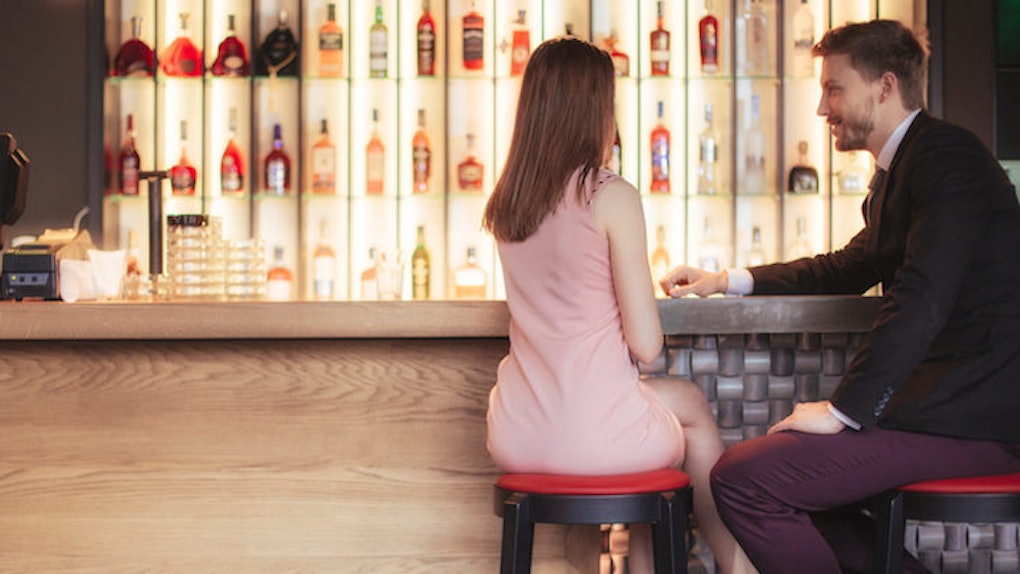 9 Reasons Girls Should Start Using 'The Male Approach' To Dating

I was recently told by a guy that I approach dating the same way dudes do. It turns out he (obviously) saw it as a positive attribute. Still, I found it insulting, since I’m a female, and it was his indirect way of saying women suck at the dating game.

So, I thought about what he meant, and why my behavior was mostly associated with guys. I wasn’t always this way, so I started comparing myself to then and now.

I came to the conclusion that now, I’m out there and having fun, but not taking dating so seriously. I then started to look closer at the interactions, habits and complaints of my single girl and guy friends around me. Verdict: Holy sh*t.

Girls care about their dating interactions and mishaps much more than guys do and relentlessly torture themselves over them. Guys seem to be coasting and having fun, and any rejection or hurt feelings seem to disappear within a day or so.

During coffee binges (I have many), I also became more aware of repetitive articles on my Facebook and Twitter feeds, like, “How to get a guy to commit.” Among others were “Why he won’t call,” “Makeover tips to win him over,” “23 things women are always saying sorry for” and my all-time favorite, the “keep him interested” gems.

WTF is going on here? Seriously, it’s like the total apocalypse of the female ego.

I’m not going to point a finger in one direction -- that’s a discussion for another time -- but my hunch is that the culprit is a clusterf*ck of many things. Among those are society’s pressure on women to still marry young, slut shaming, double standards, baggage-ridden player guys, selfish exes, baggage-ridden insecure girls, your mom and dad, that dude from 8th grade and our sometimes unattainable beauty standards for women.

The list is endless, and I’m pretty sick of those article topics, too.

Sure, there are those guys out there making dating and relationships tough on all of us, but there are questionable girls, as well. And in the end, we are responsible for own actions, reactions and interactions.

For those chicks already on point, thank you and keep it up. For those feeling discouraged and constantly victimized in the dating scene, maybe you’re not putting yourself first. Maybe you need a long break, or maybe you should step back, reevaluate your approach and take on a persona more often associated with guys.

You know you’re more confident and stronger than your actions are indicating, so let’s get on that. You’re going to lead happier, less stressful lives when you do so and most likely receive better treatment from potential mates.

Please, do it for all of us, so we can call it "female behavior" again; so I don’t have to spend another cranky morning mulling over pathetic headlines... about my own gender.

1. You are your first priority.

Don’t drop plans for a guy, and don’t wait around by the phone. If the date night he picked doesn’t work, say so.

I’m not saying to play games, but just do you first and see him on your own terms. He’s doing the same; trust me.

2. Be unapologetic for who you are and what you want.

When was the last time you heard a guy you were casually (or even seriously) dating say, “Oh, you want me what way? And to do what? Okay, I'll change.” Exactly.

Funny, though, how we constantly alter ourselves -- whether it be our looks, beliefs, schedules, hobbies or passions -- to please a guy so he’ll stay with us. You’re compromising yourself -- just wait until that resentment kicks in.

Be yourself, and if he’s not having it, move on.

3. Find confidence, then own it.

There’s nothing hotter than a confident guy who knows himself, what he’s great at, what he’s not and is generally comfortable in his own skin. It most likely took some work and time alone for him to get there (hint, hint).

The same applies to us; stop using attention from guys or any type of relationship as your key to confidence. That’s called dependence; it’s not real, and if it goes away, well, you’re screwed.

Find your passions and strengths; learn to be happy alone, and you are going to be chased like crazy one day.

This is self-explanatory. If he wants to keep it casual and non-exclusive, don’t start picking out wedding dresses. Pathetic headline alert.

Do we really need to discuss this one, or debate that guys aren’t doing the same, reversed? Your friends will always be there, so treat them as such.

6. Your relationship doesn’t define you.

Don’t get rid of everything else in your life when you’re in a relationship. He doesn’t want you to, anyway, because he has no intention of doing so.

7. It’s not all about you or always your fault.

This is a biggie. If a guy doesn’t ask for a second date or text you back, don't beat yourself up over it. It may not be because you aren’t pretty enough; he just got busy.

Maybe he got back with his ex, or he’s dating 15 girls and forgot about you. You should be doing the same.

If it was about looks, maybe you aren’t his type. The world must be ending. Maybe he wasn’t really your type, either, but I bet you will only focus on yourself. Confident girls know they’re great and don’t take things so personally 24/7.

Okay, so maybe I’m the only one saying that, but hear me out.

George Clooney found the love of his life in his 50s with a women 20 years younger than him. Before that, he was the biggest player known to man. He’s now plastered on all the magazines, loved and celebrated. The truth is, that probably wouldn’t work if he were a female, but that stereotype needs to change.

Yes, the issue of having kids is on the table, but women are waiting longer, and there are many options. I’m not saying to wait until you’re 50, but do what you love, work on your career, your passions, date around and enjoy life just like guys do.

If you rush things based on fears, you could end up with Mr. Wrong in an unhappy marriage and (my worst fear) waking up when you’re older and regretting the experiences you never had.

I haven’t mentioned looks much, which is not to say they are not important. Unfortunately, they are. I’m pretty shallow about them, too.

Every guy and girl has a different definition of beauty, so there are many out there who will find you attractive no matter what you look like. You just can't predict who that will be.

Any hot guy who’s also smart and confident demands more than just looks in his girl. Bottom line: Go for it. Go for the guy you want, even if he’s the hottest, coolest and/or smartest guy in the room. Don’t let anybody or any article tell you to "date down." That is some demeaning BS.

You may get rejected sometimes, -- we all do -- but if you’ve worked on your confidence and your happiness as a solo crusader, you will be able to pick yourself up and keep on trying.

Any guy I know goes after the exact girl he wants, no matter what "league" she’s in. I don’t see why it should be any different for us. (Marlon Teixeira, call me.)