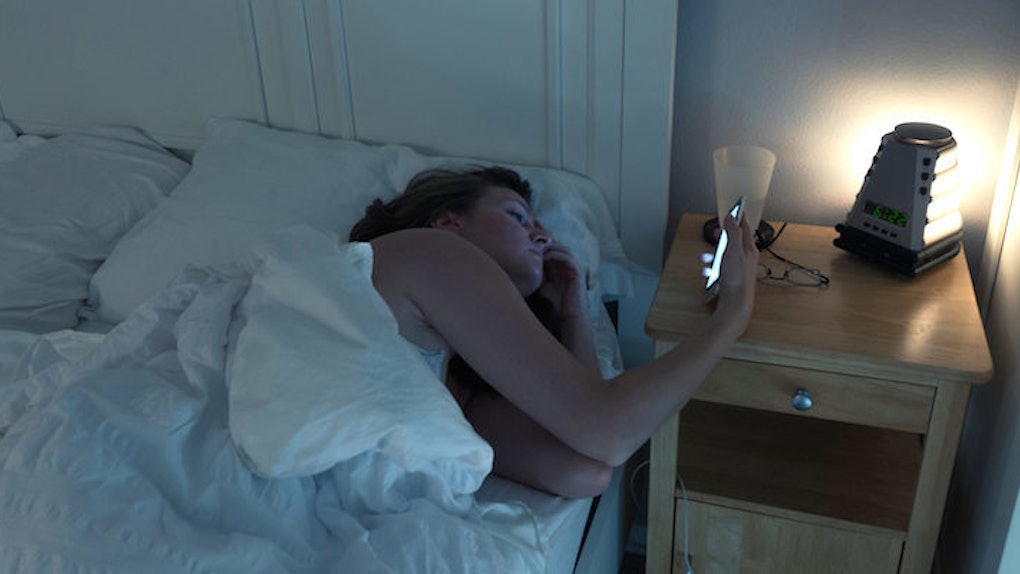 Everyone Deserves Closure: Why I'd Rather Be Rejected Than Ghosted

It took just three cosmos in a dive bar to fuel a connection I’ll remember for the rest of my life.

A man at the bar stole my heart. But what sticks out now isn't how we met; it's how he chose to leave.

We dated for five months. Everything went swimmingly. It was casual and wonderful at the same time. I met his friends, and he met mine. He took me to dinner; we talked about what it meant to "live in the moment."

There were no promises or guarantees, but that didn’t mean I didn’t feel something. At one point, I even found myself envisioning my life (complete with white picket fence) with him.

Then, on a day like any other, I texted him to ask if he wanted to grab some coffee.

I waited one hour. No response.

Eventually, I dozed off. I woke up the next morning and almost didn't remember that I hadn't heard from him. Still half asleep, I reached for the nightstand to grab my phone, expecting a text along the lines of "Sorry it took so long to get back to you!"

I sent a follow-up text. I figured it was better to be annoying (and get results) than play it cool and hear nothing.

More silence on his end.

Days passed. The first few inched by. But the world spins madly on, even when we don't want it to. Days without a reply turned into weeks, weeks turned into months, and I knew I had to move on.

The truth stung. He had left with no rhyme or reason. The man who had charmed me was now ghosting me.

Ah, ghosting! Is there anything scarier? Thanks to the world of texting, our generation is the first to have experienced ghosting in such a way (I assume that people a hundred years ago could have ignored letters or the doorbell, but both of these things are much harder to do.)

We are constantly within reach -- if we want to be. And we're all ghosting each other because it's too easy not to. But our actions have ramifications, and the people who get the short stick are left feeling baffled.

Now, don’t get me wrong. I’m no angel. I, too, have ghosted. But ghosting is a special kind of evil that should be reserved only for certain circumstances -- like the beginning of a courtship, when everything is still fresh, and no one is too invested.

But some would disagree with me. They'd say that timing is hardly relevant.

So I ask myself: When is a reasonable time to ghost someone? Is it after three dates? Five? There's a fine line between what's socially acceptable and what's morally wrong.

Regardless of what's right and what's not, I believe some things to be true when it comes to breakups. And one is that I'd always rather be rejected than ghosted.

I deserve to know what’s going on. I deserve to be told if I messed up somewhere along the way and tested your patience or if we were simply two characters playing roles in the wrong story.

I don’t know how to deal with the unknown -- the constant self-doubt over whether or not I could have done something to salvage what we created.

I wish he'd told me why he wanted to leave. I wish he'd just been honest.

The worst part is the way I feel after he's gone. He’s the crazy one for leaving my life just as abruptly as he came into it, and yet I’m the one who ends up feeling crazy for wanting to know why he chose to hit the road.

I internalize the loss. I let it weigh me down, and I have trouble picking myself up.

I’d rather feel pain than be ignored.

From the beginning, I trod warily. I was no fool; I knew we’d end someday.

Still, I pictured our fallout going a little something like this: He'd call me up. He'd sit me down in a cafe. He'd pull out a chair and make sure I was comfortable before breaking the unbearable news. I'd be sitting on something soft, and it would cushion the heavy blow.

But that isn’t how it happened. I have to understand that, to him, I'm just forgettable.

His failure to consider my feelings left me unhinged.

If you flat out reject me, I can recover more quickly.

An unwarranted disappearing act leads to one question after another: Did I miss something? Was it me, or was it him? Where was the blinking signal telling me to walk away first?

I may be fragile, but I'm also resilient. I can handle hurtful words, but I can’t handle no communication at all.

Don't leave me in the dark, wondering what I did to hurt you or where I went wrong. Enlighten me. That way, I can continue to grow even after losing you.

I don’t want to feel like we're a waste of time.

If every person enters our lives for a reason and each failed relationship breeds a lesson, what was he trying to teach me by leaving?

To this day, his secrecy makes me question what we had. I can only conclude it must have meant so much more to me than it did to him.

With no explanation for our romance gone awry, I can't help but feel like I learned nothing at all.

I don’t want to carry the fear of being ghosted into my next relationship.

It's too big a burden to bear. I want to feel pain that's poignant but fleeting. I want to be able to take the lesson and swiftly move on. I want to fight the fear before it drowns me.

But it won't be so easy. I'm often told that ghosting unfolds in a particular way: He vanishes into thin air, and after intense introspection, I finally find a way to let him go. The feelings I once felt for him become memories. And just when I start to feel like myself again, he returns.