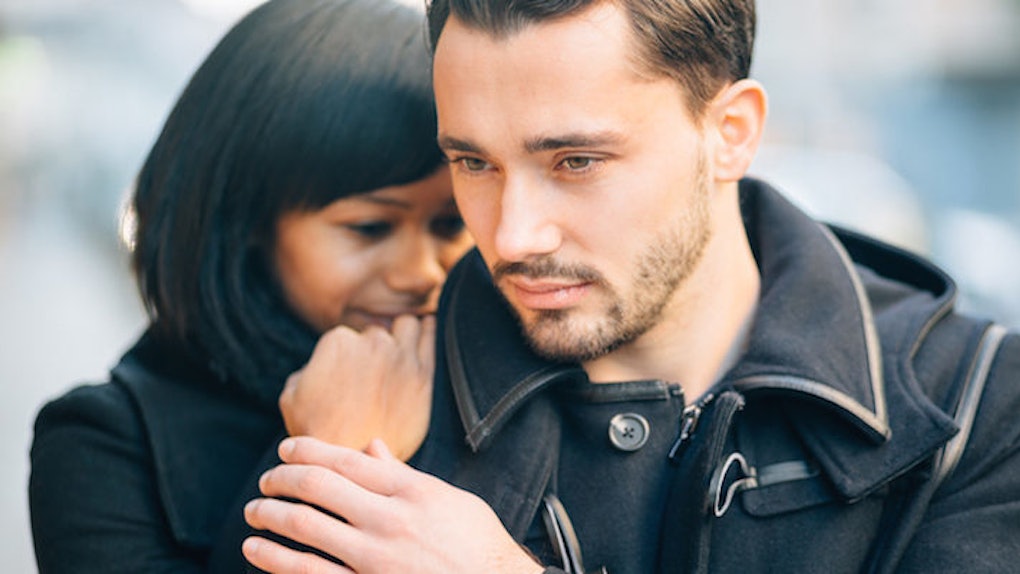 All The Questions Guys Wish Women Would Just Ask Them

We feel tremendous stress when we think about getting answers we don't like. So sometimes we don't even ask. And that's a problem because the questions we have are important.

The dating game is stressful. We get nervous when we meet someone new. Then -- if we like the person -- we get excited about our potential for a relationship. Then we worry about the likelihood of things working out. We start to judge, and we fear we're being judged in return -- because if we're thinking harsh thoughts, other people must be doing the same...right?

We fear screwing up. We fear other people will screw up.

There is very little certainty when it comes to dating. Security and trust only come with time. But how much time? When do you know if the relationship you have is actually a relationship?

In a perfect world, we would understand how people feel about us simply by how they act. But this isn’t a perfect world, and we aren’t perfect people. Sometimes you just have to grow a pair and ask the questions you’ve been meaning to ask.

Men seem to be better at this (or worse, depending how you look at it). We hate uncertainty, and we lack the willpower to hold ourselves back from asking the questions we want answered.

On the other hand, just about all the women I’ve met (with some exceptions, of course) have tremendous willpower. But they also tend to be plagued by tremendous fear.

When you find a good guy, you don’t want to lose him. Sadly, there aren't as many good guys out there as you'd think. So it only makes sense that women are a bit scared to ask important questions about the relationship.

However, this fear really isn’t warranted. If you're with the right man, he won’t run for the hills the second you ask him serious grownup questions. In fact, asking your man what you want to know -- rather than allowing all that tension to build up -- is the only way to go.

Willpower can only go so far.

Here are some questions that guys wish girls weren’t so nervous to ask:

Where are things going with us?

You don’t want to pop this questions too early in a relationship. If you’ve only been dating for a month or two, hold off asking and focus on enjoying each other’s company instead.

If you haven’t been dating for at least six months, then it doesn’t even matter what the answer is. You don’t know each other well enough to know where things are going.

Don’t get me wrong: It’s an important question. But it’s really only important when you’ve put in enough time to consider the tradeoffs of continuing to see someone.

Once you reach the six-month mark, feel free to pull the trigger. He won’t mind answering.

Whether it’s something sexual or something completely random, don’t be afraid to tell your man that you like whatever it is he did for you (or to you).

Men can't read minds, especially when it comes to women. I understand if you’re a little shy or worried about letting him know how much you like something. But you want to make sure the two of you click on every level -- and the only way to know is to be open about your likes and dislikes.

I know you don’t want to come off as bossy or overly picky, but chances are your man will be more than fine with not doing something you don’t want him to do. And if he's not, dump him. Good riddance.

If he’s a good man, he’ll appreciate the honesty. People don’t always completely click. All connections develop over time. And the only way that works is if you communicate.

Do you plan on having kids?

Again, not something you want to bring up until you’re certain things are serious between the two of you. Some guys will get scared off -- it’s just the truth.

The topic of children isn’t always an easy one, but it’s important. If you don’t see eye-to-eye, chances are your lifestyles won't mesh well. You’re going to need to talk about it sooner or later.

If you feel like time has come to ask, then ask away. If he’s mature, he’ll probably be happy you brought it up.

Do you love me?

I know you want to know. In fact, the possibility of him loving you is probably all you think about. You may even be too afraid to admit to yourself that you love him and are waiting to be sure the feeling is mutual before saying the words. Chances are he feels the same way.

Men can be strong, but they can also be very cowardly -- especially when it comes to love. If you think there is a good chance he feels the same way, don’t be afraid to tell him you love him first.

I know telling him you love him isn’t technically asking him, but -- if you think about it -- it basically is.