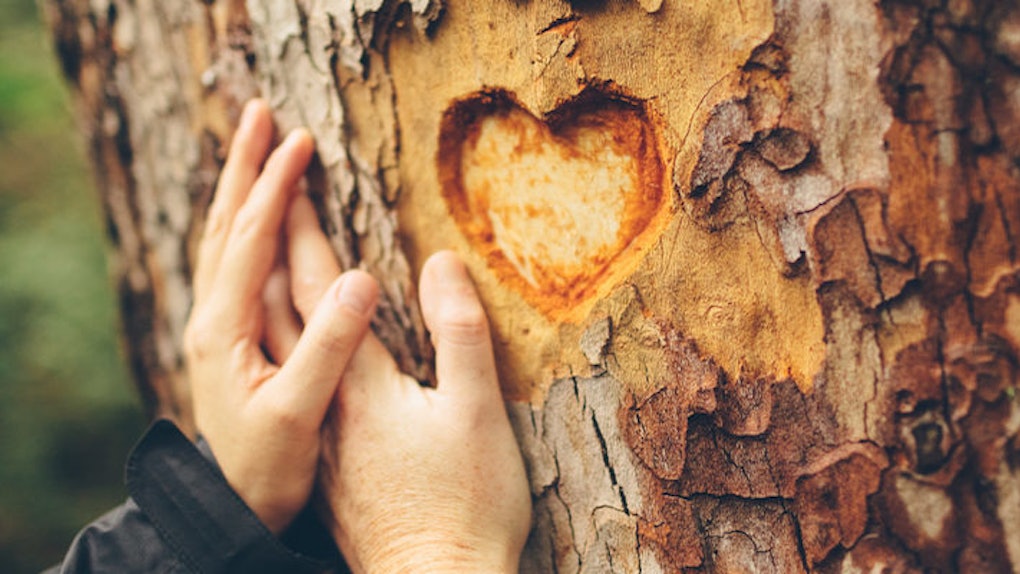 How My Parents' Divorce Actually Restored My Faith In Love

You know that movie plot where two best friends decide to go ahead and kiss on the condition that it won't change anything between them? But then things obviously DO get weird, but they get over it and get married and — we assume —live happily ever after? Yeah, that was my parents' story. Well, sort of. I say “sort of” only because, as is the case in most real-life scenarios, their story played out well past the conga line at the wedding.

My parents were acquaintances, who turned into friends, who turned into best friends who kissed, dated, got married, had a baby, broke each other's hearts, got divorced and made the journey from acquaintances to best friends all over again. I don't like to identify myself as a “child of divorce” because I feel like that's misleading. My parents had a different kind of divorce. In fact, I believe their divorce restored my faith in love. I'll explain.

They've been through a lot together. They’ve been filthy rich and dirt poor, beer badly in love and torn each other’s hearts out, and been best friends and worst enemies. And you know what? They can still just hang. Go to my mom's house right now, and odds are you'll find the two of them sitting on the front patio, throwing back a couple of tequila shots and laughing about one of their 80 million inside jokes. To me, that's the purest form of love.

Of course, I want the classic fairytale romance. That's the ideal, right? Meet someone who is both your lover and your best friend, and have it stay that way until the end of the time. That would be fantastic. That's what I want. But even if I ever really am lucky enough to have that fairytale romance, it wouldn't feel real and true to me unless I knew that reality could come in and tear apart my fairytale at any given moment, wreck our marriage and break our hearts into a million pieces, and, even after all of that we would still be friends. We would still be friends who could throw back a couple of tequila shots and just hang. That foundation is the most important thing to me.

Every love story I ever watched growing up essentially told the same story. I’ve spent my entire life watching the same movies with the same happy endings. Two people fall in love, get married, and that's that. The happily ever after leaves me assuming life stops throwing the couple any more curveballs, that their love will last forever and it will be wonderful and fabulous. I’ve spent hours with my girlfriends fantasizing about the day when that sort of love comes around for us. The day we find that great love with the happy ending.

Way too often, movies make it seem like divorce means failure. Think about it. Let’s say Harry and Sally stayed married for 10 years, until Harry gets a job offer in London. Sally doesn’t want to move because their kids are all going to school in New York and she had a career there. At first, they try long-distance, but it proves to be too hard. Harry moves back to New York to save his marriage with Sally, but his heart is still with the job in London. He can feel himself growing to resent her for keeping him in America, so finally they are left with no choice but to divorce. What would you think?

You'd think their love failed. You'd think the love you watched blossom so beautifully failed, and it would make you immensely sad.

When a marriage fails, it’s easy to think that the love those two people shared as a whole failed. But my parents' divorce gave me a different way to look at divorce. If you told me Harry and Sally split up, I would ask if they were still friends. Could they still go to Katz's and hang while they laughed about that time Sally faked the orgasm? Could they set all of the heartbreak and disappointment aside to remember what drew them towards each other in the first place? If they could do that, their love passed in my book.

Now, I’m not saying that nasty splits necessarily mean that a couple didn’t start off strong. Life’s difficult and sometimes it throws us curveballs so great that going back to where we started off feels like an impossibility. Not all of us are lucky enough to be able to set the ugliness aside and go back to loving each other in a different sort of way. But I believe the ones who are have managed to create their own happily ever after, one just as aspirational as the classic fairytale ending.