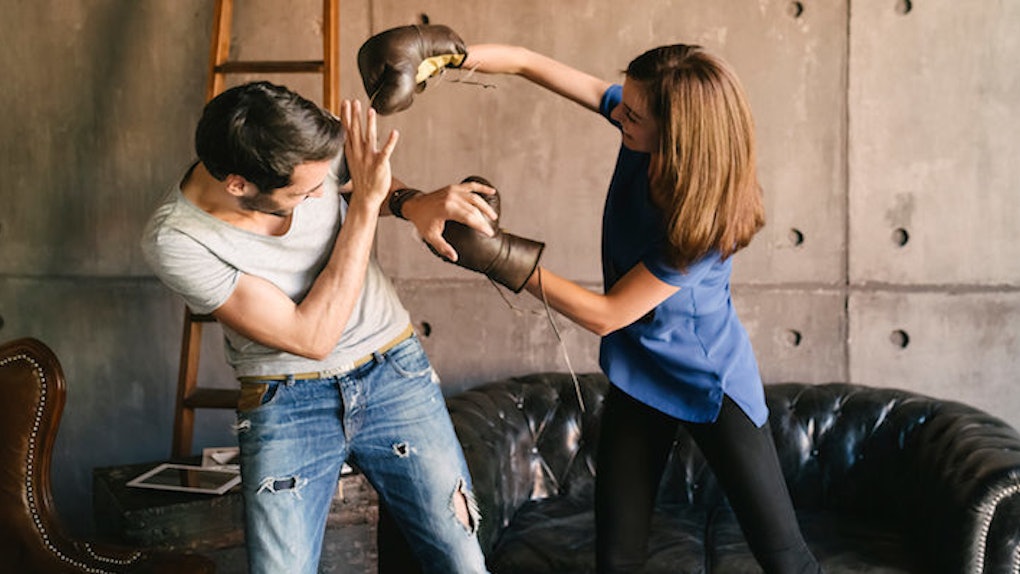 Remember that one couple who had their entire dramatic airplane breakup documented on Twitter by a fellow passenger? Well, if you haven't, you can catch up on the hilarious snafu here.

OK, now that we're all up to speed, let me fill you in on why this happened. It turns out their heightened emotions on the airplane were not so extraordinary after all. Ever heard of something called "air rage?" It's OK, me neither. But, it's pretty self explanatory. "Air rage" is an umbrella term describing that overwhelming sense of fury we've all felt on the airplane at one point or another. And it's a real thing.

It's so real research was just published on the matter published in the Proceedings of the National Academy of Sciences. The paper, entitled "            Physical and situational inequality on airplanes predicts air rage," boiled all of our rage on the airplane down to first-class seating. Yes, I'm talking the first class where they give you the champagne and the comfy seats.

Air rage incidents are almost four times more likely to occur in airplanes that have first-class cabins. Turns out, the sheer existence of a first-class cabin makes members of economy class (84 percent of the victims of air rage) acutely aware of all of the luxuries they're lacking in their own lives.

Meanwhile, members of first class find themselves also victimized by air rage, as their first-class experiences do not live up to their sky-high expectations (LOL, literally).

So, while you are sitting there in your peasant coach seat, fuming about all of the many things you have been denied in life, I don't think it's super unlikely that you'd start thinking about your stupid boyfriend who DIDN'T EVEN TEXT YOU TO HAVE A SAFE FLIGHT. Maybe, you become so filled with rage that you are dead set on breaking up with him as soon as the plane lands.

Or maybe, you'll be like that #PlaneBreakup couple and just break up with your boyfriend right then and there because you are infuriated with everything, and he just happens to be there. I mean, if life denied you all of these other luxuries, it probably also denied you a good, proper, high-quality man, right? UGH, CLASSIC LIFE.

I mean, we've all been there, right? You leave for the airport a perfectly sane, happy, stable human being. But a few thousand feet in the air, and suddenly, everyone is the worst. And, your otherwise perfectly loyal boyfriend is absolutely cheating on you.

So, for the sake of your relationship, maybe fly on a plane without a first-class cabin.

Citations:             Physical and situational inequality on airplanes predicts air rage (Proceedings of the National Academy of Sciences), This is why you get so grumpy on planes (Metro)