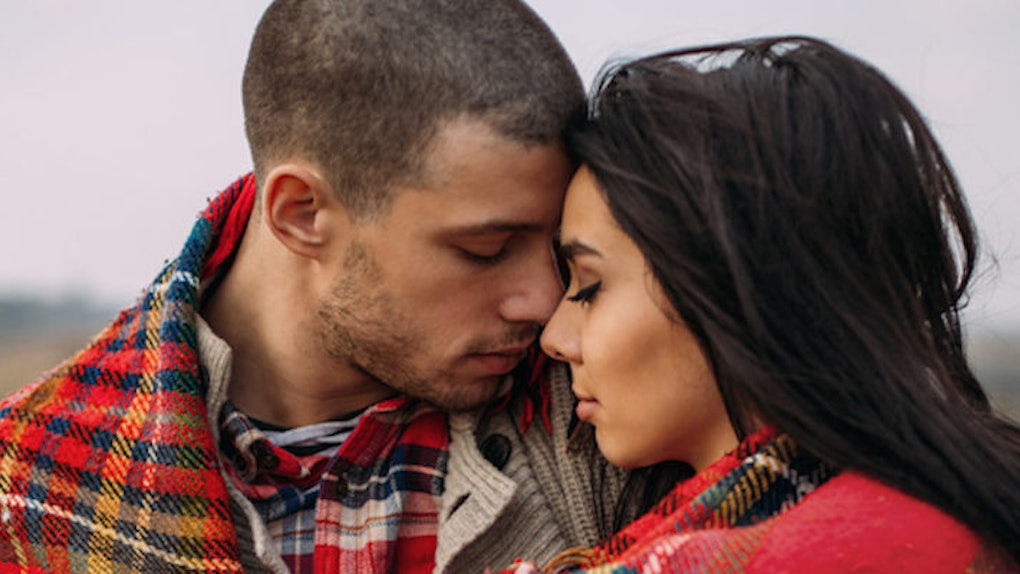 There's a lot of speculation over when we've actually found “the one.”

But there's no exact science to love. There's no formula, checklist or set of tests to decipher if you've finally met your soulmate. Unfortunately, it all comes down to gut feeling.

Following your gut, however, can be difficult. With all those distractions and mixed signals out there, we get lost in the idea of love and forget how to actually spot it.

Too many of us follow preconceived Hollywood notions about romance. We think love is some big drama filled with ups and downs and unreturned text messages and constant anxiety.

I can't give you an exact recipe or checklist to know if you've found the one, but there are some signs when you definitely haven't. Because here's the first thing about people who speculate when they've met the one: If you have to wonder, that person isn't the one.

The one you're meant to be with is the one who alleviates all your questions and anxieties.

While every relationship is as different as every love, there are something things that never have to be done in a loving relationship. If you find yourself doing any of these seven things, you're not with the right one.

Movies have it all wrong. They depict grand love with grand obsession. They depict it with years of pining and obsessing. They make it seem like it's not worth it if it's not any work.

The thing about the one you're meant to be with is he's not like anyone else. He knew from the moment he met you that he wanted to start a life with you.

Real love doesn't need to be begged for. Real love flows as naturally and effortlessly as running water. You can walk away from it, and it'll keep running.

When you're begging someone to love you, you'll never get the love you're looking for, and you're asking for something he clearly can't give.

Love is supposed to lift you higher, not bring you to your knees.

The right person isn't looking for their ideal partner; he's looking for someone who is right for him. When you're it, there won't be any question about what's wrong and right about you.

A relationship is not a consolation prize. You should never be with someone who makes you negotiate the terms of it.

The only negotiation that should be happening is with dinner plans and parent weekends you'd rather not attend.

You should never be unsure about how he feels about you or what his aspirations are in life. He should be open about anything he wants, and what he wants should include you.

Mystery can be hot and play a big part in the dating process, but you guys are past that. The two of you are supposed to be in love, and when in love, mystery should be nowhere in sight.

Tears are not the water that helps a budding relationship grow. Tears are what kills love.

Relationships aren't built on nights spent weeping; they're built on the days you're happier than you've ever been in your life.

If you're hiding even one thing about him to your friends, you're in the wrong relationship. If you're pretending he's someone he isn't, you're with the wrong someone.

The person you're meant to be with is the person you couldn't hide if you tried. You talk about him to everyone because he's your everything.

Even if you don't bring him up in every conversation, you're thinking about him in every silence.