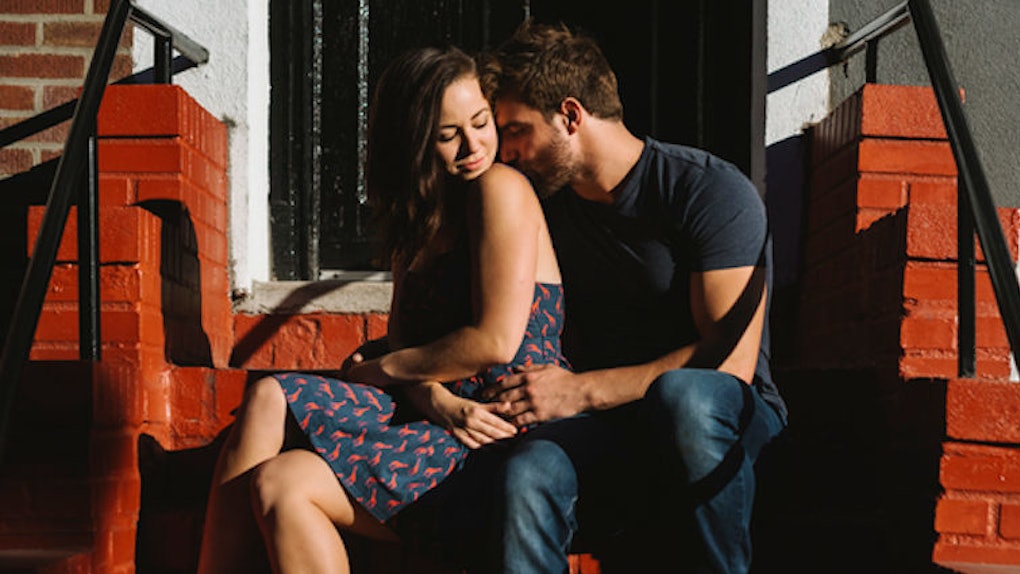 Unlike most people, I don’t have a big issue with lying.

Don’t look at me like that. You do it, too -- every single day, all day. At least I’m willing to admit and embrace that fact that we all manipulate those around us.

Of course, there are limits. Moral limits. There is a line, and when it’s crossed, the lie becomes wrong. Where exactly that line lies, however, has been up for debate for centuries.

You should avoid lying if you can. The more you lie, the more difficult it becomes to keep track of all of the lies. Also, it’s usually completely unnecessary. It’s a bad habit.

But it’s also important to be good at lying for when you need it.

There will come times -- not many, but a few -- when you’re going to have to lie to her because you love her.

In fact, there are really only three times when lying is necessary.

1. When she looks like sh*t, but you tell her she looks beautiful.

Maybe she’s been exceptionally stressed lately and put on a few pounds. Maybe she hasn’t gotten a good night’s sleep and looks like a bat out of hell. Maybe she’s been carrying around a little person for the last six months and has feet that look like little piggies.

But it doesn’t matter the circumstance: It’s always okay to lie and tell her that she looks beautiful.

It’s not that she “always looks beautiful in your eyes." You’re not blind. She looks like a hot mess. She knows it, you know it, and everyone who looks at her knows it.

But it’s your job to tell her that she looks beautiful. And not because she’ll believe you -- she knows she looks awful and knows you’re just lying -- but because she wants a man in her life who's willing to lie to her just to make her feel a bit better about herself.

That’s what people who love you are supposed to do: make you feel like things aren’t quite as bad as you think.

2. When you know she’s biting off more than she can chew, but you tell her she won’t fail.

You love her. You want her to follow her dreams, achieve her goals and be as proud of herself as you are of her.

That’s the funny thing about loving someone. You usually believe she's more amazing than she believes she is. You love her because you don’t just see who she is; you also see the potential she has. You see the kind of person she can become.

You love her for who she is striving to be. And you’re going to do whatever you can to help.

Start by giving her the confidence she needs to pursue her goals. Tell her that she can do whatever she sets her mind to. Tell her she won’t fail, even when you know that the chances of failure are always greater than the chances of success when the stakes are high enough.

Lie to her, and promise her she won’t fail. Because you can’t win if you think you’re going to lose, and you can’t succeed if you don’t risk failure.

3. When you tell her you love her more than life itself.

People are confused -- just about all the time. We rarely ever know what we’re feeling, let alone why we feel that way and what we should do about it.

Most people have a very difficult time separating themselves from their emotions. It’s not an easy task. Even usually objective people still slip up.

Life has a way of pulling us under sometimes. If you’re ever going to make a relationship work, then you’re going to need to learn loyalty.

Don’t tell her you’re unsure of how you feel about her. Never say that, unless you never want to see her again -- because that’s likely what’s going to ensue. Tell her she means the world to you, and then get your shit together ASAP.

You can either tell a woman you love her or tell her you don’t love her. But never tell her you’re unsure. It’s just wrong.