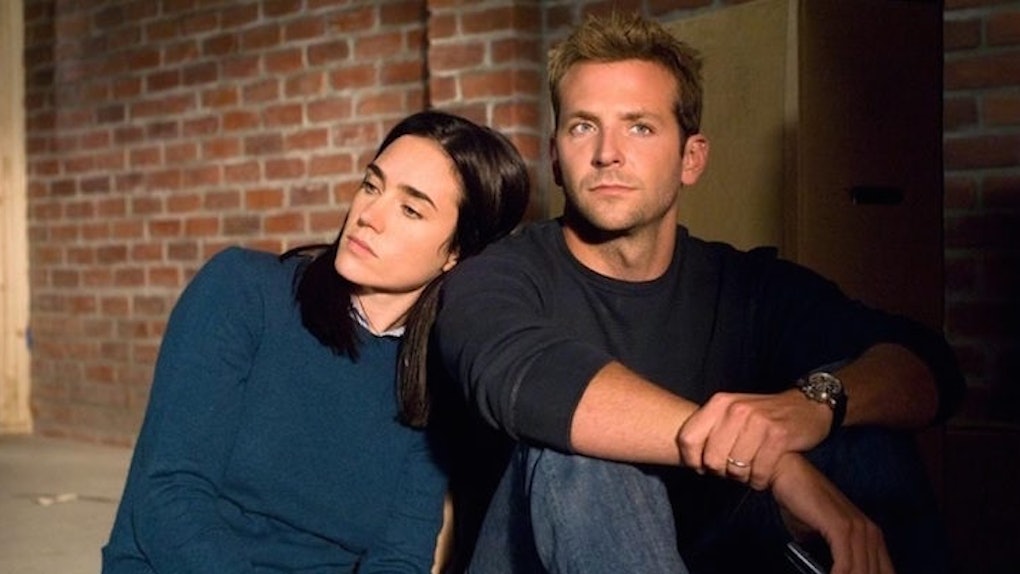 People Share The Most Brutal Ways They Were Cheated On

Like Christian Grey, being cheated on has many shades.

Being cheated on is ALWAYS going to suck (duh).

But there are levels of how badly it's going to suck.

He could slip up one drunken time and come crying to you about it, or she could cheat on you with her ex for five months straight and never admit it until she gets pregnant with his baby. You see what I mean? There are levels.

So if you just got cheated on and you want to be comforted by someone who had it even worse than you (or if you're like me and you've never been cheated on but you just get a sick pleasure from reading this stuff), take a look at these stories from the worst ways people were cheated on.

His girlfriend got pregnant with another dude's baby.

My freshman year of high school, after my only close friend had moved away, she just stopped answering my calls and texts a day or two before my birthday (Dec. 20) during winter break. When I came back to school, I didn't run into her anywhere until a week later and she told me she was pregnant by another guy.

The girl he was dating never admitted she was back with her ex.

We were in our teens so I guess it doesn't really count, but here it goes: She messaged me long paragraphs saying how she wanted to save "everything good about us" 'till we were older and that we were too young to be doing what we were doing. She said that meanwhile she wants to remain best friends until we get back together and that all our promises are still there. Yada yada. I then find out not long after that she's been back with her ex for a while and she spread rumors about me to my social circle to clear her name and not ruin her image. Oh well, good riddance!

Her boyfriend two-timed her on Valentine's Day.

My first boyfriend on Valentine's Day came to my place with roses (aw). Then I saw on Myspace that the girl I suspected him cheating on me with posted a picture of a necklace he gave her earlier that day (oh hell naw). Safe to say I took him out of my top 8 and I've hated Valentine's Day ever since.

His GF ignored him while she was hanging out at the other guy's house.

One day she wasn't texting back, and I got a message late in the afternoon saying "Sorry I've been busy. Oh by the way I think we should break up." I then found out she'd been at another guy's house the whole day. I don't know how long she'd been cheating on me, and I don't want to either.

His first girlfriend cheated on him with his best friend.

High school, freshman year. Dated this girl for a couple of months and I was stoked because she was my first girlfriend. Anyways, she cheated on me with my best pal and he told me what happened and that she was breaking up with me.

This guy got dumped after his GF went on a romantic vacation with her ex.

GF of a few months went to Paris with some friends (1:20h flight from here) and by pure chance met her ex who had left her before. She came back explaining she would leave me for the chance of being with him again after they fucked around in Paris. It was pretty bad. Being cheated on and broken up with. In the long run it was for the best. She stayed single for many years.

His GF of five years made him break up with her even though she cheated.

She cheated on me after five years of dating but still refused to break up (she was "confused"), so I had to do it. So not only did I have to be upset about the fact she cheated, but I also had to deal with her negative reaction to me breaking up with her. Dodged a bullet, though. I don't talk to her anymore but heard through a mutual friend she cheated on two other dudes she dated after me. Glad I didn't listen to her pleas to take her back.

His girlfriend accidentally sent him a picture of herself with the other guy.

I got Whatsapp messages. Three pictures with her and some other guy. She then added "Oops, these weren't meant for you."

This unsuspecting BF walked in on his girlfriend with the one guy he asked her not to speak to.

One time I walked in on my ex with another dude. And I had specifically asked her not to talk to this dude. And that's when I learned a very valuable lesson: Never, ever ask a girl not to talk to a specific person. Because they will seek out that person like they are the only water source in a nuclear wasteland.

His girlfriend made out with the other guy in front of him.

After dumping me she immediately ran over and kissed the dude she was cheating on me with. She looked as happy as happy could be.

Being cheated on is always going to be rough but I think it's safe to say that these guys got it pretty dang bad.