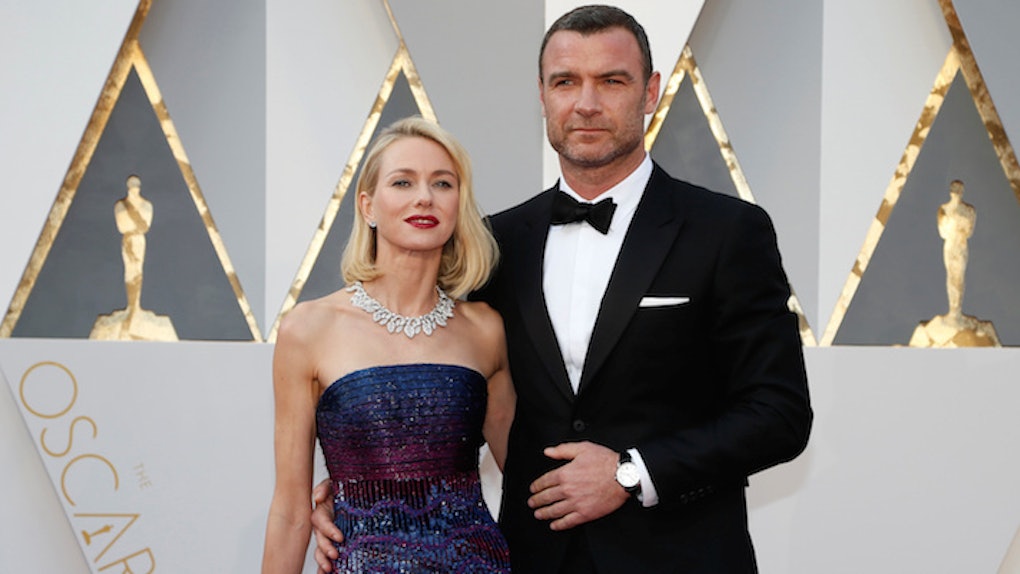 With the recent news of two of Hollywood's most long-lasting couples splitting, Brangelina and Liev Schreiber and Naomi Watts (even though the latter weren't technically married), I can't help but really think about the significance of commitment and whether or not it's obsolete in the modern world.

The kicker is that it's single people who feel this way.

According to a survey conducted by dating site Match.com, called "Singles In America," responses from over 5,500 single people across America showed an astounding 90 percent of single women believe you can stay married to the same person forever.

Before you say anything else, no, that isn't just a "single woman" phenomenon; 88 percent of single men believe in the same.

90 percent of single women believe you can stay married to the same person forever.

Not only that, but a third of single men and a third of single women believed it was OK to leave a "satisfactory marriage if you are no longer passionately in love." (I wonder if many of us are single because we project these ideals of long-lived passion and romance onto marriages.)

Stats like this also beg the question about what "passionately in love" means to different people. It seems to me that wanting to stay in love with your partner is a reasonable expectation to have when getting married, but keeping that spark forever may be a little unrealistic.

Despite singles' lack of belief that there's only one perfect person out there for everyone, most of them still want to make lifelong bonds with partners. According to the survey, 47 percent of single men and 56 percent of single women agree with the idea of "'til death do us part."

So we want lifelong love, but we also don't necessarily believe we'll stay with just one person.

Dr. Helen Fisher, biological anthropologist and chief scientific advisor to Match.com, points to history to make sense of this belief:

In hunting and gathering societies, men and women often had two to three spouses over the life course; serial monogamy was the norm. These data suggest a return to this 'reproductive strategy,' known today as the Marriage-Go-Round.

So maybe the answer to a successful marriage isn't necessarily getting married just once, but a couple of times, once the love of one marriage grows stale or less passionate. After all, over half of single men and women disagree with the idea that having more than one marriage in a lifetime means you've failed.

On the other hand, if you're great at keeping the passion alive, you might just luck out with marrying once.