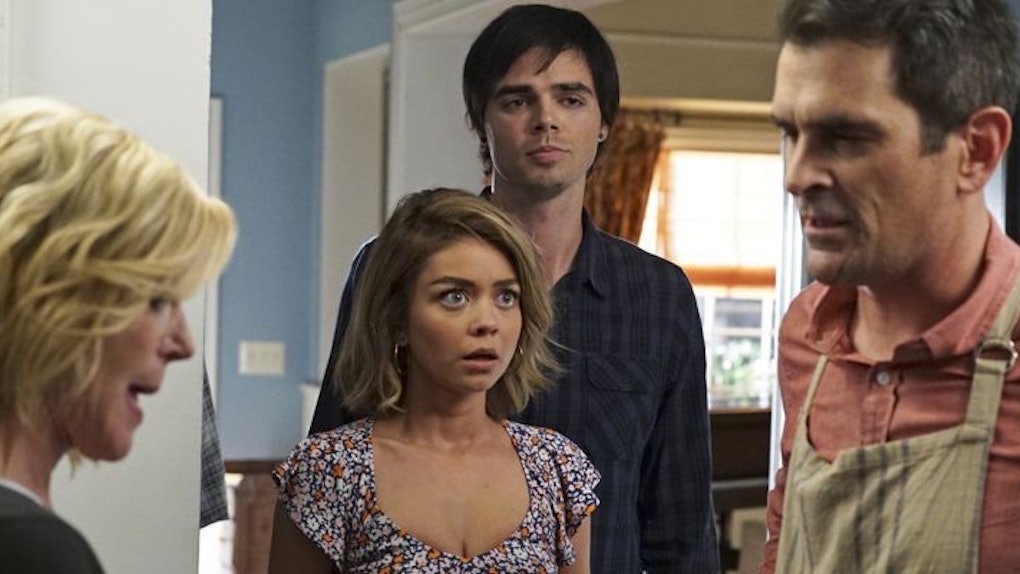 Your Parents Are Probably Right If They Don't Like Your Boyfriend

When I was new to the whole dating and relationships thing, I dated someone my parents truly did not like.

Actually, "did not like" is a huge understatement — they genuinely loathed every bit of him.

Even though this was my first boyfriend and I had NO clue what I was up against in the dating world, I was smart enough to know from the get-go this guy was bad news.

He criticized me all the time for basically anything and everything, he was controlling and he made me cry more than he made me smile. Eventually, he broke down my self-esteem to almost nothing, giving him more power over me than anyone should ever have in a relationship.

Just as I knew what this relationship was doing to me, I knew my parents were not blind to the changes in me. And they knew exactly where — or should I say who — they were coming from.

Before the parental meet-and-greet that was set to take place over the holidays, I was fully aware that my “blissful” relationship was about to encounter a whole lot of bumps in the road or even come to a screeching halt.

As I expected, from the minute I opened the door and let him into my parents' home, our relationship was changed, never to return to the prior state of “bliss."

While I was choosing to be blinded by what I perceived to be love and affection, I ignored a lot of red flags. My parents, however, could see those red flags clearly.

Upon meeting him and for the years of our relationship that followed, my parents consistently encouraged me to see the issues and red flags that were present every day.

My parents chose to show me their love in what was likely the hardest way for them to do so: by encouraging me to break up with someone I thought I was in love with.

In return for their guidance, I started closing them out of my life and began to alienate myself from my sisters as well. I hated them for trying to “control” my life and my relationship, all while not even caring to acknowledge they were doing so out of love for me.

They were worried about the repercussions this relationship would have on me in the long run, as well as what it was doing to me in the short run.

I chose to deal with my parents hating my boyfriend by cutting my family off from me. I wouldn't answer calls, and I would pick fights, scream and be mean for no reason. And at the same time, I was growing closer to a guy who treated me terribly.

I became so stuck on “being right” about him and was stubborn about the fact that my family did not see what I saw; I thought they were in the wrong.

Most of all, deep down, I knew that if my relationship ended, I would be heartbroken, and my family would be happy. That thought emboldened my stubbornness to stay in a shitty relationship for years longer than I should have.

Eventually, with no self-esteem and no more tears left to cry, my boyfriend and I broke up. I kept the breakup to myself and away from my family for days because I was afraid of the dreaded happiness on their part.

When I told my parents the news of the breakup with my tail between my legs and no pride at all, my dad responded in a way I never thought he would, and even years later, I will never forget it.

He said, “I'm really sorry, honey. I know how hurt you must be, and you know your mother and I love you very much. We've always been here for you, and we'll always be here for you.”

This was not at all what I expected to hear. I was convinced after treating my parents like shit in the name of my shitty boyfriend, they had had enough with me and would do nothing but lecture me about all of the mistakes I made along the way.

Boy, was I wrong.

My parents took the hard road and spoke up when they knew something was wrong in my relationship, knowing all too well it could negatively affect their relationship with me. It did, and I let it.

I chose to deal with my parents hating my boyfriend by being a baby, being stubborn and, quite frankly, being an idiot because I chose someone who treated me with no respect over a family who cared enough to speak up.

I am blessed to have parents who love me enough to tell me the things I do not want to hear and who encourage me to break up with an asshole.

If I didn't have them, who knows who I would be and whom I would be with today.