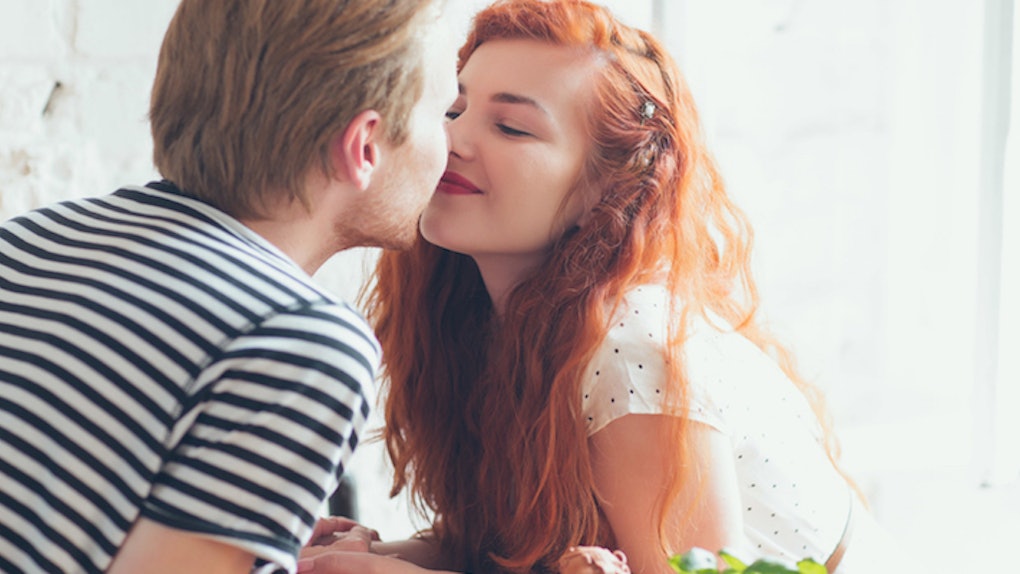 How do you know if you're attracted to someone?

Merriam-Webster defines attraction as “a feeling that makes someone romantically or sexually interested in another person.”

But what does that actually mean, and how do you know when you really, truly feel it?

Is it like a supposed crush, where every time you see them, your face lights up as though you opened the best Christmas present ever? Is it just their features lining up so perfectly that leave you in awe?

What if you think you feel the attraction, but aren't sure if you actually do? And what if you're in a serious, long-term relationship with someone and are questioning whether or not you're attracted to them?

... And what would happen if you told them?

Rest assured, I have been there. Here are the do's and don'ts of what to do when you realize you're not attracted to your partner anymore:

It's not a bad idea to tell them. In fact, it's pretty necessary. You can't keep stringing them along.

Relationships are not built or strengthened on lies. No, they're built through trust and open communication.

Do: Think about your SO's feelings.

Think about the best way to start your conversation so as to not upset them.

Remember, this is delicate.

Don't: Let them think it's their fault.

Especially if you love them.

Don't act like it's their fault for being so "unattractive" in your eyes.

Do: Let them know it's an issue with you and the way you feel.

Let them know they are a wonderful human being. If you love them, tell them you love them. (I assume you do if you are in a long-term relationship.)

Explain to them that feelings change. And when they get sad, let them know it's just something within you that has changed and nothing else.

Don't: Try to change them to fit your ideas of attraction.

If they change on their own free will because they want you to find them attractive, that's one thing. It's another thing entirely to want to change someone to fit your own needs.

If you don't want to end the relationship but you know your sex life has been seriously impacted by your change of feelings, do talk to them and work it through.

Maybe you have some sexual preferences you want to explore? Now is the time to experiment; it could save your relationship.

Do: Come to a compromise.

Whatever agreement you come to, make sure you each have an equal part in contributing ideas.

Remember, it's normal to not be attracted to your SO at some point in your relationship, so don't expect things to be perfect all the time.

But just because things aren't perfect doesn't mean you should end the relationship because of this issue. This can be resolved.

Trust me, I've been in this situation before, myself.

I had fallen in love with a man. I didn't fall in love with them because of his looks, though. And I doubt you did either.

When we first got into this relationship (and when you got into yours), we agreed to be in a relationship with every part of each other, quirks and idiosyncrasies included.

Our feelings for each other were not just based their outer appearance, although, yes, it was a part of it.

Somewhere down the road, my love for their quirks and idiosyncrasies no longer were enough to keep me happy. And I'm guessing the same thing has happened to you.

You wanted more, and you wanted to feel a deeper attraction. And that's OK. It's human to feel that way.

If you do decide to break up for this reason, do know that since you are in a long-term relationship, it will probably be best to not communicate for awhile afterward.

It's going to be a tough breakup, and you need to give them time to heal.

But don't make a big change in the relationship without thinking and talking it through first.

Chances are, if you end the long-term relationship, you will probably miss them indefinitely, regardless of how attractive they are.