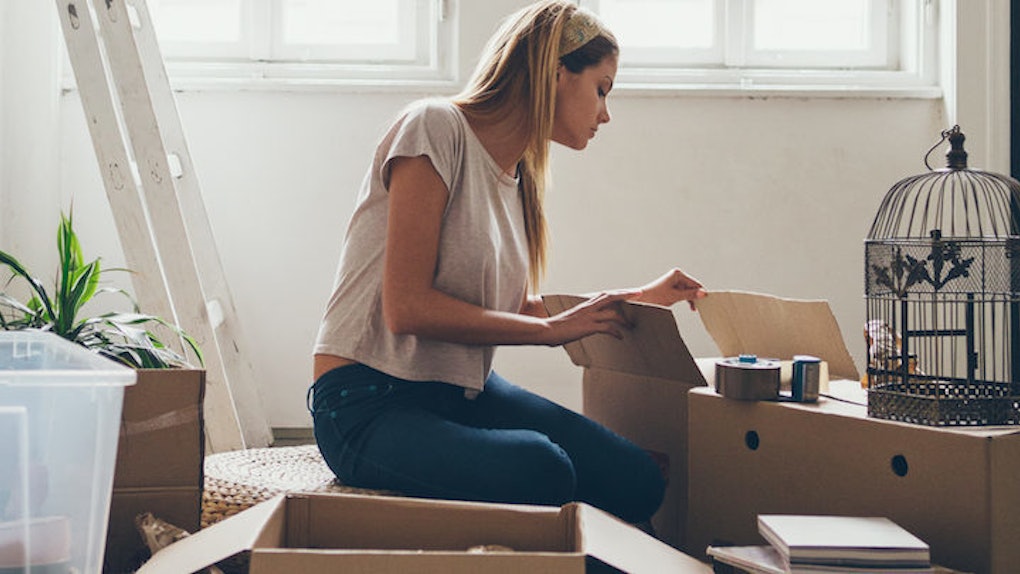 Imagine you're dating someone for six months and when you finally move in together, the connection you once had sinks immediately, like an elephant in quicksand. You realize that your pookie bear is a complete slob and that, although you still love his smile, you really don't appreciate his messy habits.

In addition, you learn that he hates when you play loud country music while cleaning the house and that he's allergic to your favorite food. Let's add the cherry on top and say that he's a "two minute in bed" kinda guy. *Sighs*

What if all of the time you invested in this person sadly results in you strategizing how to get the f*ck out of there as fast as possible?

I assume that for most people, this is not that hard to imagine, and that many of you are likely currently in this sh*tty situation. This is a problem, and there must be a better way.

What if you knew what life would be like living with someone before you make a long-term commitment?

The Problem With Traditional Dating

Tradition suggests that we should take time to get to know someone. Of course, this idea is reasonable, but only to a certain extent. For me, it brings up more questions than answers.

The problem with the idea of "taking time to get to know someone" is the issue of time itself. How much time should you spend getting to know someone? Furthermore, how do you know when you actually, truly know someone?

It's common to believe that you’ll be ruining something special if you experience it too early or "rush into it." However, it’s not unpopular for people to move in together and/or have sex before getting married.

Given the high divorce rates, especially in America, we should probably start trying something new like, now. And, despite what they all say, "moving too fast" actually works for some people; especially if you value your time.

Is he or she tidy or messy? Productive or procrastinator? Physically active or a couch potato? Good in bed or no sexual chemistry?

Some of these things are real deal breakers for many, and it’s impossible for you to discover these issues if you don’t live together for a certain period of time. No matter what your future plans, the one thing you will eventually do with anyone in whom you're romantically interested is move in together.

Living together means agreeing to share your life. It's a big deal, but it can be a tremendous waste of time if you're living with the wrong person.

Sure, we all learn from mistakes and you can argue that no time is ever wasted. But, you can at least be more efficient with your time if you can get to know someone much quicker.

I’d like to suggest an alternative way to traditional dating.

It's called “Loverooming.” The urban dictionary defines it as: "To temporarily stay with someone you're attracted to; usually for two days or more."

I think it's best to live with someone for at least one week. Loverooming is like living together, but not officially.

You can still go on dates, but at the end of every date, you actually go home together. Sex doesn't have to be involved, but I'm sure it'll happen and that's okay.

Overall, I guarantee that you'll learn much more about a person in one week of living together than you would in three months of dating. In other words, it'll be a "one-week stand."

The origins for the word "loverooming" actually comes from a website called LoveRoom. LoveRoom is a free site for single people to meet others who are willing to live together for a short period of time.

Of course, you don't need a website to meet new people, but it if you want to try this method with others who also do too, you might find it useful.