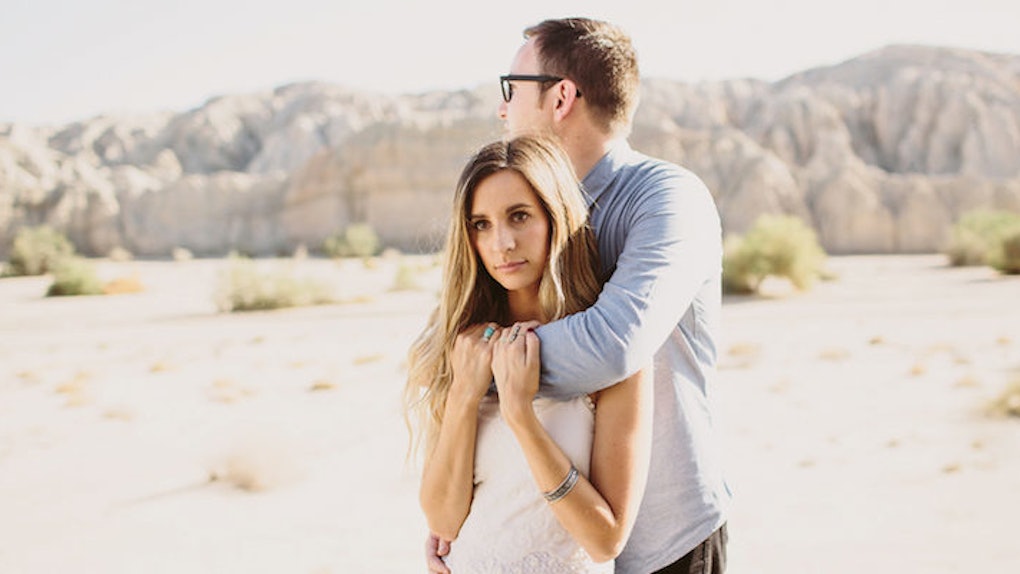 Never Settle For Someone Who Thinks Being With You Is Settling

I had an interesting conversation last night with an old friend of mine.

She’s known me for most of my life and knows my love life relatively well -- so only naturally, that’s where the conversation headed.

You know, the sort of small talk you have with people you’ve known well for over a decade.

I got to telling her that, although I’m not ready to get down on one knee, I would like to be part of a serious relationship.

It’s been several years since I’ve been part of one, and I feel like at my age, it’s only beneficial.

At the very least, I could use some more practice. If you haven’t seen anyone seriously for a while, you get a bit rusty. It’s not a ritual you can enjoy on your own.

Of course, this is where my friend steps in and warns me to make sure I don’t simply settle for the next woman who walks into my life.

This actually made me chuckle a bit. Not because I think too highly of myself to allow myself to settle, but because I simply couldn’t. I’d be miserable.

I understand why some people settle; some don’t think very highly of themselves, have the courage to call it quits, others don’t yet understand what they need in a partner and don’t realize they’re making a mistake, and some feel like they're running out of time.

But none of those reasons are good ones… except maybe the last one. You can’t fight time, I’m afraid.

The rest are things you can fix, change for the better. Settling for someone when you have other options is both stupid and depressing.

What about when the tables are turned? What if you’re not the one settling… what if your partner is the one who believes he or she is settling?

I haven’t found myself in that particular situation before, but it sounds like a really sh*tty one to be in.

Especially if you’re actually considering settling for someone who thinks being with you is settling.

You deserve someone who understands how incredible you are.

If you don’t know you’re incredible, then that’s definitely something you’re going to want to work on first.

If you aren’t capable of appreciating yourself, then you’re almost guaranteed to surround yourself with people who don’t know how to appreciate you either.

We tend to surround ourselves with individuals who reaffirm our particular beliefs -- even if those beliefs are self-hating in nature.

No person is perfect, but we all need to learn to love and appreciate ourselves first and foremost.

It’s true; some of us could use a whole lot of work -- so get to work. Then love yourself for making a true effort.

We all have things to work on, but as long as we’re actually working on them, there’s nothing to dislike.

Unless he or she can change and learn to appreciate you and love you for you, then he or she isn’t worthy of being part of your life.

In fact, it’s the worst kind of settling. You know this person can’t possibly love you the way you deserve to be loved.

You know he or she isn't capable of giving you the life you want. You know you won’t be happy, not really happy because you know what you know, and you decide to settle anyway.

In the world we live in today, the possibilities and options are endless.

No matter what small town in the middle of nowhere you live in, you almost certainly have Internet access.

I literally know a couple that got married after meeting on World of Warcraft -- yes, I think it’s a little odd, but who the hell am I to judge if they’re happy?

I know being alone is less than fun -- believe me, I do -- but no company is better than bad company.

Especially if you’re going to be spending just about every day of the rest of your life with that company.

You’re not allowed to settle in life. It’s what poisons the majority of first world countries these days.

It’s one thing when you don’t have a choice, when you aren’t going to meet a thousand eligible individuals in your lifetime because your circumstances will never allow for it.

This is the reality for some individuals. That’s not settling; that’s dealing with the reality you live in.

Settling is allowing yourself to do worse when you have it in your power to do better -- it’s choosing a lesser life, a lesser existence for the sake of comfort. Yes, comfort.

We settle because choosing not to makes us uncomfortable, because trying to do better is too much work, because we don’t like to take risks, because we aren’t willing to accept and grow as the people we are.

Settling is living life poorly. It’s wasting your life. The only reason to decide you want to spend your life with someone is if you love that someone deeply.

Unless you find someone to be an incredible individual, a person able to show you a better version of reality, don’t do it.

You’re almost certainly ruining your life and this person’s. If you have kids, they very well may end up suffering as well.

If you have the time to find someone else and still create the life of your dreams, then do so.

I know it’s scary, but you owe it to yourself to give yourself an honest chance at a happy life.