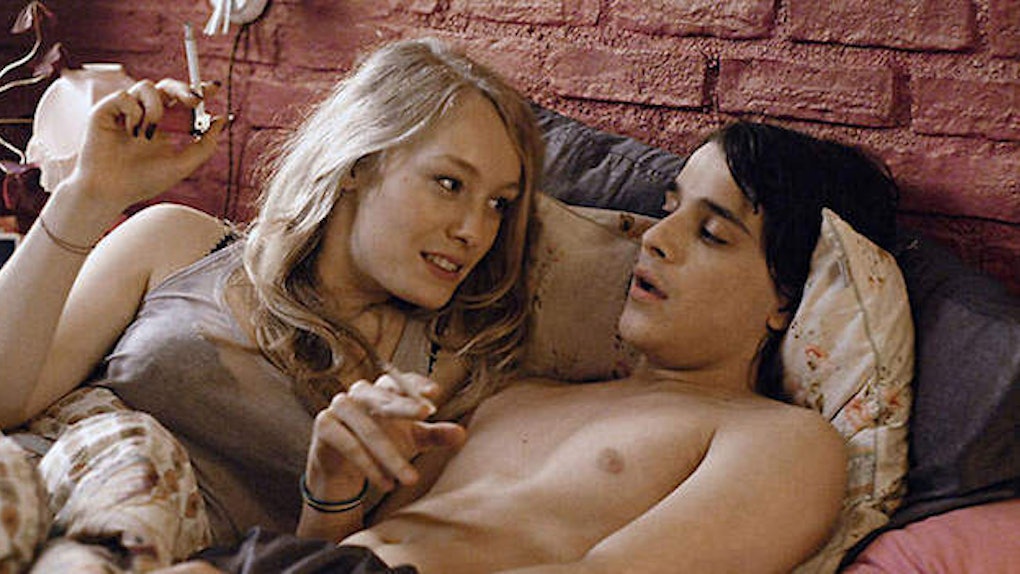 You Shouldn't Have To Force A Relationship, It Should Happen Naturally

As many single people in large urban areas may tell you, the process of dating can be much more exhaustive than it is exhilarating.

Finding a needle in a haystack is the best way to describe it: You go on date after date or meet person after person in the hopes of “clicking” in such a way that sparks a lasting connection.

Surely this is not the motivation for everyone when it comes to dating, but it is essentially the long-term goal of the majority.

Having fun is also a major motivation, but somewhere along the line, it sort of stops being fun, unless that connection is truly there.

In some cases, one person gets attached, and then everything gets a bit awkward.

Or, more often, in others, women like me would rather go to yoga and binge-watch Netflix than go downtown on a Thursday night to meet someone who is never going to call again for the fourth Thursday in a row.

And, for the guys, well, how many dinners should they plan to buy for girls they don't intend to see again?

For most of my friends, single or not, relationships seem to be the main driving factor that perpetuates most of their life goals.

And it's easy to understand why; even if plans for a family lie far into the future of their lives, most people's ultimate goal is to find someone to share their days with.

We allow ourselves to be triumphant or defeated, elated or depressed, motivated or stagnant based on our love lives.

In some cases, we base our self-worth and value in the hands of those we want to pursue.

Of course, this is not a universal generalization, but for people preoccupied with looking for love, the intensity with which we search for validation in the attention from others can be truly detrimental in the course of daily life.

As the author of this piece, it should be obvious that I am guilty of this as much as anyone, if not more so.

I spent far too much time preoccupied with the idea that if other people liked me, it would help me to like myself.

My self-value was reflected in the eyes of whatever man was pursuing me.

This was in part because I had always been in relationships, so I continually sought that out in order to feel the assurance of being partnered, but also because I was limited by my own self-esteem and needed to reinforce it in others.

When I was single for the first time in my life for a period long enough that being single had become my normal, I had what was, for me, a revolutionary realization: I was happy.

The only person I was responsible for was myself, I wasn't bogged down meeting the expectations of a partner or planning my social life around their agenda or putting someone else's needs before my own.

I realized that in order to be in a relationship again, it would only be for someone who truly made me feel like I had found a needle in a haystack.

It was a sort of "voilà" moment that made my heart do somersaults, not because they made me feel good about who I was, but because they added to my happiness in a way that inspired me to put their needs before my own.

What is it people always say? “It always happens when you aren't looking for it.”

When I finally decided I didn't need or want a partner to feel complete, I walked into a bar on a Sunday and picked up the only attractive man in there with the intent of sleeping with him and never speaking to him again. (Sorry, mom.)

And, there was a click -- a natural, unforced, chemistry that was inexplicable and very apparent to us both.

He had quit his job in London, flown to America and was buying a car to drive across the country.

It was his third night in New York, and I brought him home assuming I would never see him again.

What is it that they say again? “When you know, you know.”

By the end of the evening, we had plans to tour the city together. He spent the next 10 days (and nights) at my apartment, and by the time he was leaving to tour the US, I had bought plane tickets to meet him at several destinations along the way.

Essentially, it was the opposite of what we both wanted. He was embarking on a journey across the US, and obviously was in no place to be in a relationship.

I knew what I wanted at this point, and that was someone who was as amazing as he was, surely, but also available to me.

It seemed as though because we didn't really need each other, our desire to want each other came that much more naturally.

The point of my little love story is not that we are together, or that we found some kind of magical experience that sparked us to halt our lives and make it work.

Rather, the point is that finding your own happiness is essential before finding any sort of relationship and, furthermore, that such relationships just happen. When they do so organically, it isn't an exhaustive battle anymore.

Last week, I returned to New York City after spending three weeks driving around the West Coast with this man, who has now returned to his life in Scotland.

It was a blissful bit of my life spent hiking, camping, eating, exploring and laughing with someone who so easily fit as my other half for a time. And, then, his travel visa expired; I had to return to work, and we said goodbye.

This perfect little taste of what it felt like to be in a relationship with someone when you actually click motivated me to stop forcing the dating game upon my return to reality.

People give their romantic relationships the power to run their lives, but when you embrace and enjoy them — however fleeting — it really allows you to appreciate not only the relationship, but also the life you've made for yourself.

And as for us, well, if the whole experience taught me anything, it's that things will happen when and as they are supposed to.

What is it they say? “Good things come to those who wait.”