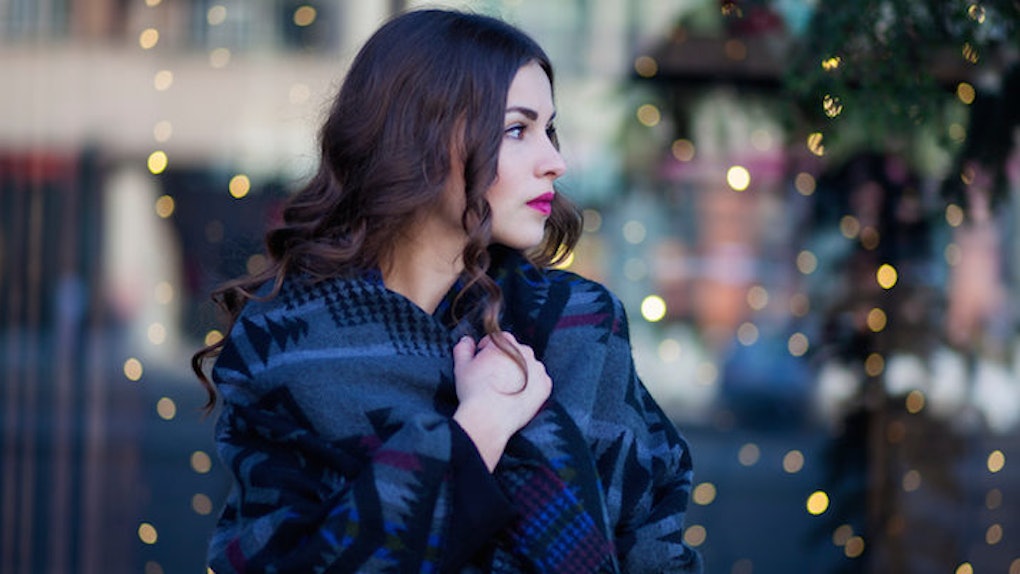 Euphoria is specifically defined in the dictionary as a feeling of great happiness and excitement. The thought alone — of having the possibility to experience such strong emotion — filled me with exhilaration like no other. I constantly wondered how it would come to be. I thought of numerous prospects, not once anticipating that it would occur in the most clichéd way of all, when I fell in love for the very first time.

I won't downplay it and say that I was too young at that time to know for sure if what I felt was true. Instead, I want to tell you that even though I was young, I knew that the definition of the aforementioned word clearly describes what it was that I really felt at that instance.

It all started with discreet glances from each party. We used to barely talk with each other, so no one really guessed that things would turn out the way it did. One "hello" turned to another, and another and another.

That was, until the day came that the skittish greetings evolved to conversations. Then eventually, we both admitted to each other — as well as to ourselves — the feelings that came to be.

I guess from that day forth, modifications took place in each of our lives. Even though I swore I'd never trade anything for sleep, I began to sacrifice hours of shut-eye to stay up with him until the wee hours of the night.

My hatred for excessive texting slowly eased off as well. I acquired the habit of typing out words the whole day through, only stopping to bathe and eat a meal or two.

It was as if every single emotion I felt then was heightened. I'd wake up from a deep slumber only to fall back asleep again with a smile on my face, knowing that I'd wake up the next morning and he'd still feel the same. That was, until the day came that his feelings changed.

Brokenhearted is synonymous to a lot of other terms such as crestfallen, depression, despondent, etc. Each one is explained as the feeling of great sadness. I could never deny that these words described what replaced my sunny vibe.

It was as if everything stopped working. My phone stopped buzzing. My laughter that was once described by others as infectious no longer had the same effect because it didn't feel authentic. My desktop computer sat idle for weeks on end due to the fact that I knew it would be difficult to control the urges I had to initiate a conversation with him.

I stopped going to certain places that reminded me of him. I stopped doing activities that we used to do. I stopped saying silly phrases. I stopped doing a lot of things, and unfortunately, it took me a whole lot of time to stop myself from loving him.

It was excruciating, that time after the heartbreak. I wanted so badly for time to move faster because I was so ready to get over him. But then, I realized the only thing obstructing myself from reaching that point was my own self.

I realized that what I needed to do was to allow myself to move on. It didn't happen instantly, but I figured I needed to take the first step away from him.

I am not telling you to do exactly what I did. I'm telling you that if you're currently going through the same thing that I did, you have to allow yourself to heal.

While you're at it, please don't even for a second think that the euphoria you felt only comes once in a lifetime. Maybe it'll occur differently the next time, but isn't that better? Doesn't the concept of experiencing love differently give you something to look forward to?

Let's wait and see. But first, get off the couch for me, will you?